It was the city of Descartes, not far from Tours (well known for its famous international indoor race) that was designated for hosting the last two rounds of the 2021 French Cup.

A 5m hill, no huge jumps but a very technical track with tight turns, perfect for some great passing action. The track was in very good shape but unfortunately the weather was disastrous on Saturday with very strong wind and lots of rain. So before junior and elites’ practice even started, the jury decided to cancel the whole day. Instead of two rounds it would all come down to a single event on Sunday. 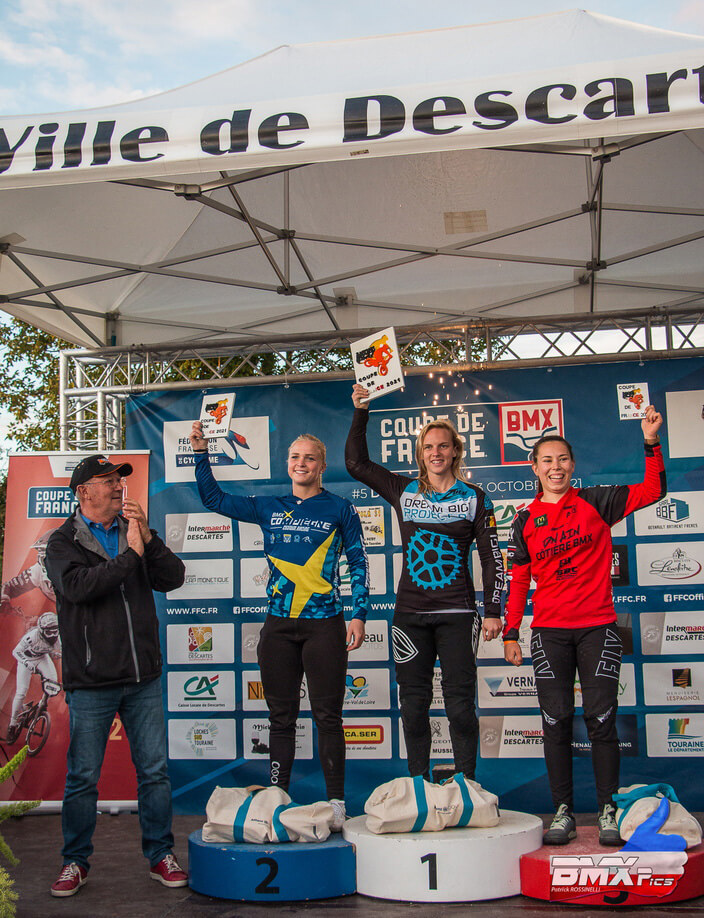 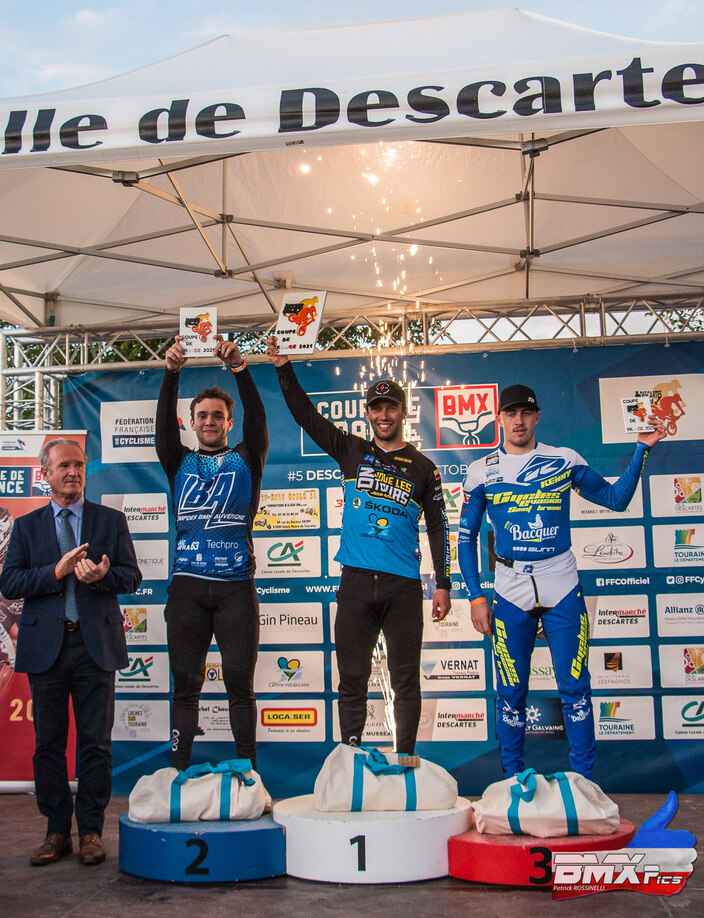 ​In the Elite Women’s category, three of the fastest girls were absent in Descartes. Indeed Marianne Beltrando, Axelle Etienne and Manon Valentino did not show up. So, without her three closest rivels, the road to the Championship title was cleared for points leader Charlotte Devolder.

Charlotte did not take it easy but instead rode very strong, all day long. Showing that she completely deserved her first title in the Elite category. She finished second on the day, only beaten by Belgian Olympian Elke Vanhoof who had a perfect lap in the main from lane eight. Behind these two, last spot on the podium was for another Charlotte, Ms Morot claimed her first ever podium in the Elite class. 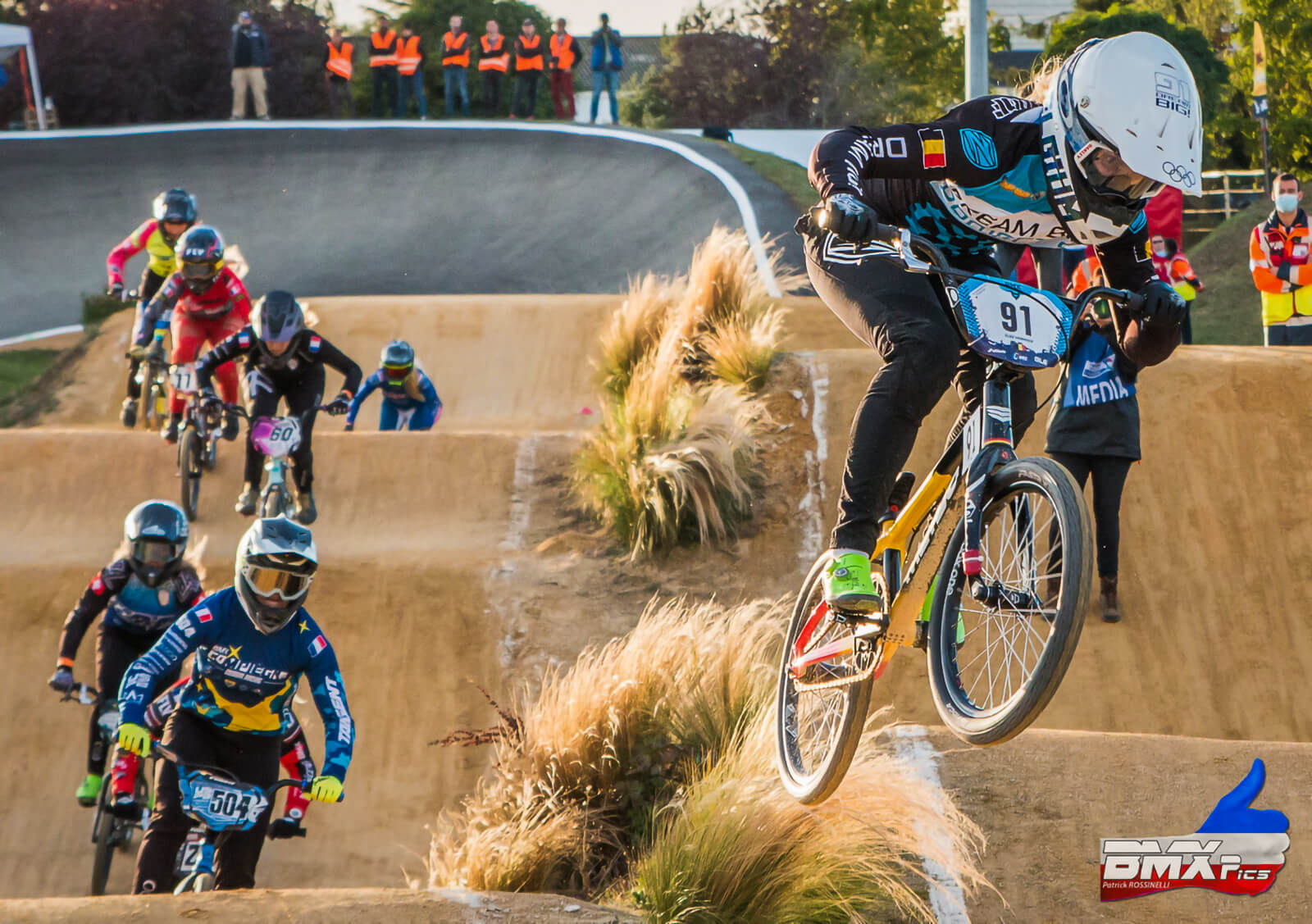 The rest of the main was stacked too with some pretty big names. Swiss champ Christelle Boivin finished fourth in front of Camille Marie, Mathilde Doudoux, Dutch girl Manon Veenstra and Célia Bonnet. The final contained riders from four different nations giving it a Euro feel.

After a very consistent season Charlotte Devolder wins the overall Championship title. She will be in Turkey for the last two rounds of the 2021 UCI World Cup, keep an eye on her. Despite their absences, Marianne Beltrando and Axelle Etienne kept their overall podium position. No doubt we’ll have many more battles between these three fast girls in the future. Impressive performance for Christelle Boivin and first year Elite rider Zoé Hapka, who both finish the year in the top five! 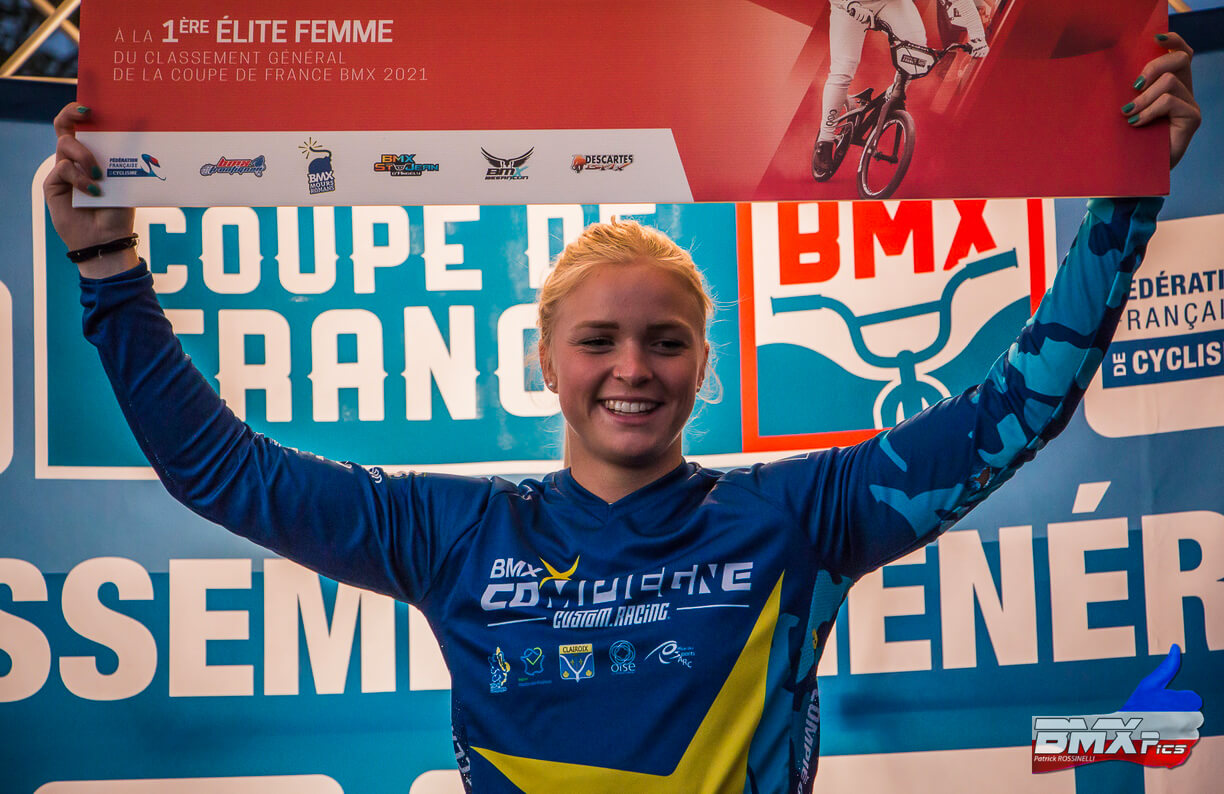 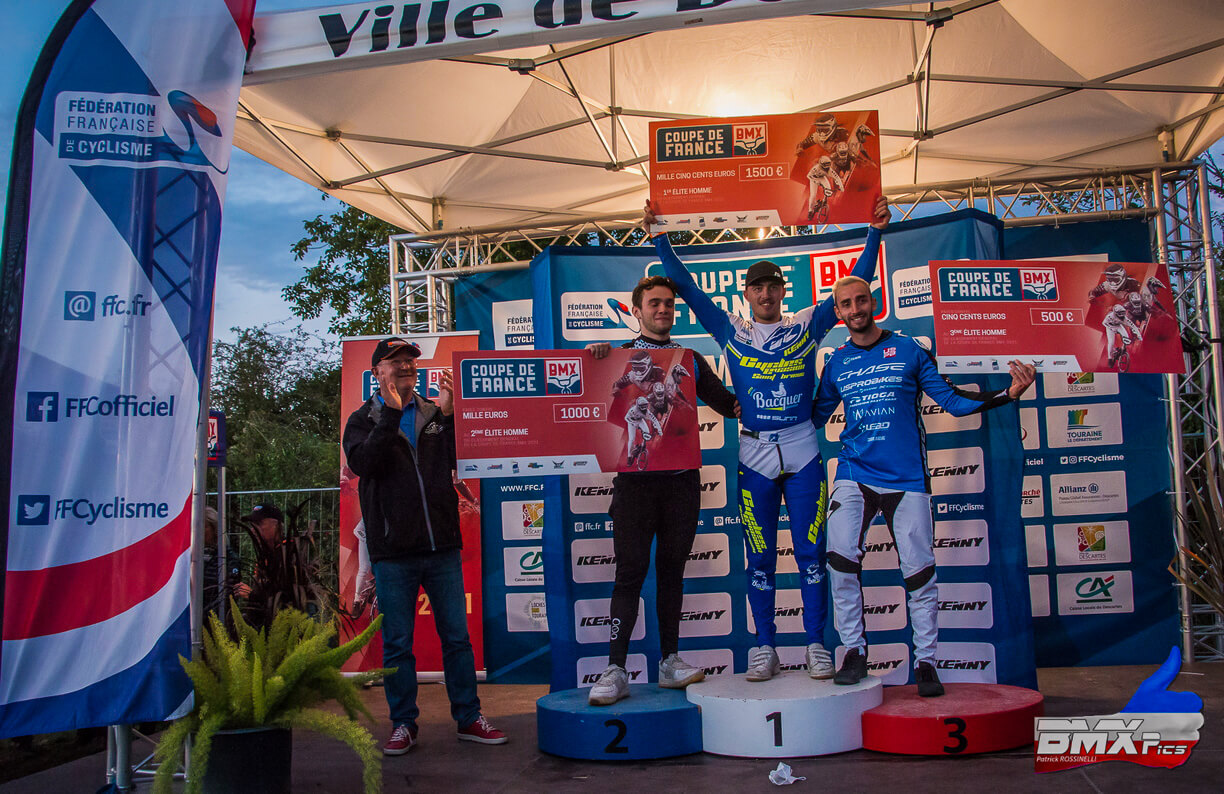 In the Elite Men’s category, Arthur Pilard came into Descartes with a big lead in the rankings, and with Saturday cancelled, the title was already secured before the race even started on Sunday. But Arthur was determined to finish this French Cup season with a win.

With big guys like Andre, Mahieu and Clerte being absent, it looked like nobody could prevent the European Champion from securing another win. But as always in BMX nothing is guareentted, and unfortunately for Pilard, a bad gate in the main saw him finish with a third place. Victory went to the veteran, and Franco Colombian Olympian, Vincent Pelluard. Viny was on fire all day long and showed the young guns how it’s done, four years after his last French Cup victory. A great day for him for sure, especially considering he was almost at home in Descartes. It was also a very good last round for Dylan Gobert who took the second spot on the podium. Dylan has made a lot of mains this year and finished with his best result of the season.

Simba Dardand also ends his French cup with a strong result as he got fourth place just in front of two heavy hitters, Mathis Ragot Richard and Amidou Mir. Great performance also for Hugo Marszalek and Corentin Dubois who also found their way to the last main of the season.

With four wins and seven podiums out of nine rounds Arthur Pilard showed he was the boss in this 2021 French Cup! Now he will have to defend his leadership on the UCI World Cup circuit during the last four rounds in Turkey. With his second place in the last round Dylan Gobert grabbed the second spot in the overall ranking in front of Karl Le Nagard, who kept is place on the podium by two points despite a crash in 1/8’s in Descartes. Mathis Ragot Richard, after his bronze medal at French National Championships came very close to another podium, while Valentin Deumie concludes a very consistent season with a top five.