It was the famous French track of Mours which was designated for the French Cup Rounds 3 and 4 on this, the last weekend of the summer holidays. A 5-meter hill, a very fast second straight, especially with a strong tail wind, and some tricky and tight second and third turns, that’s what all the riders had to deal with during these two days.

The Elite Women category was all about the long-awaited dual between Axelle Etienne, the French champion and Olympic finalist, and of course Mariane Beltrando, newly crowded Junior World Champion in Papendal, who won rounds 1 and 2 back in June.

Other than Camille Maire and Tessa Martinez, who got badly injured in Papendal, all the other strong contenders were there.

Day One did not disappoint, with a strong battle between Etienne and Beltrando in the main. Axelle didn’t crack under the pressure and won. 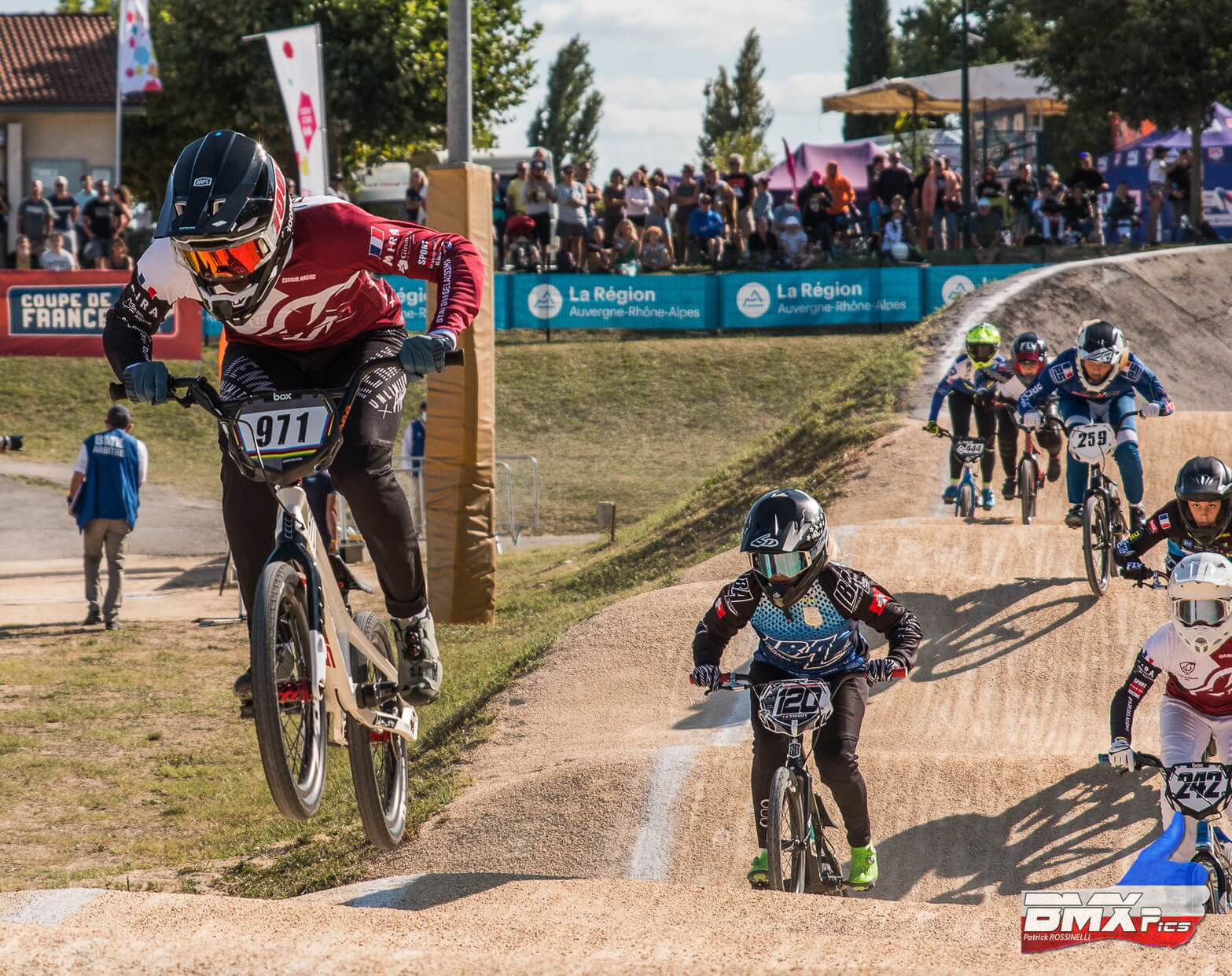 Unfortunately, Marianne crashed in the semifinal on day two and could not exact her revenge. Axelle was on her way to a perfect weekend with a double win.

Behind these two, the most consistent rider was Switzerland’s Christelle Boivin who had a great weekend with two third places! Impressive! Great results once again also for Charlotte Devolder with a fourth and a second place. Charlotte is now back at her best level and is showing a lot of consistency. Manon Valentino was close to the podium on both days with a fifth and a fourth. Mathilde Doudoux showed she’s now back in the game, making both mains over the weekend, she finished eight and fifth.

Five other riders found their way to the mains over the weekend. Celia Bonnet and Charlotte Morot finished sixth and seventh on Saturday while Zoé Hapka, Emma Jouteau and Lucie Lacoste got sixth, seventh and eighth on the final day. 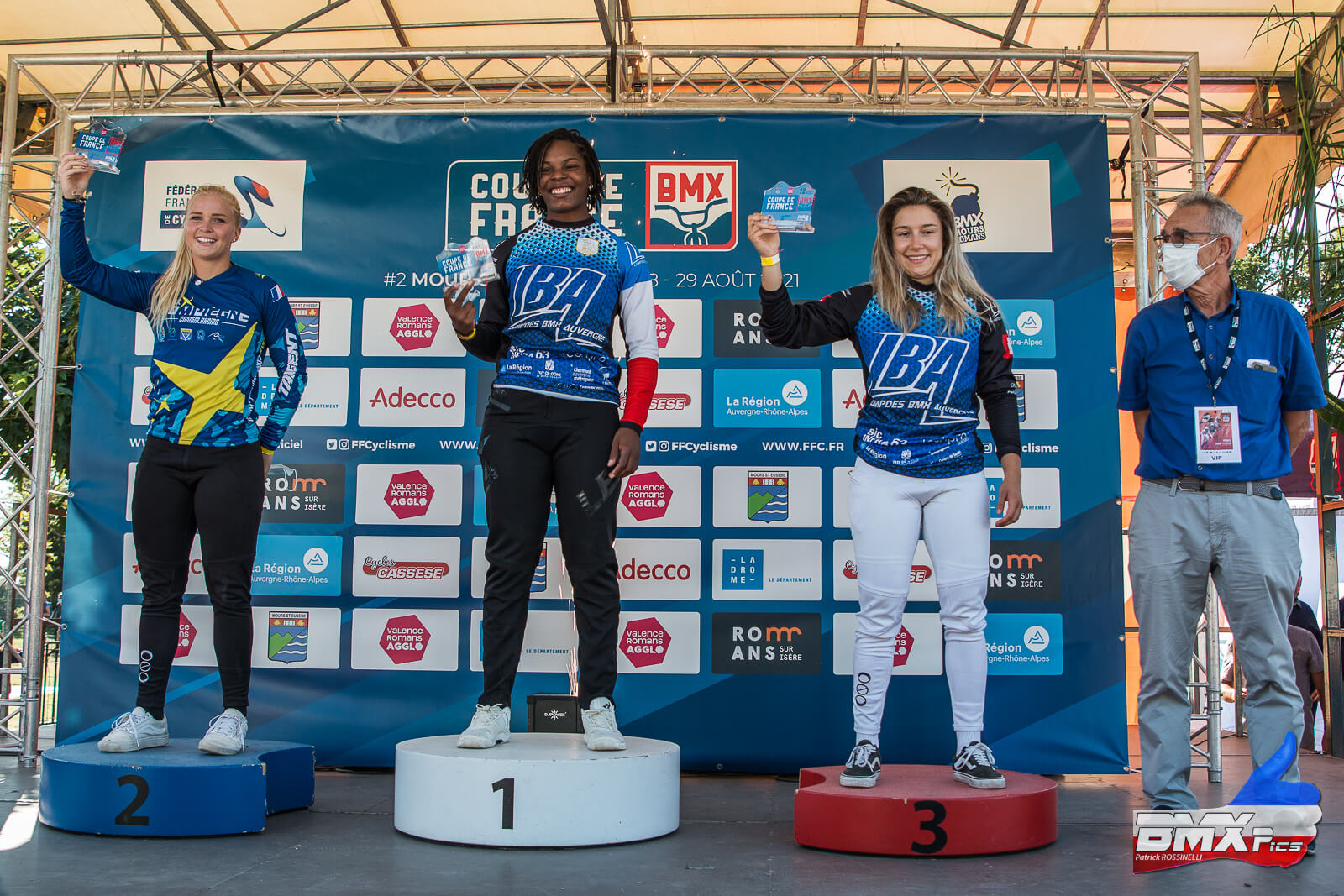 The Elite Men’s race was all about three guys, who secured the podium on both days!  The new European champion and World #5, Arthur Pilard, the new vice World Champion Sylvain Andre, and former World’s finalist and Olympian Amidou Mir!

Pilard was absolutely unstoppable on Day One, and got a strong win in front of Amidou and Sylvain, who drove back from the 4-Cross World Championships in Italy during the night! Talk about commitment and dedication #livetorace

On Day Two Sylvain Andre showed why he is wearing the French National Champion’s sleeve, and put it all together to get an impressive win in front of Arthur and Amidou who had a really good weekend! 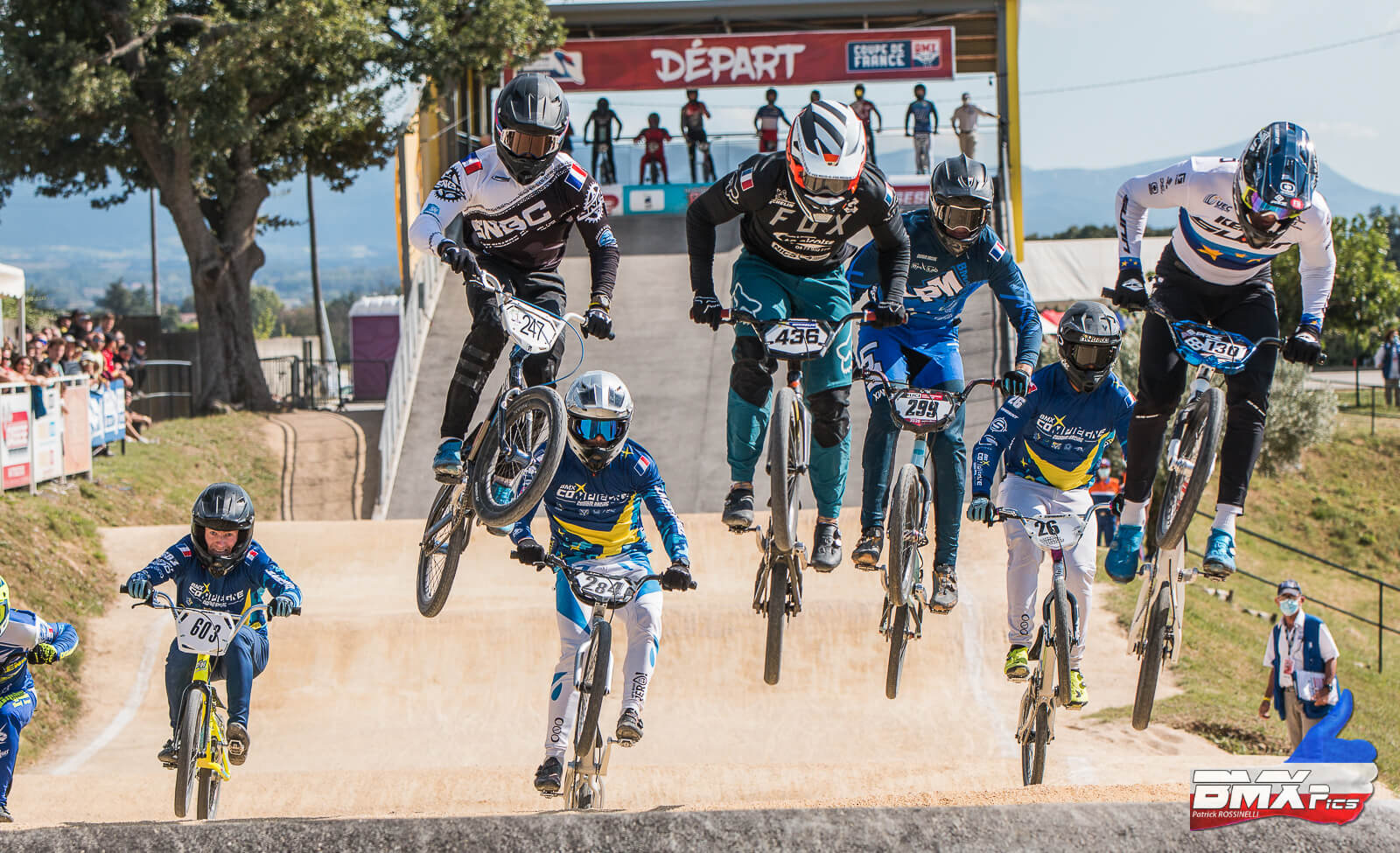 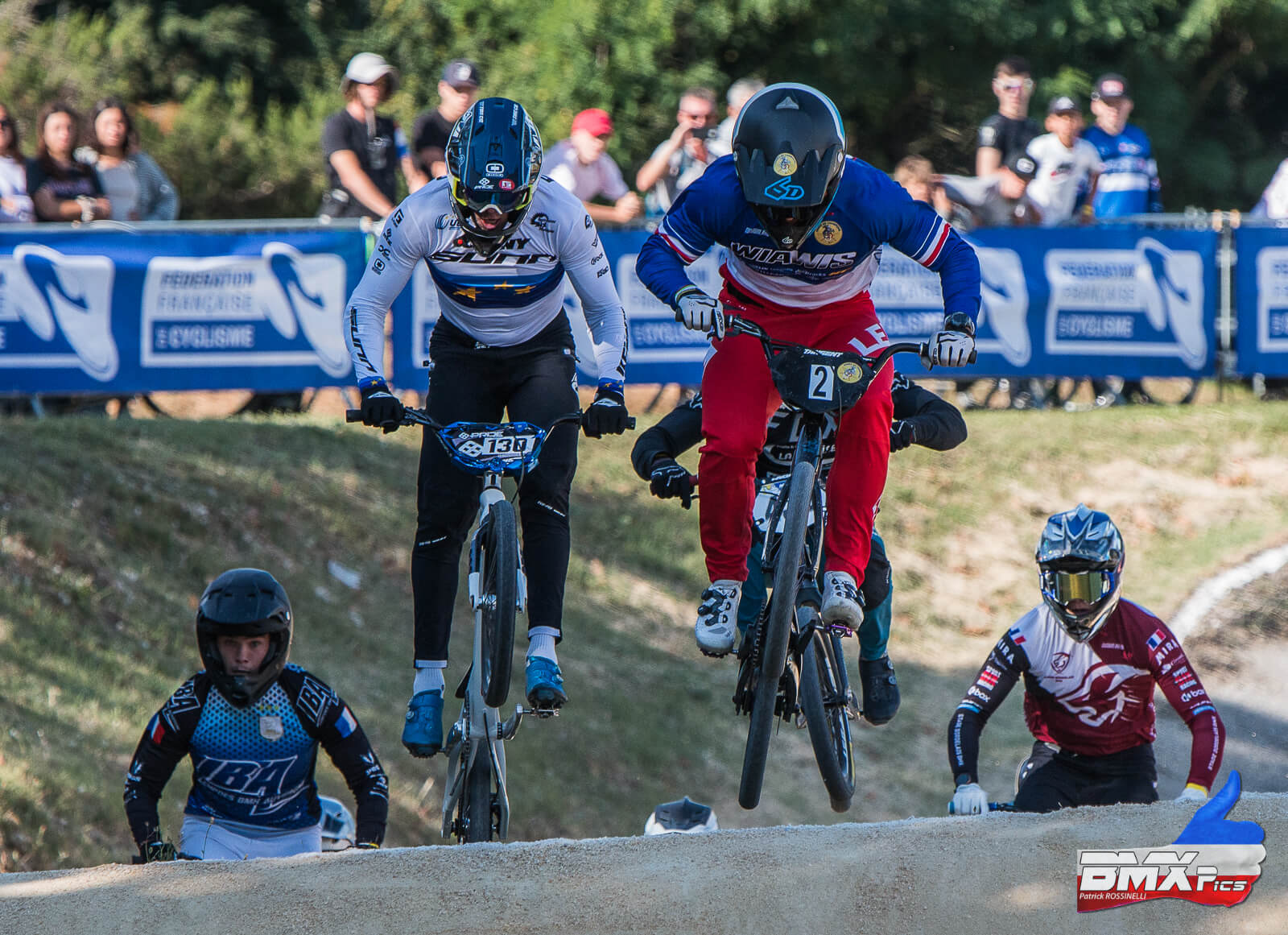 Behind the top three, the young guns were hungry! Eddy Clerte had a very consistent weekend with a fourth and a fifth while Dylan Gobert almost matched him with a sixth and a fourth. It was good to see Mateo Colsenet back in the final with a fifth place on Day One. Leo Garoyan also made the main on Day One but crashed on the first straight! Unfortunately for him, he damaged his shoulder and didn’t make it to the gate on Day Two. Hugo Marszalek (eighth on day one) as well as Karl Lenagard, Joe Chenaf and Nathanaël Dieuaid respectively sixth, seventh and eighth on Sunday also showed some determination and speed to reach the main. 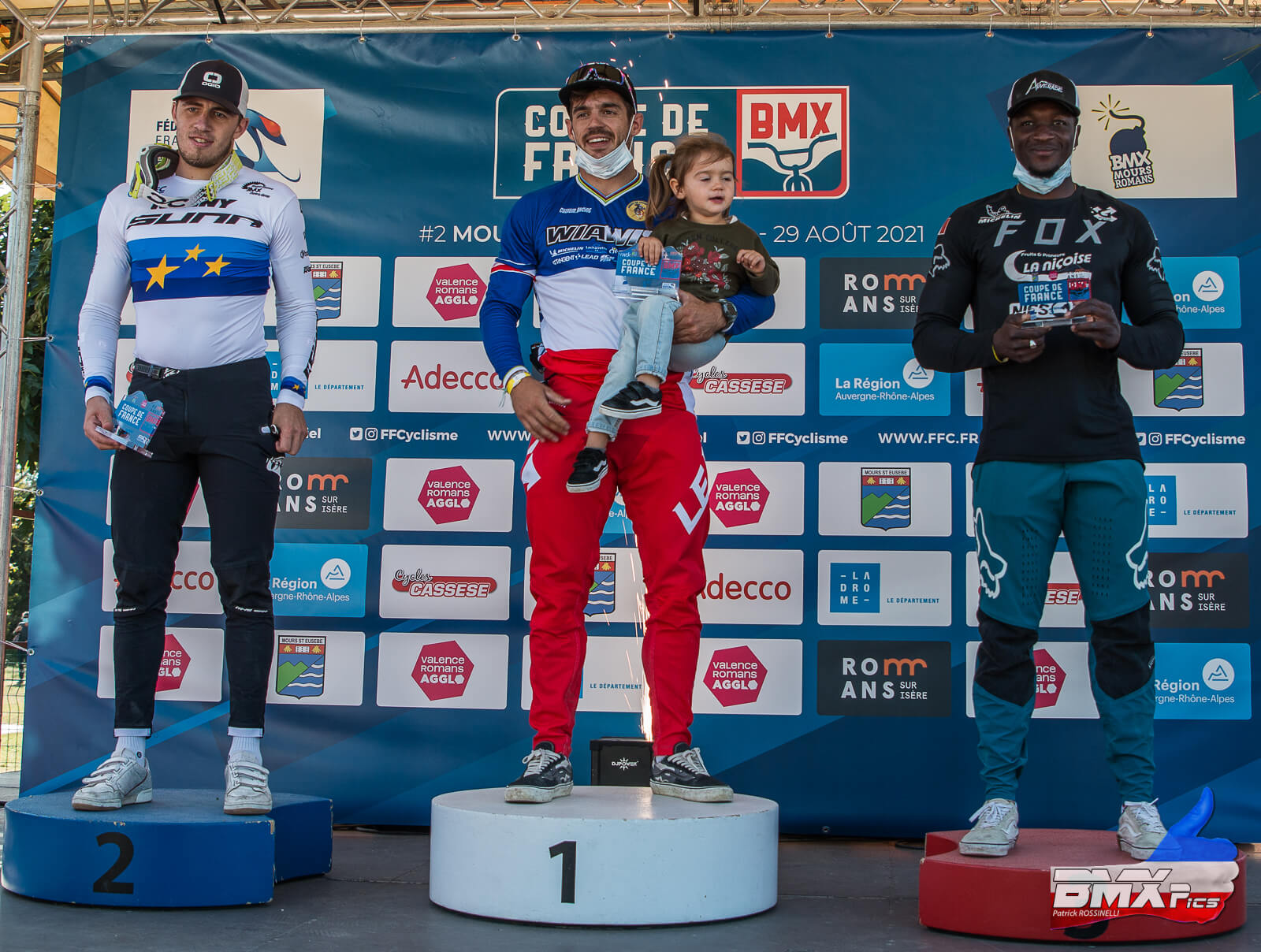