​The French BMX tour made a stop in St Jean D’angely on the west coast for French Cup rounds 5 and 6.

The track was in perfect shape with a classic start hill, a long first turn and some pretty technical lines. The great weather on both days also contributed to the ingredients for a spectacular racing weekend.

The Elite Women’s category was stacked, and everybody was ready for another dual between Mariane Beltrando and Axelle Etienne. Mariane, surprisingly finished fifth in semi on day one and had to watch Axelle winning with a very strong lap. But the Junior Women’s World Champion took her revenge on Sunday with an impressive win from lane eight, a Niek Kimmann replica! Axelle struggled on the hill but managed to come back on the podium with a third. Behind these two, the most consistent girl and new ranking leader was Charlotte Devolder who finished second on both days! It was an impressive weekend once again for Charlotte and we can’t wait to see her performing on the international level now. 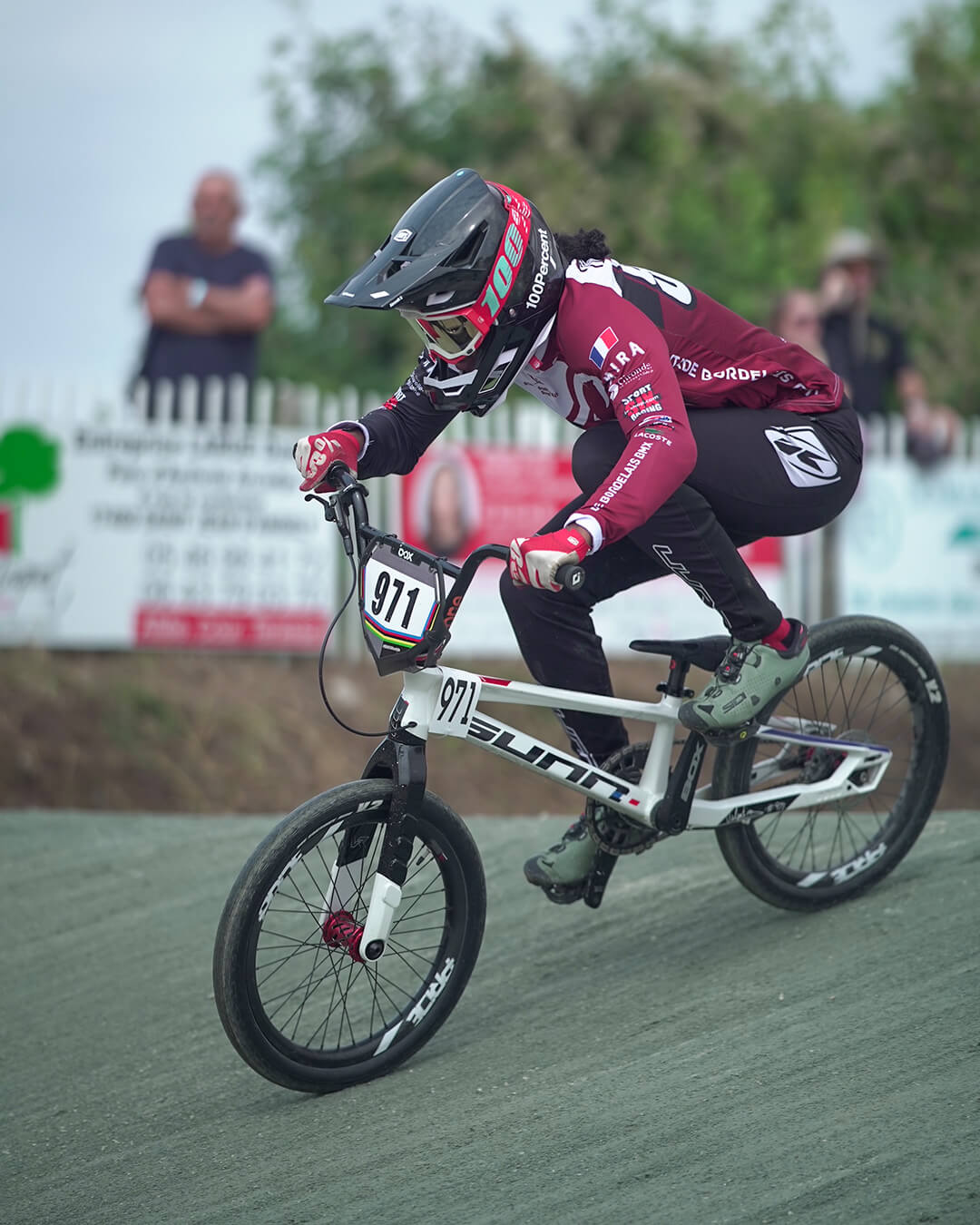 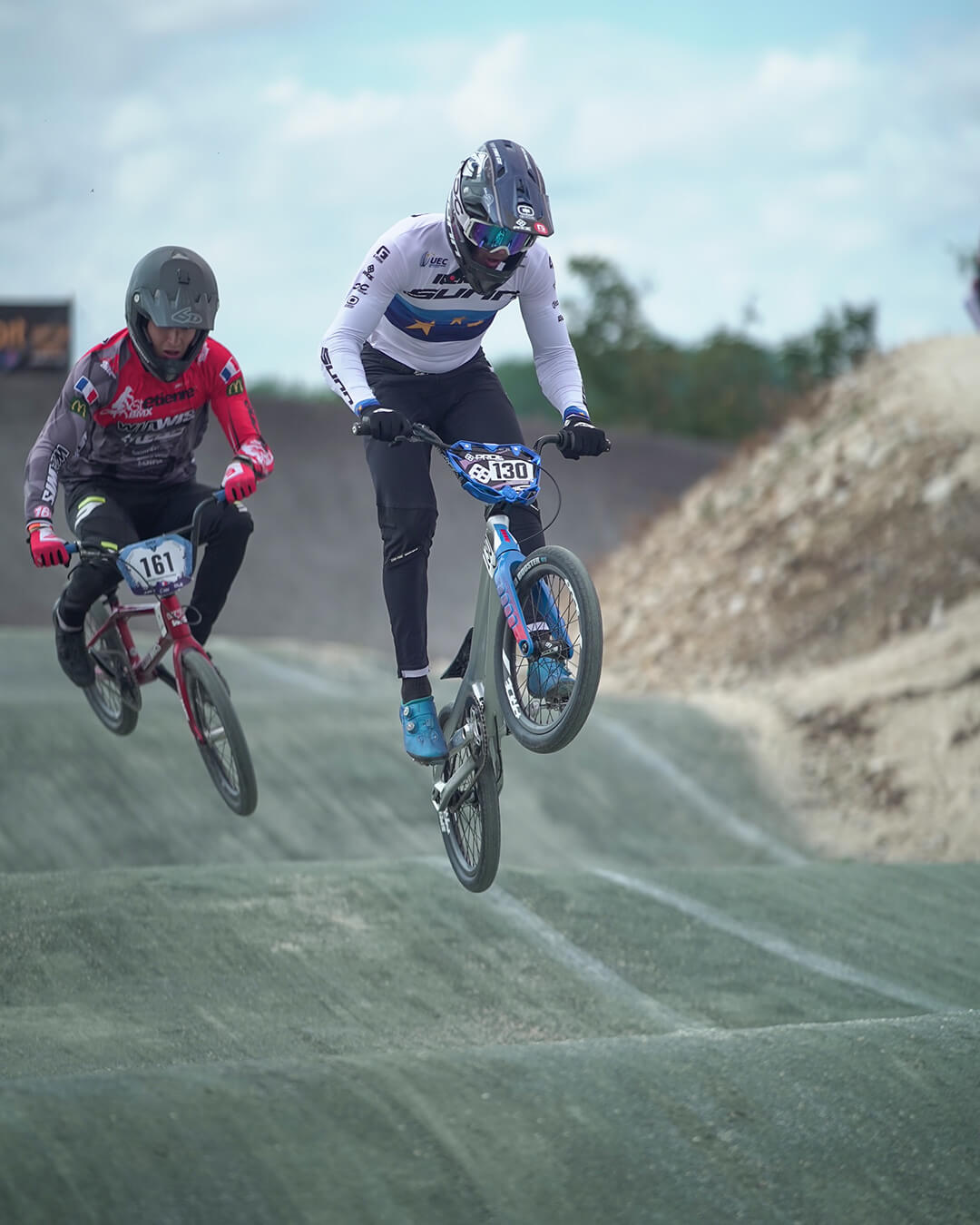 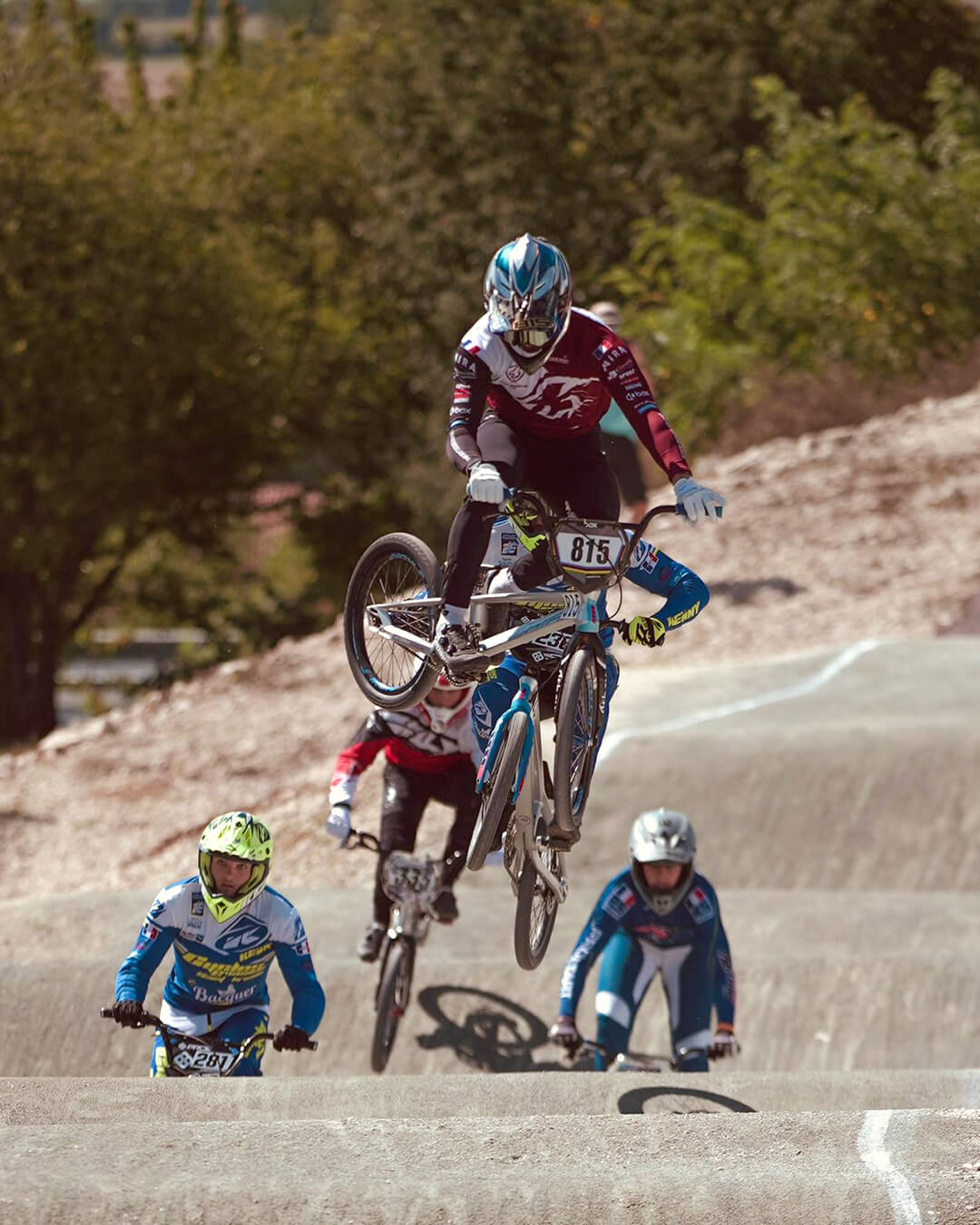 ​Four other women made their way to the main on both days: Manon Valentino was on the box on Saturday with a third and get seventh on Sunday. The Swiss lady Christelle Boivin had another consistent weekend with a fourth and a fifth. Camille Maire, back with her lucky 777 number got eighth and sixth while Charlotte Morot also had a strong weekend with a seventh and eighth in the mains.

Manon Veenstra, from the Netherlands, got a fifth on Saturday, while first year Elite rider Zoé Hapka finished forth on Sunday with some impressive first straights! 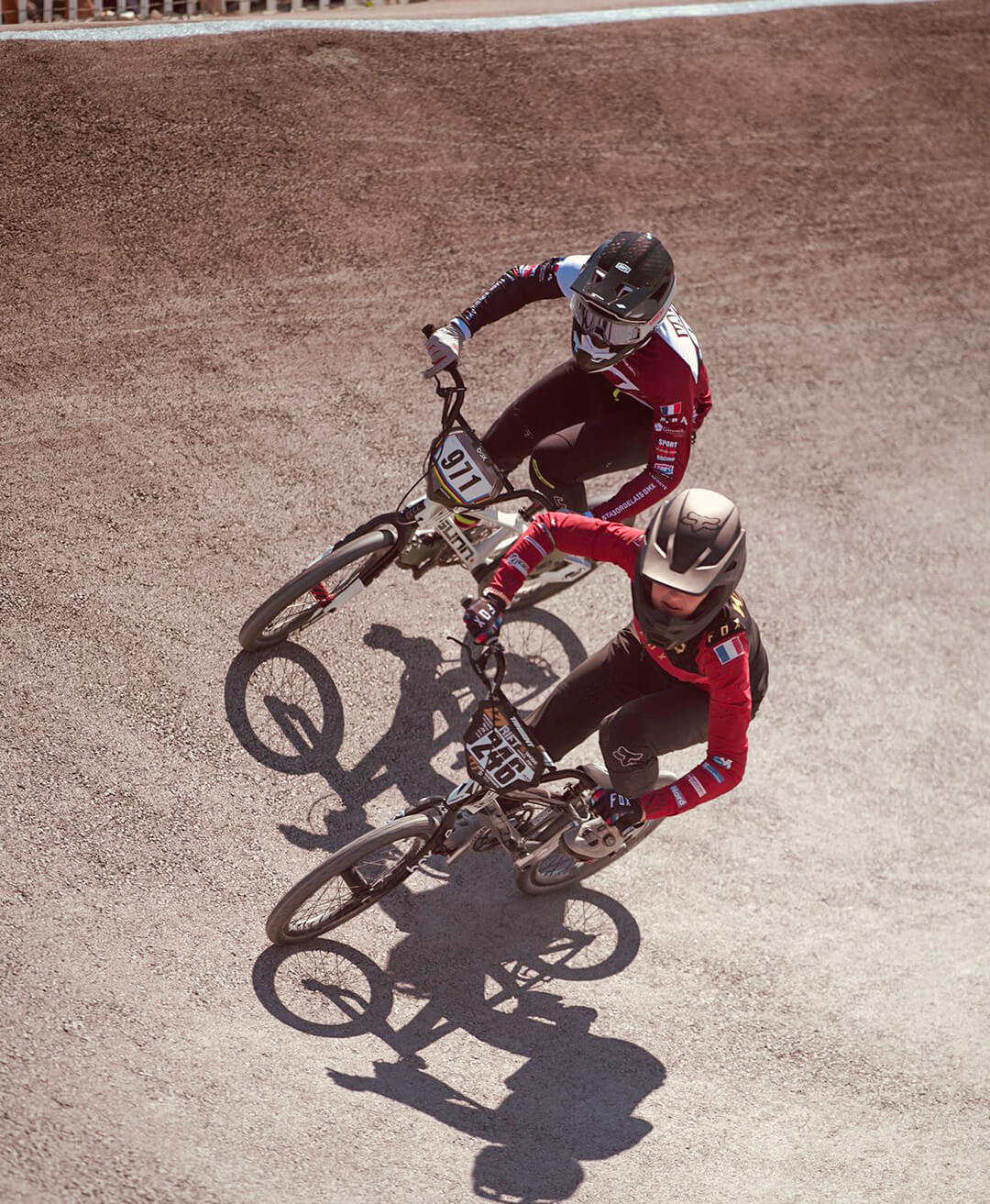 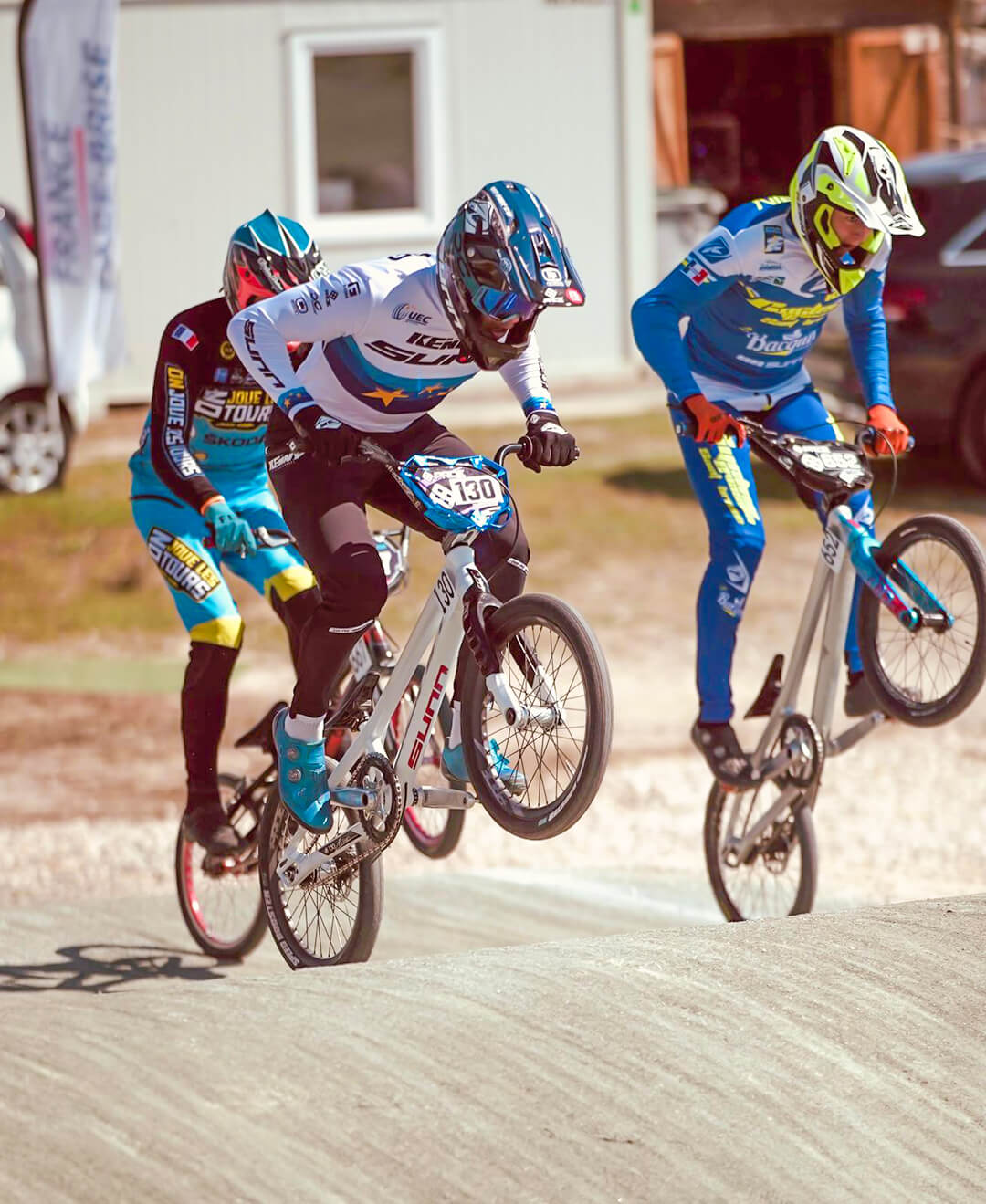 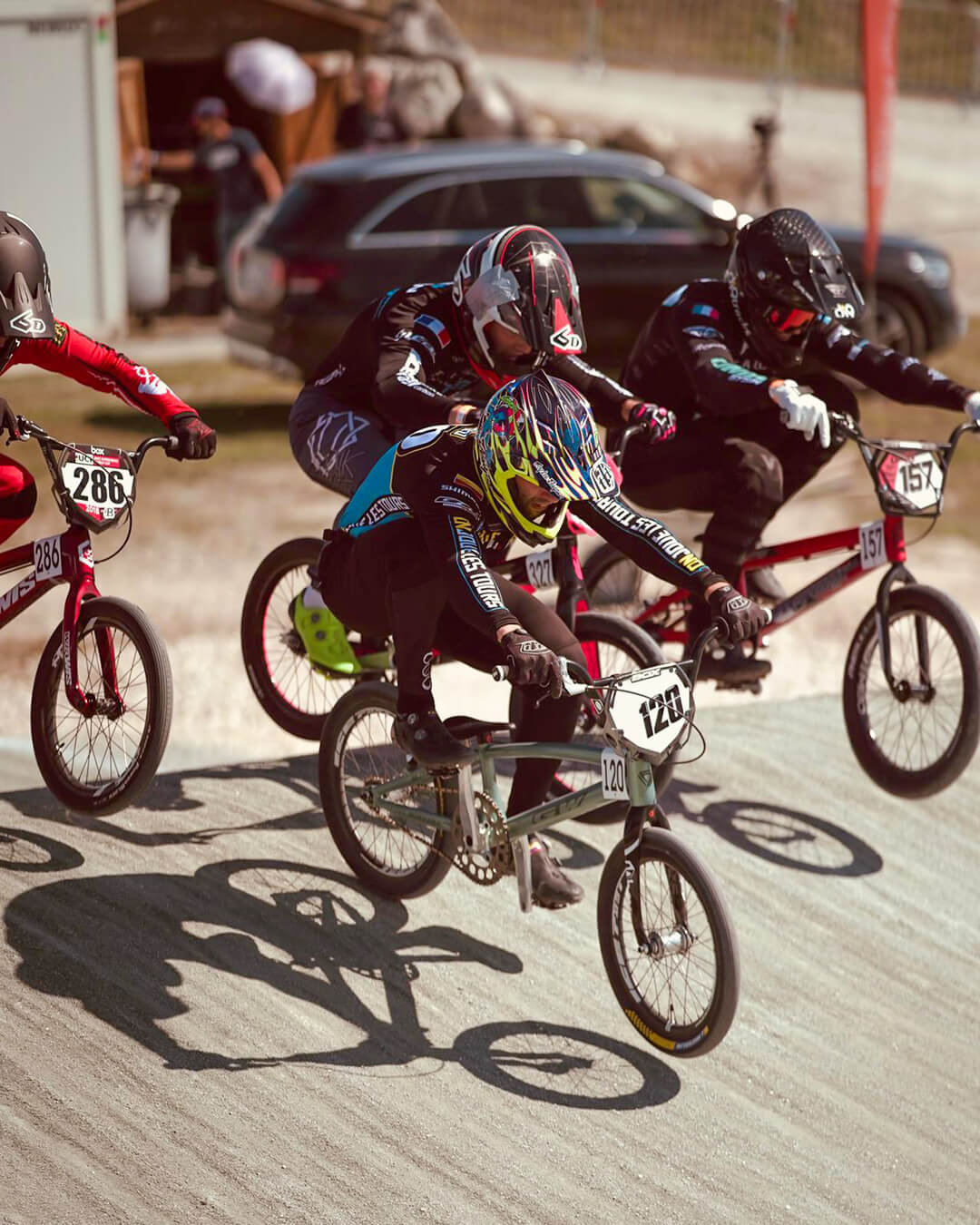 ​In the Elite Men’s side of the draw, Sylvain Andre was absent this weekend, a rare few days off, but another Olympic finalist, Romain Mahieu made his first appearance at this year’s French Cup.  And RM100 showed up with intent, with a solid victory on Sunday!

Arthur Pilard confirmed he is still on fire with a photo finish victory against Mathis Ragot Richard on Saturday and another consistent ride on Sunday, with a third place, extending his lead in the overall rankings. 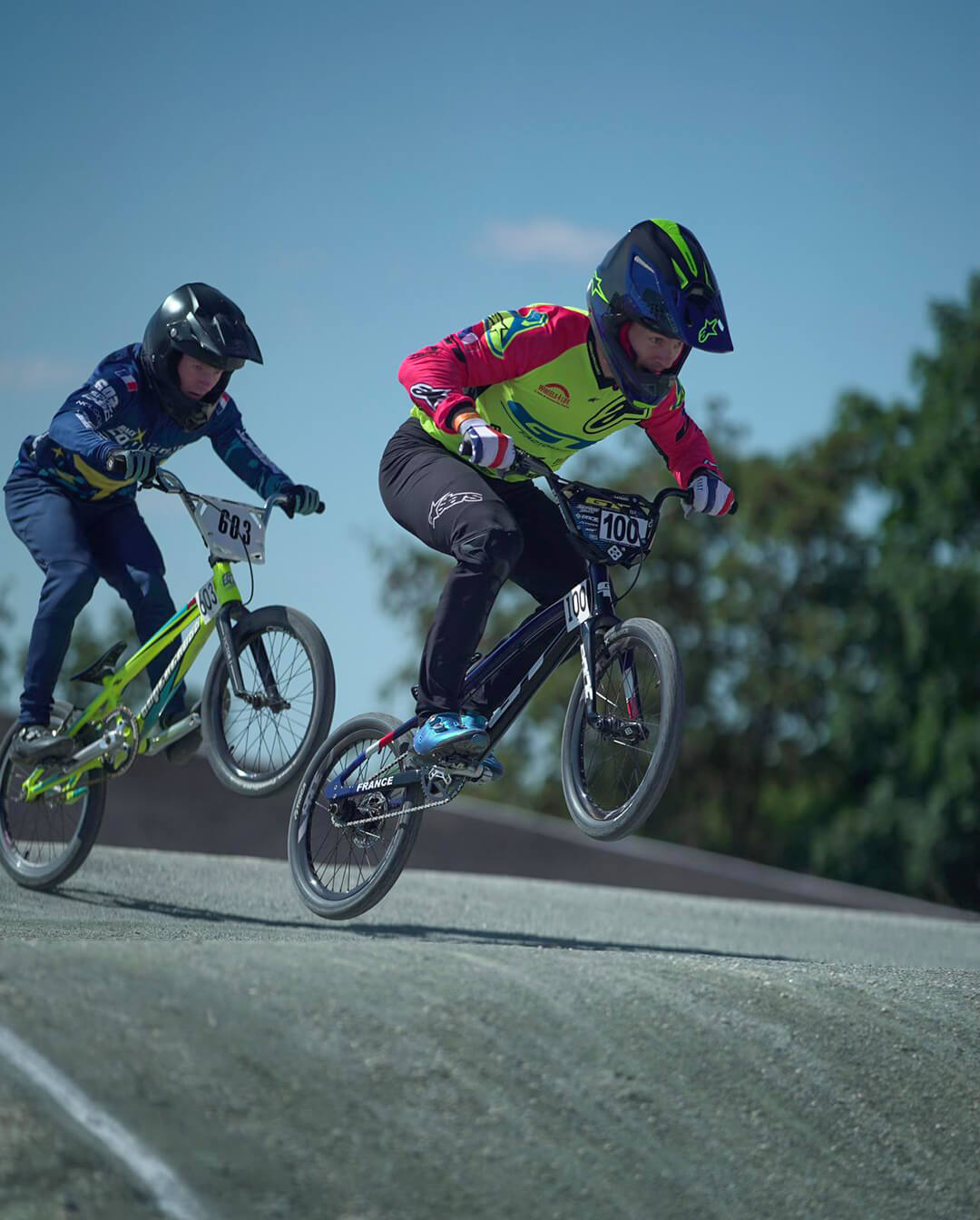 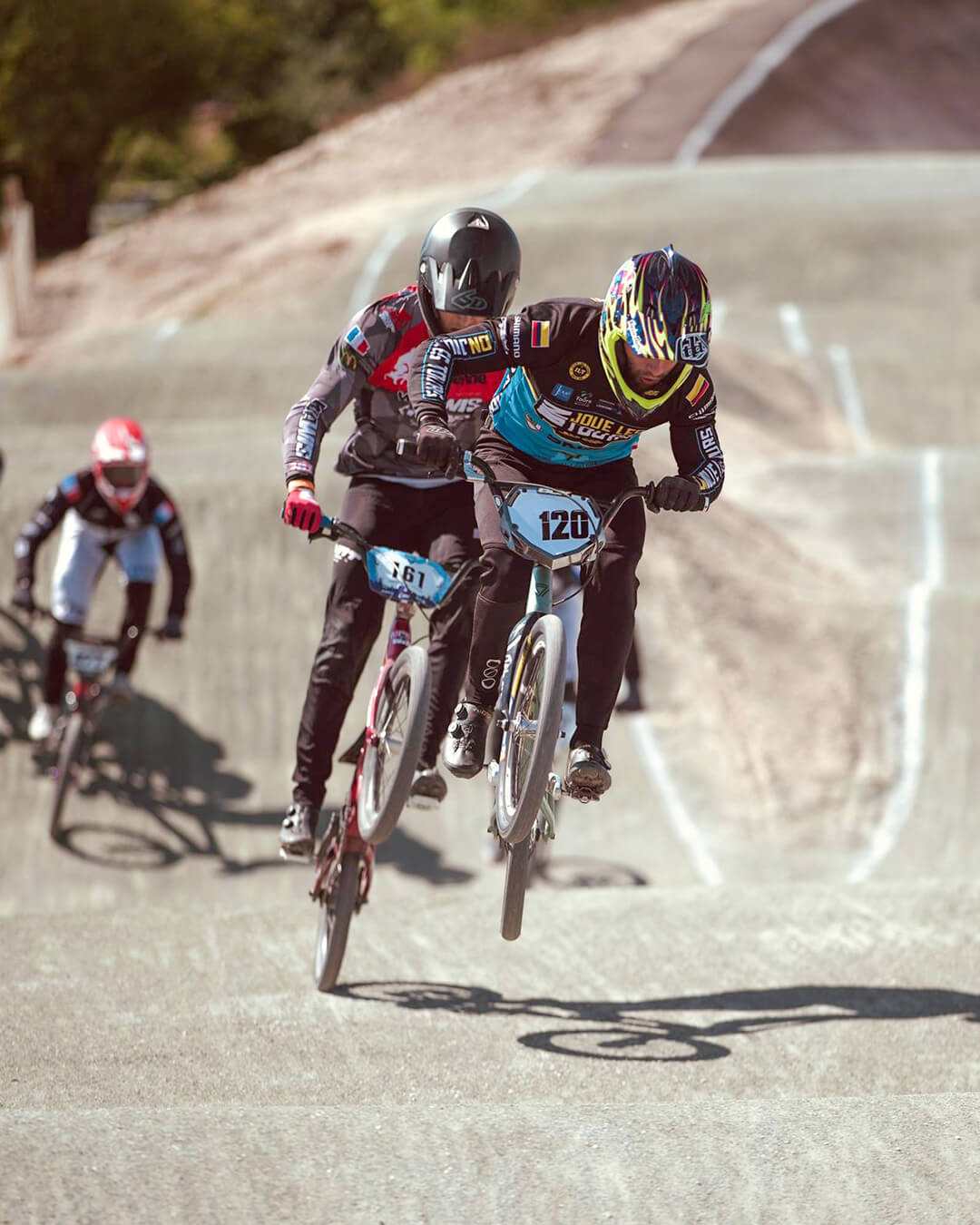 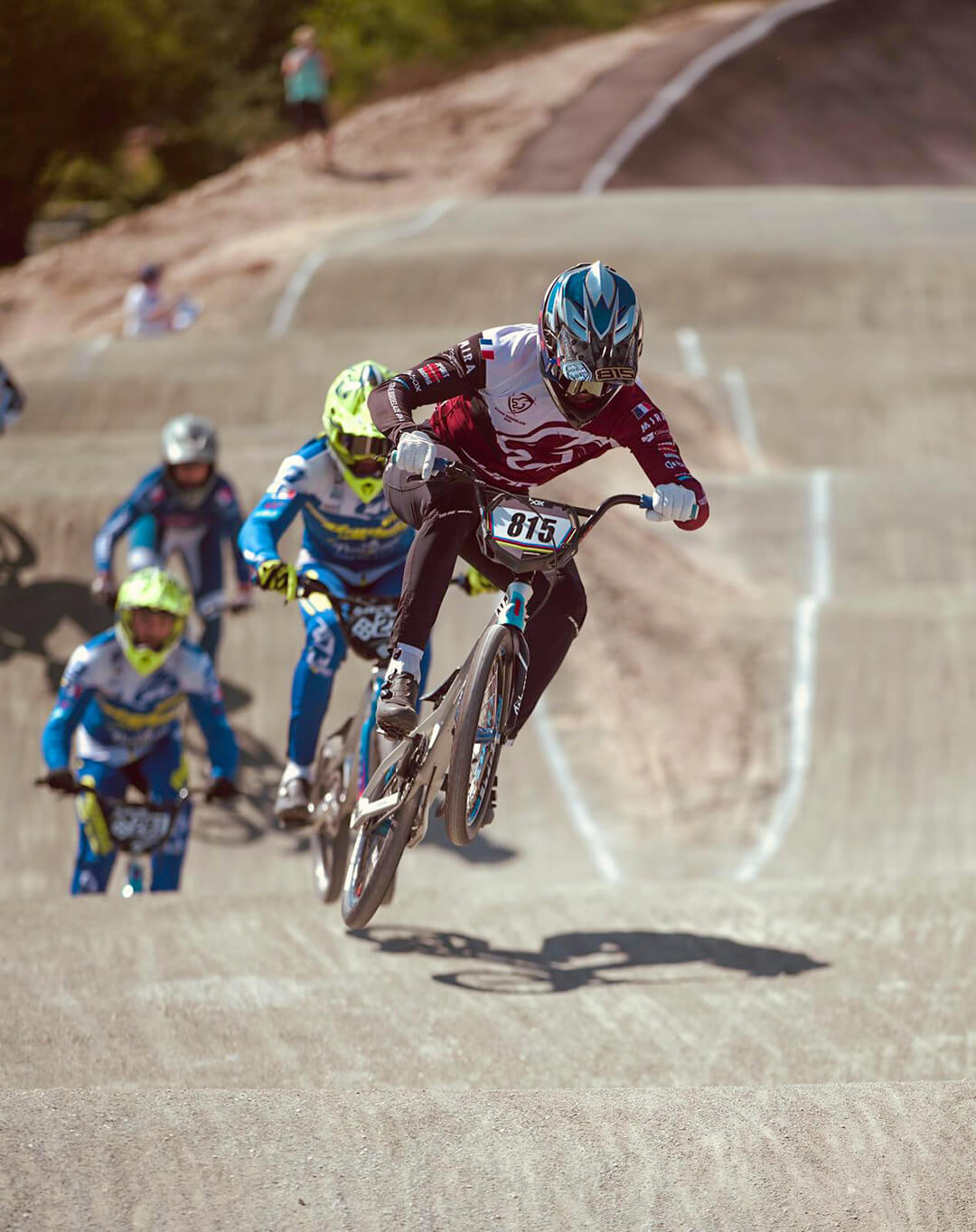 The day one podium was completed by the impressive Karl Le Nagard who also finished sixth on Sunday! Aussie, Jack Davis was in St Jean D’angely and finished forth on Saturday just in front of Fabien Gourc and Théo Chapelle who both reached their first French Cup main of the season. After his victory in Portugal Eddy Clerte was expected to be on the podium. He easily reached both mains but couldn’t put it together and finished eighth twice, hitting the gate on day one and getting caught in traffic on day two. Another infamous rider who did well this weekend is of course, the Franco Colombian veteran, Vincent Pelluard. Explosive first straights as usual for Viny who finished seventh on Saturday and grabbed and convincing second place on Sunday. Congratulations also to Mateo Colsenet, Arnaud Chauvin and Dylan Gobert who placed themselves fourth, fifth and seventh on Sunday.

The next rounds of the 2021 French Cup are right around the corner, this coming weekend on Besançon’s brand new track, it’ll be interesting!

Rounds 7 and 8 of the French Cup will be in Besançon on September 18th and 19th.