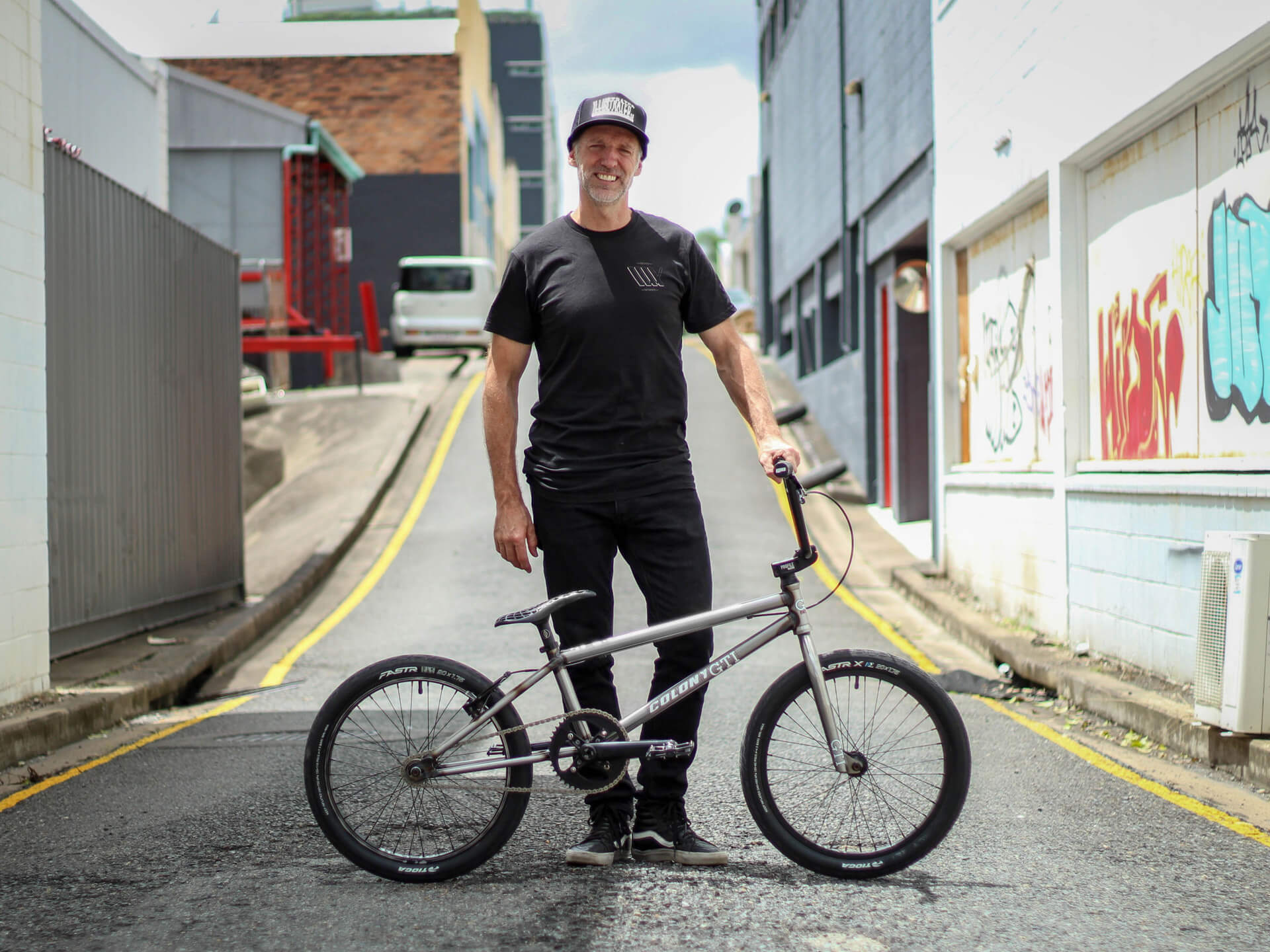 In recent months BMX racing has benefited from not one, but two established ‘freestyle’ companies dipping a toe in the racing world.

15: Give us a little history of your BMX life … how long have you been racing, where have you raced, who have you elbowed over the berm? We notice you’re now sporting the National Champions jersey!

Bruce: I’ve been racing for around 37 years and started when I was 13. Do the math on that and it equates to being really old! There was a break along the way for about 10 years, but have been 100% on it since 2008. Raced all over Australia in all the major cities and towns, and last year I hit the USA BMX Grands and pulled a 5th in the 46x semi. Bloody tough class that! I’m was lucky enough to graduate to 50+ this year and took out the Oz national title on the 20”. It was my 5th national title in age class and locally I mostly race 30+, though I’m giving away a few years to that crew these days.

Can’t say I’ve ever punted anyone over the berm. Maybe a Kiwi or two over the years! I just prefer to holeshot and lead wire to wire to the finish line, and then to the bar for a beer.

15: You recently changed career to help build the racing side of LuxBMX … happy with how that’s going so far?

Bruce: In 2016 I lost my mum and my biggest fan at age 84, and early this year I decided to take a break from a full-time gig in the health and fitness industry to spend time helping out my dad. Just basically spending as much time as I can with him. As a kid racing, I had incredible support from my parents and it seems the right thing to do to give back to my dad as much as I can at this point in time. The LUXBMX gig came about after the boys there, Mitch and Ev, offered me the opportunity to “bolt on” a racing program to their hugely successful freestyle business and I spend a few hours a week doing this for them, with the rest of my time spent BMX coaching and working with Ellaspede Custom Motorcycles as a test pilot.

LUXBMX is a shining light in this industry and have (I think) cracked the formula of a remaining a cool bricks and mortar store, with a laser like focus on e-commerce. My role is to direct them with the type of brands that work and use my network within the Australian BMX race community to build their race customer base. It’s definitely a prime opportunity to prove that it’s not all doom and gloom in the bicycle industry and I’m adamant that BMX racing can learn a whole lot from the freestyle world in the way they market and value their riders. From the film edits, to just chilling out a little and not take the racing so serious. After all, we are all out there riding bikes and boosting jumps. 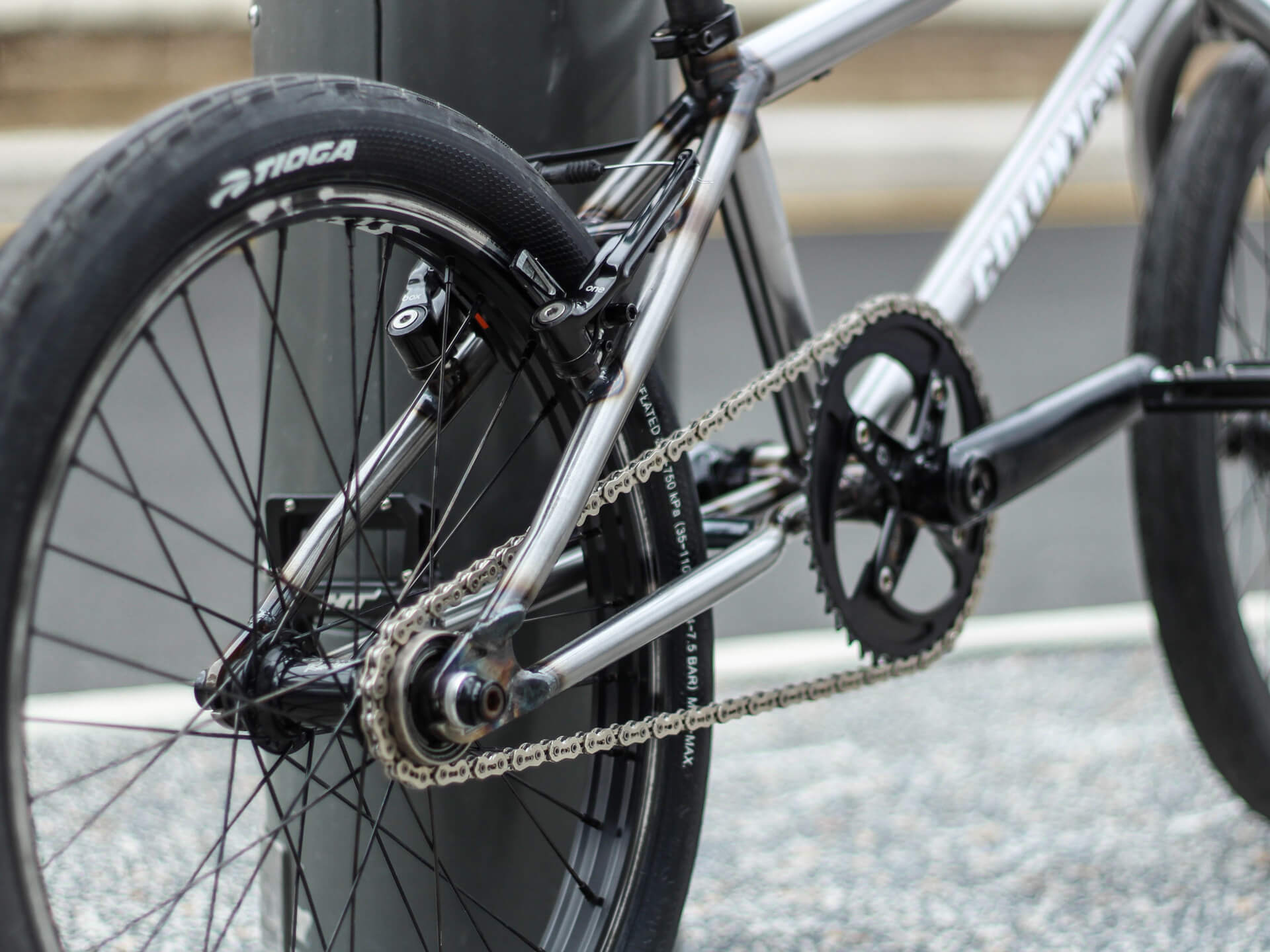 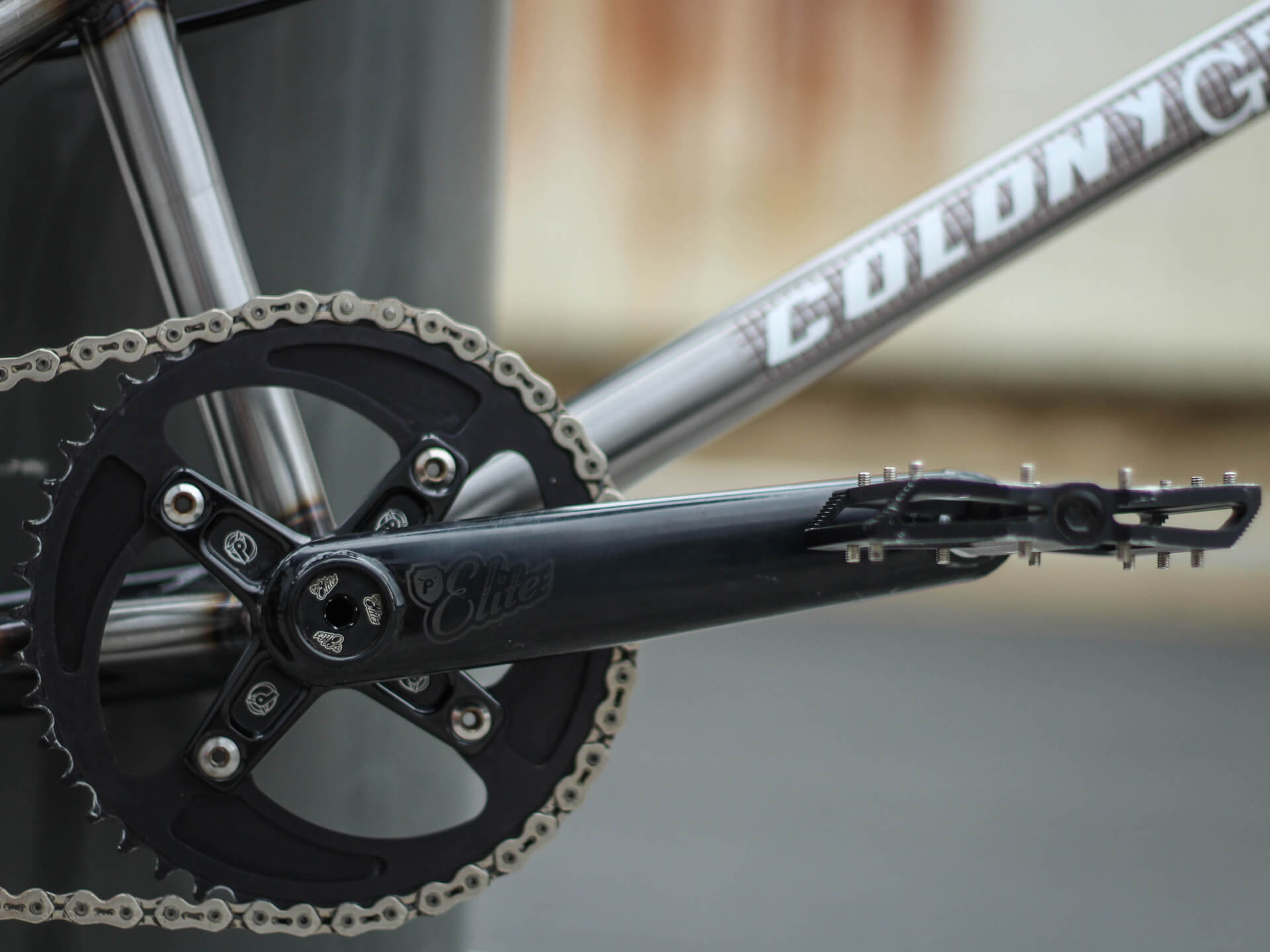 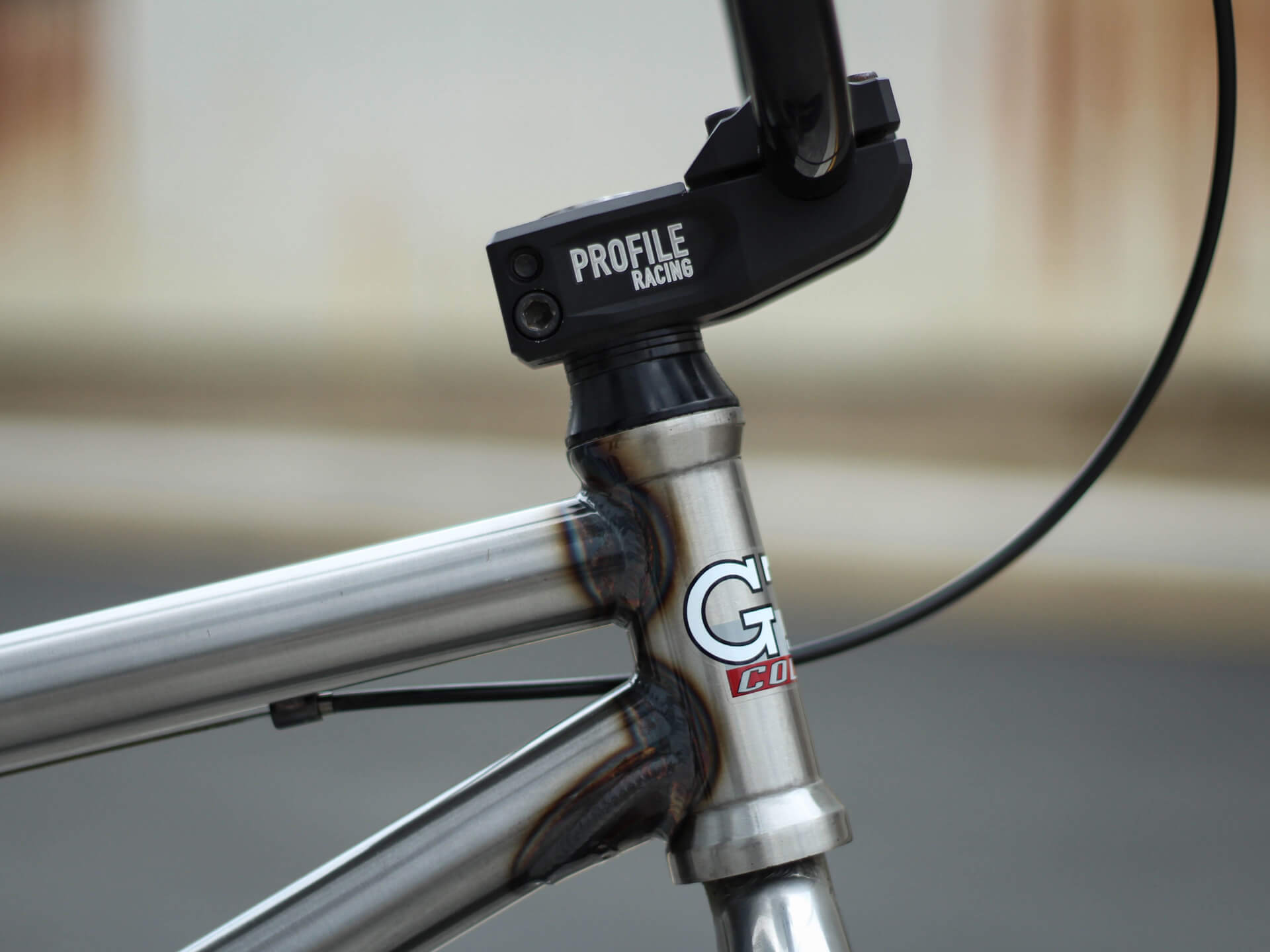 15: You’ve been involved with the development of the new Cro-Mo Colony GTi frame and forks from early on … how did the idea for the frame come about? It’s a little unusual for a hardcore ‘freestyle’ brand to turn to racing.

Bruce: The idea for the Cro-Mo Colony is an extension of my desire to race a custom Cro-Mo frame. I had been running a SX Bolt which I loved and was considering a S&M or Standard build. I have always admired Colony as a brand, with the owner Clint Millar being from my home city of Brisbane Australia, building the brand from scratch into the successful company it is today. I hassled him a few times about my dream of racing an Australian Cro-Mo race frame and to my surprise he said yes and asked me to send him specs so that we could get a prototype built. The design brief from me was to make it look as though it was a trails bike, rather than a race bike, but with race geometry. Clint raced as a kid before he turned to freestyle and his company’s size and production numbers meant that the GTI could be produced as a fun project along side of his regular products. There’s no plans to take on the race world, though I can see the GTi forks becoming popular with racers.

15: How long has the frame been in development, how much input have you had over that period?

Bruce: The prototype arrived in July last year (2016) and I ran it at the Grands that year and won the national title this year on it, so it was pretty sorted as a prototype. It’s evidence of how good Clint and his team are at designing BMX bikes. I provided Clint feedback on it and the final production version design was sealed off in March this year with the only things left to decide on being what colours to produce them in. At LUXBMX we had two exclusive colours, the Raw which I run, and the Nathan Sykes red, with gloss black and gun metal grey available to all shops. Colony and LUX have a great relationship which fuels collaborations like this. 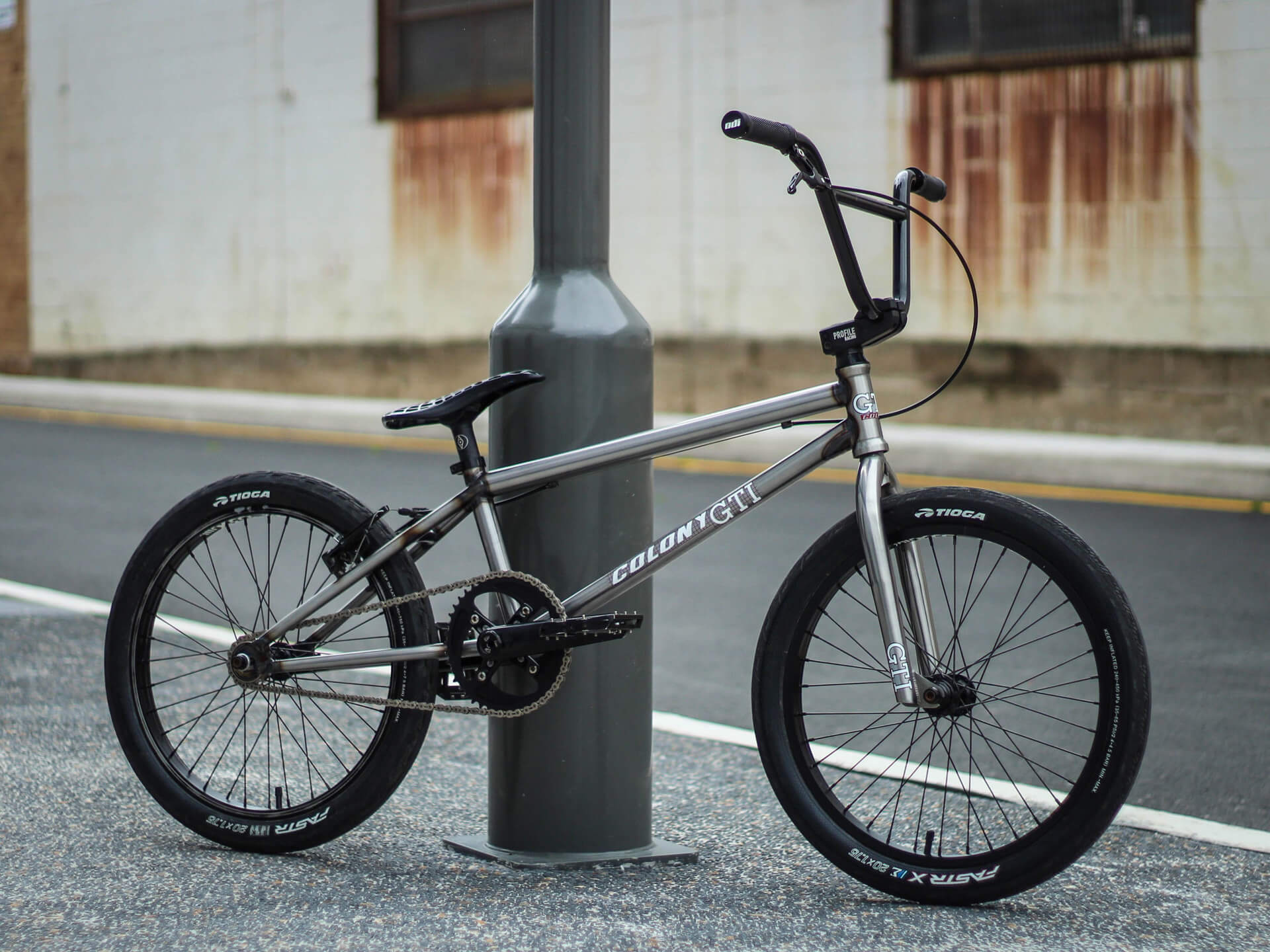 15: Do you think Cro-Mo has any advantages over alloy or even carbon or is it rider preference, you must have grown up on Cro-Mo?

Bruce: You re-posted the shot of the carbon Chase the other week that Mitch took and I have to admit that that thing is sexy. But I guess the Cro-Mo thing does hark back to my years as a kid jumping a Mongoose Supergoose off everything in sight and so there’s a romanticism to it for sure. I’m sure there’s performance advantages with carbon, but as the saying goes, if it feels right, then it is right, and steel definitely rides much more forgiving. Perfect for old joints and a body that’s taken a few beatings over 35 years of racing BMX. I’m not out there jumping pro straights anymore, but I still do jump most stuff on the amateur sides and I have that Cro-Mo confidence for sure, and besides, there’s nothing more I like than lighting up someone on a carbon build down the front straight. There’s more to BMX race performance than having the lightest bike… But overall, the major advantage is how cool it looks.

15: You’ve just traded in a prototype frame for the full production version, has there been many changes between the two? Most importantly … how’s it ride?

Bruce: The only changes we made from the prototype to the production version was to redesign the chainstays to accept a wider tyre (which had the effect of increasing the BB stiffness) and we had to move the brake posts a few mm lower. We shortened the seat tube a smidge to squash the seat height, but not so low that it looked too “race”. But that was it. 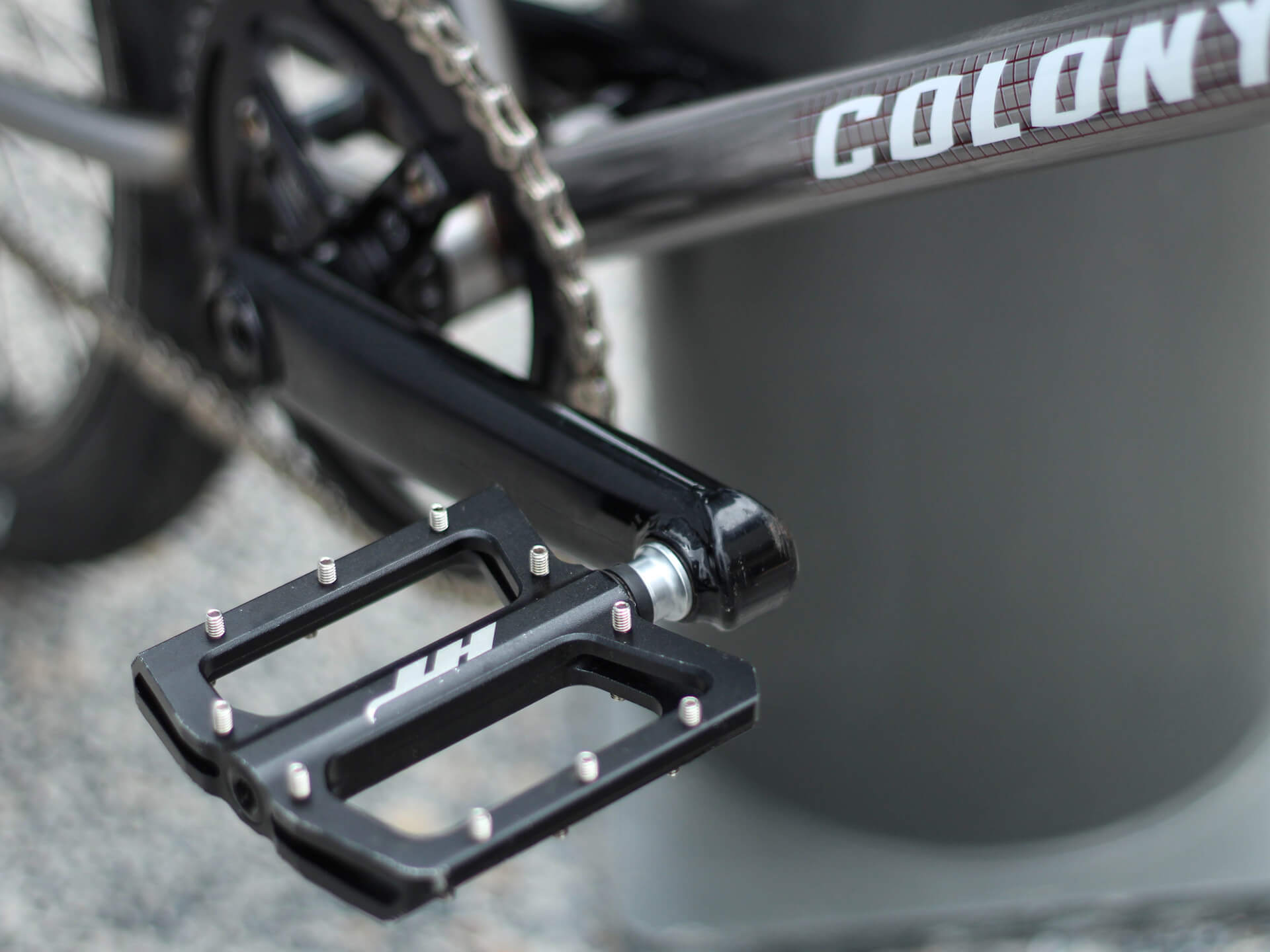 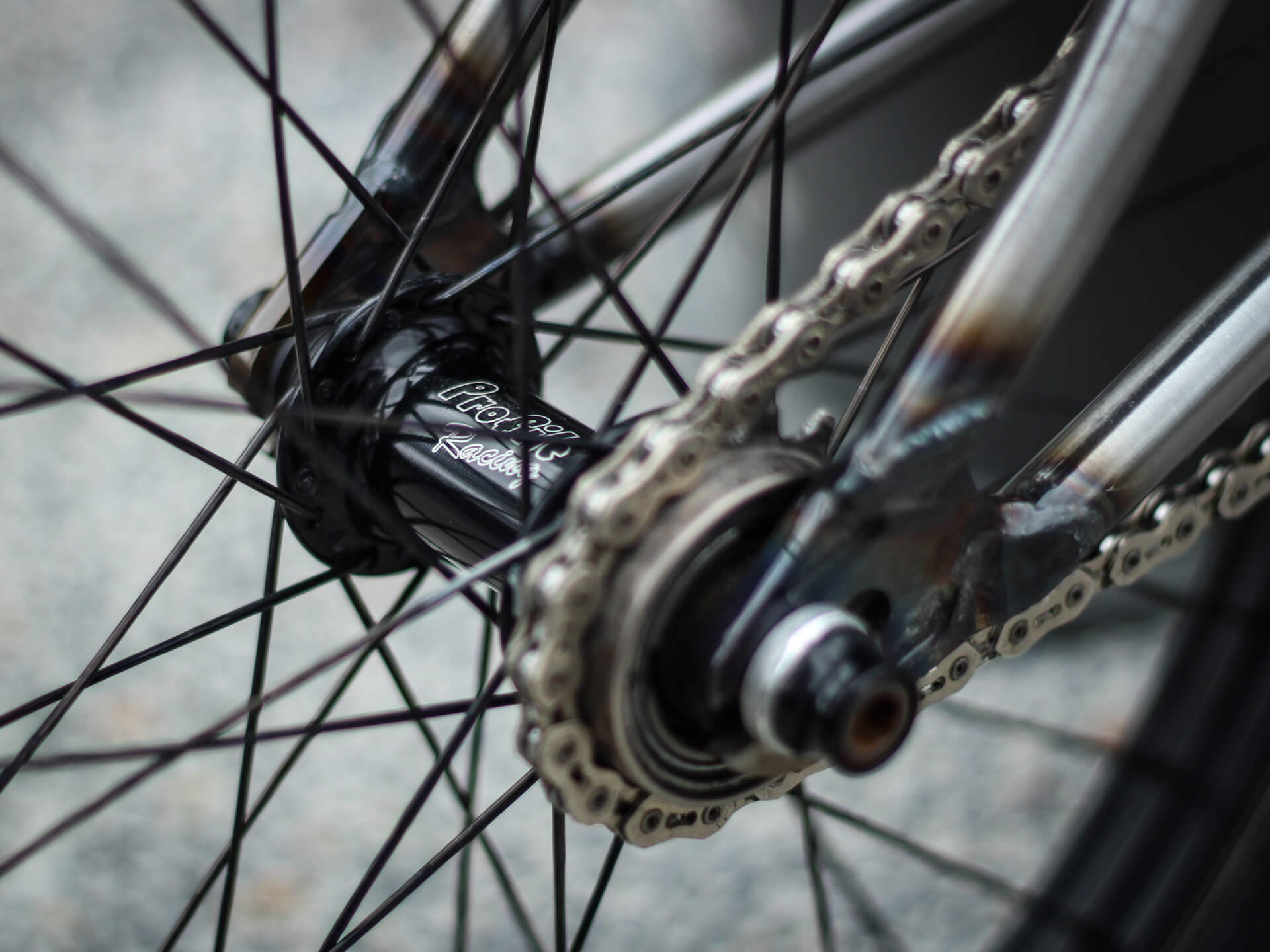 15: If you’re in Australia and want the GTI you go to LuxBMX but how do us Europeans get our hands on it?

Bruce: Hotlines in the UK can hook you up and of course we’d be happy to send one to Old Blighty via the Flying Kangaroo.

15: We hear your going on tour with Jason Carnes Berm Academy in 2018 … what part of the US are you guys going to be hitting, where can people check out the bike?

Bruce: Ha, he doesn’t know that yet! But yeah, just waiting on USA BMX to release the second half of the 2018 races, but my dream has been to race South Park ever since seeing that place in the mags BITD, but basically anything around that late June/early July is on the radar. Hopefully I can convince some of the older crew to come along as well to race BMX and drink beers on a raucous BMX road trip. I spoke briefly with Jason at the Worlds and I know he’s up for it. It’d be a great way to see the US rather than the usual big shed with a track in it. Though we did manage to visit quite a few breweries in the Charlotte area when we hit Rock Hill in July. Loved the hospitality of the Carolinas and their red ales! 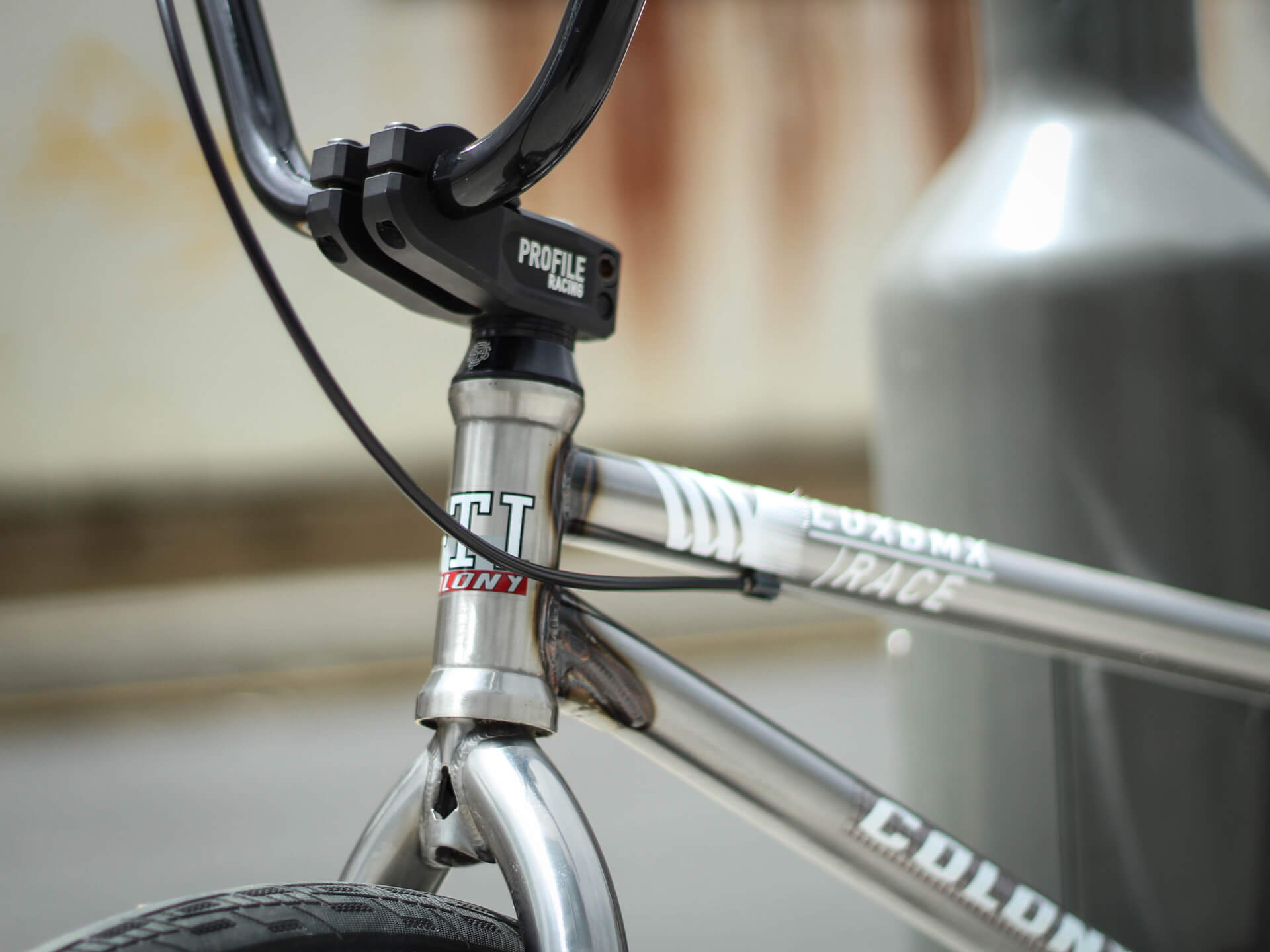