Connor Fields | One Race at a Time

Connor Fields | One Race at a Time

Although Olympic gold medal winner, Connor Fields, has been missing from the gate at the UCI World Cups so far this year, he’s still been winning USA BMX races as well as some Australian ones … But we wanted to know when he plans on rejoining the SX tour, what he’s thought about it so far, when he’s tying the knot … hummm, we should have asked for his new Ikon carbon rims while we were at it, purely for research purposes of course …

15: Let’s get the techie stuff out of the way first … you’ve just put new carbon rims on your collection of Chase ACT 1.0’s … they look pretty cool but what’s the difference when your spinning the pedals?

Connor: I really like the look of the Ikon carbon rims…they are low profile and clean looking. When I rode them, I noticed the exact same couple things I noticed when I first switched to a carbon bike in 2017. I noticed that they were more responsive and I didn’t need to push as hard to move them where I wanted them. I also noticed the stiffness in the turns. Immediately I felt like I could carve harder and lower in the turns. The more I ride them the more I enjoy them.

15: The latest batch of high-end race bikes contain more and more carbon; would you ever consider going back to alloy at this point?

Connor: While I am trying to race at the elite level, no. The carbon is so stiff and responsive and I love the way it rides especially on SX.  Alloy is good too don’t get me wrong, but I just don’t know if I’d be able to go back the other direction. I’ll always have an alloy bike as well though for the trails/pump track or just fun riding. 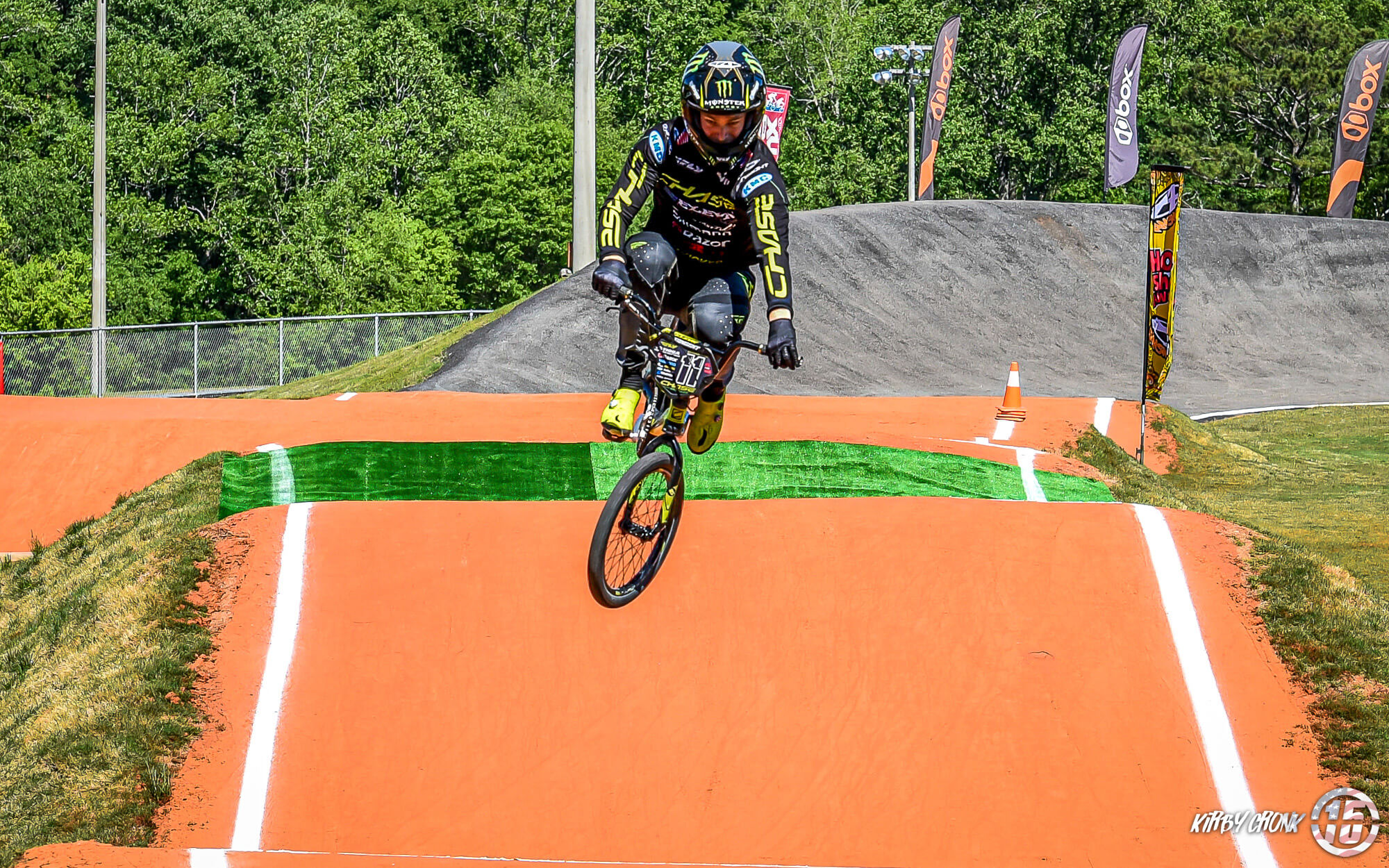 15: Is there is anything special in or on your bikes that we couldn’t find in a shop …?

15: Should we expect anything new coming this year that you’ll be adding to your bike? Give us some inside ‘BMX Racing Group’ gossip …

Connor: We just added the Ikon Carbon rims and there is always new stuff in development over at BRG. I’ve seen the prototypes for a new fork which will look cool when they are done. I respect that BRG doesn’t just throw their products out as fast as they can and that they take the time to get things as good (and safe) as possible before releasing them. 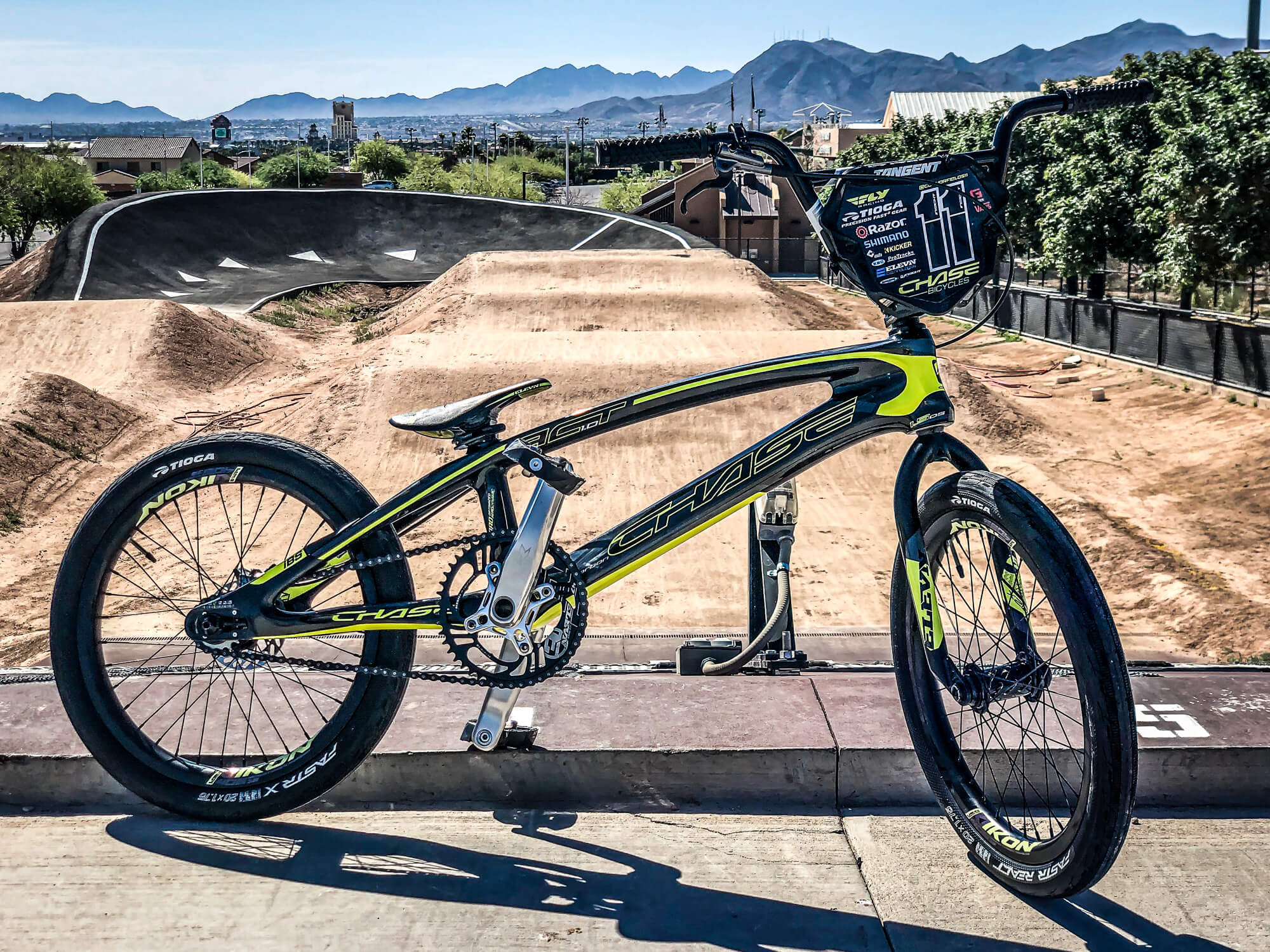 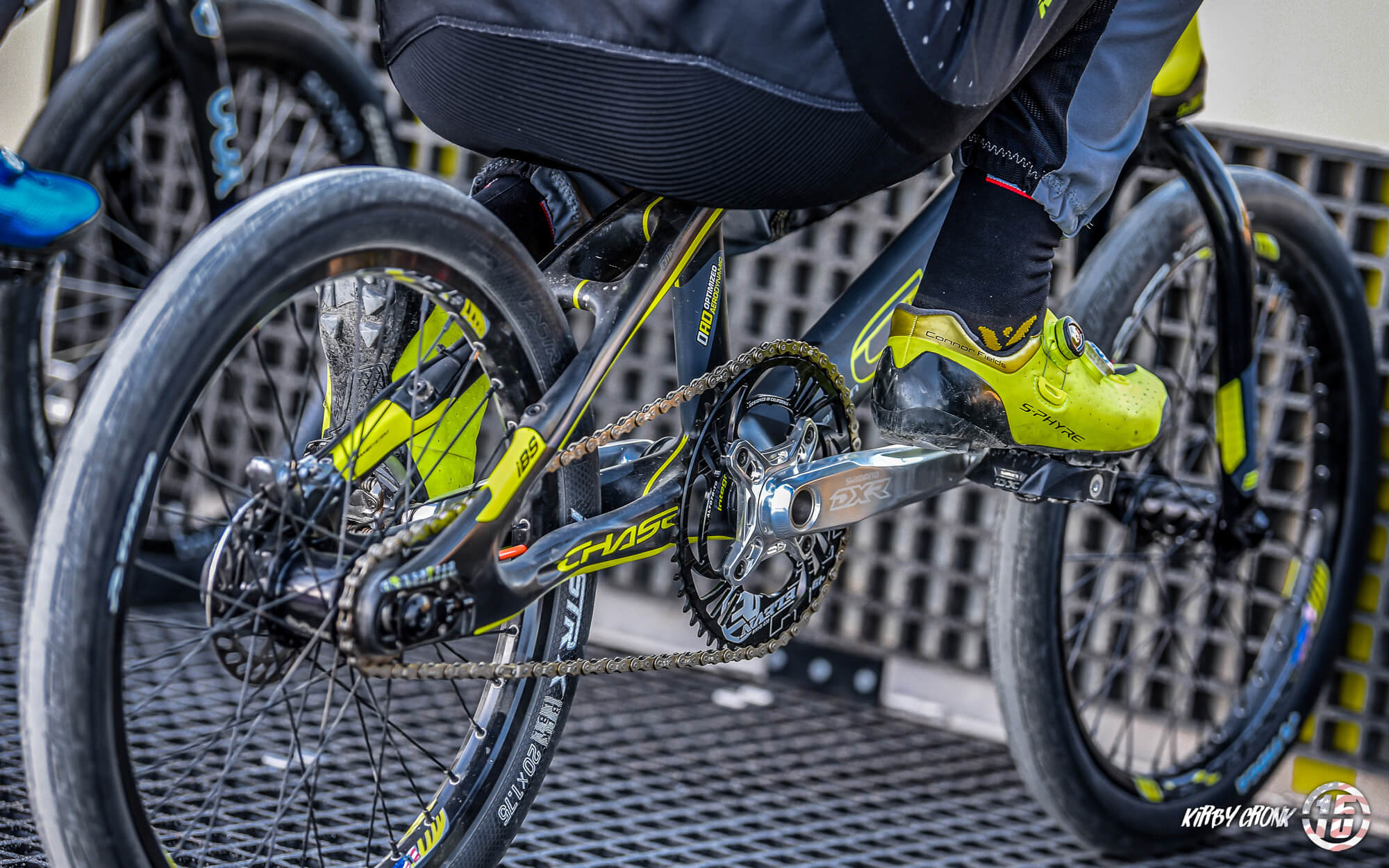 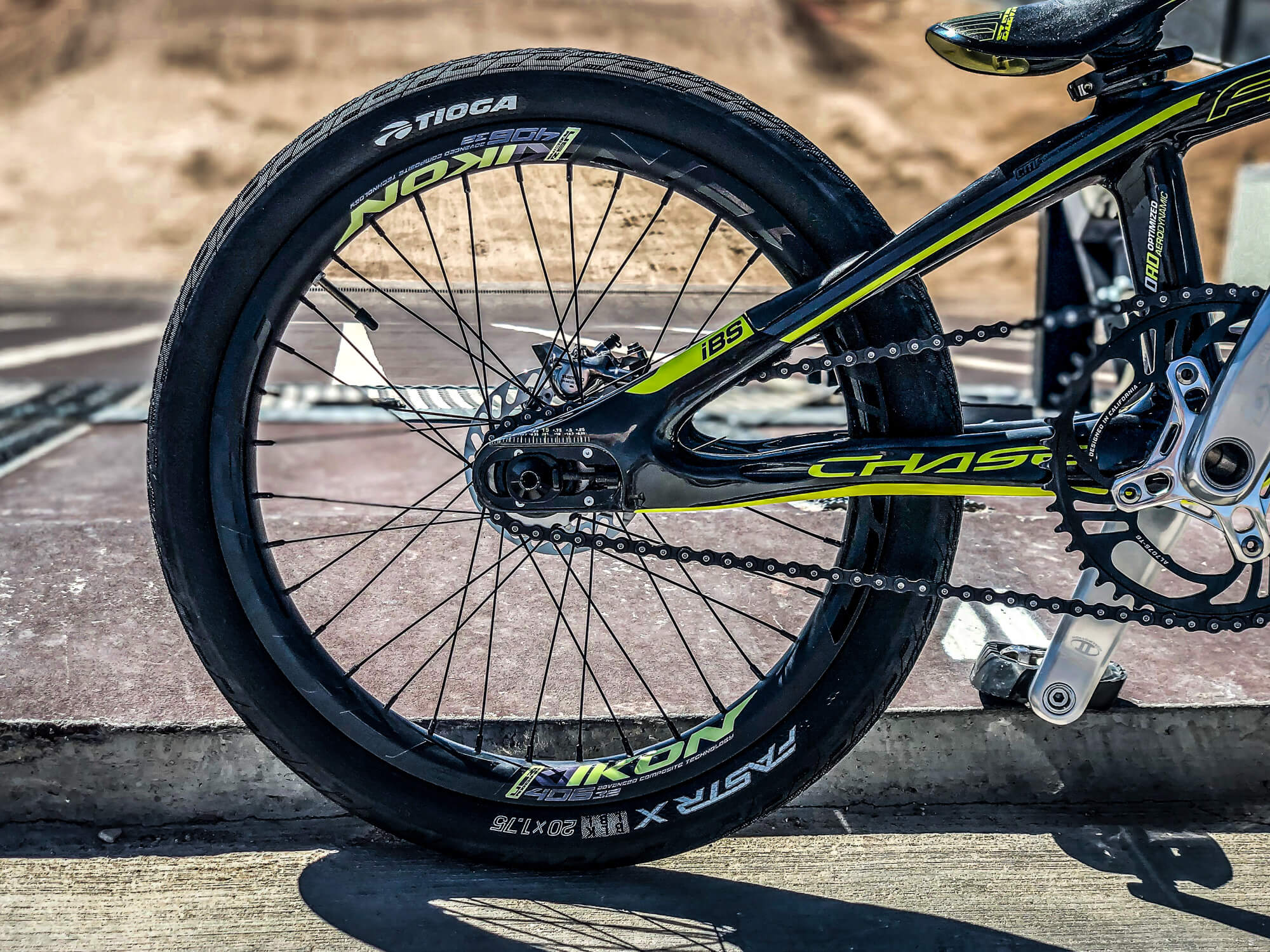 15: You’ve been missing for the first four all important, Olympic point carrying, UCI World Cup rounds … what’s the thought process there? We understand you’ve been injured but you’ve been back racing for a while now …

Connor: Well, in order to understand we would have to go back to 2018. I had a great 2017 with a USA BMX title and 2 world cup wins. Things got rolling in 2018 as well starting off early winning a USA BMX SX round in Oldsmar before having a really bad crash. I got a severe concussion, had a seizure and was out for about 8 weeks before the doctors cleared me. When I came back, I jumped straight back into the World Cup races in Papendal and Zolder, but I still felt off. It’s hard to explain, but anyone who has had a bad concussion can relate that sometimes even when cleared you still don’t feel normal. I didn’t want to admit it and instead just kept pressing on when in reality I should’ve taken a step back and taken the time needed to get back to feeling good. It took me a while, but I finally started to feel good again in the back half of 2018 winning some USA BMX races again and making a World Cup final at the last round in Argentina. Argentina was actually the first ‘Olympic points’ race so I already have a couple scores on the board. I ended the year strong earning #2 ranking in USAB MX series and things seemed to be back on track.

Fast Forward to January 2019 and I went to France for a fun race with BRG and had a crash and injured my back. That was really frustrating and set me back another couple months. I got back on it about 2 months later and tried to learn from my 2018 mistake where I lined up before I felt ready. I took the time to get comfortable, get my off season training that I had missed done, and get to a level where I want to be. At the end of the day I’d rather do 6 World Cups prepared than 10 not prepared. I have full trust in my Coach Sean Dwight and USAC’s Jamie Staff who advised me to hold off until I was feeling ready to go.  For USA qualification criteria the Worlds are the highest value, followed by the 2020 World Cups, followed by the 2019 World Cups so I based my decision around that as well. At the end of the day there are 20 world cups and 2 world Championships in 13 months. That’s more WC’s than were between London and Rio total over 4 years. That’s a lot of racing and a lot of opportunities to produce results.

15: We assume you’ve been looking at the World Cups so far …  any major takeaways, anything you didn’t expect, new riders on your radar?

Connor: I think the biggest thing now is just the depth. There are so many talented riders these days you have 1/8th’s in the men’s class that could be semifinals. It’s cool to see Mariana back as well I have a lot of respect for her and her approach. She’s always smiling win or lose. 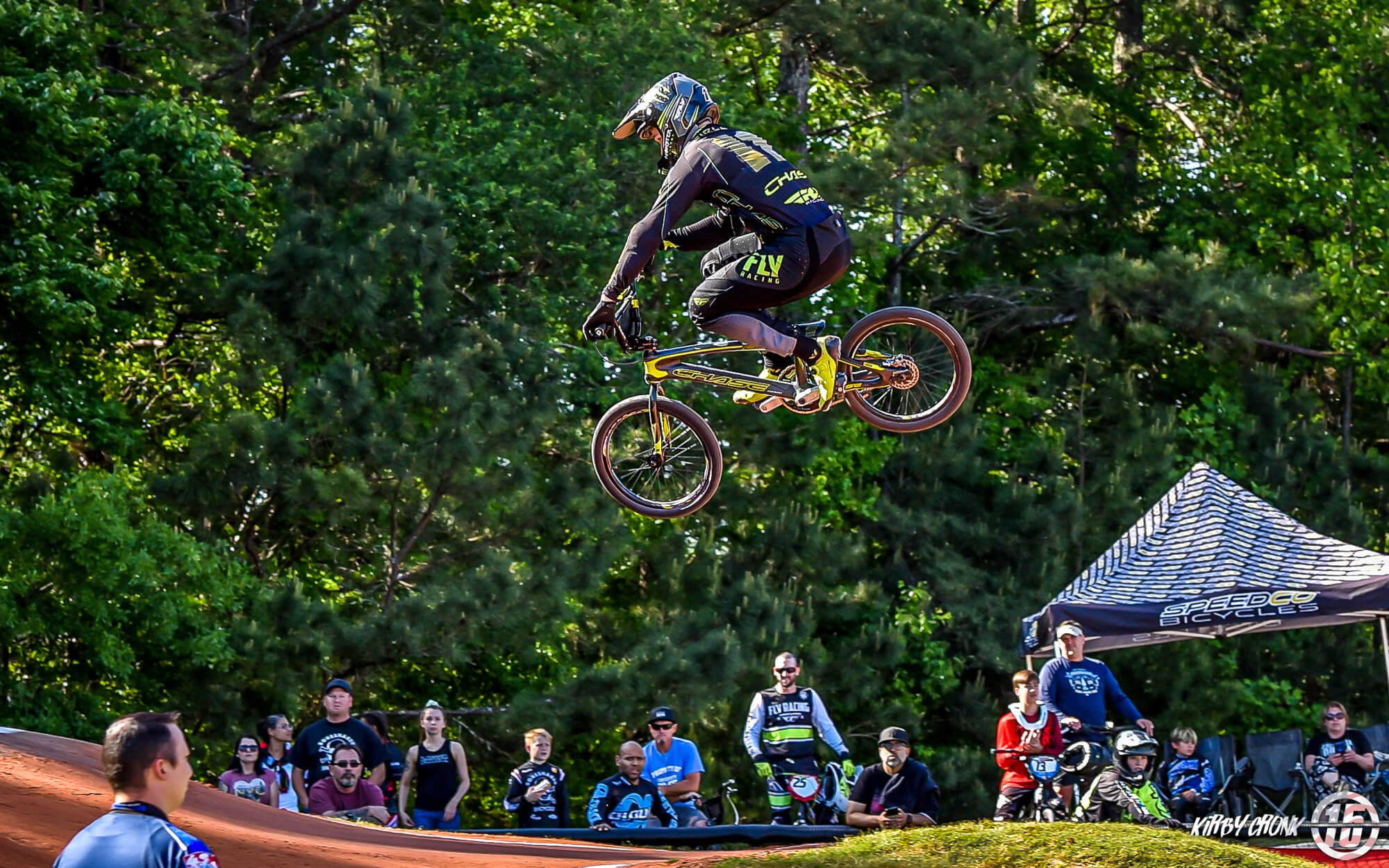 15: Obviously defending your medal in Tokyo is a major goal but is everything geared toward that now?

Connor: Yeah, Tokyo is the end goal you would say, but there is a lot of time and racing between now and then. Shoot, I don’t even think I knew what race started counting for country points in 2011 for London or 2015 for Rio. It seems like the Olympic hype is happening so much earlier this time around. Racing the Olympics is amazing … I’ve done it twice now and no other race in the world even comes close. That excitement is what gets me out of bed and to the track/gym every day, and of course I want to be on the gate in Tokyo ready to battle, but there are so many races between now and then.  I’ll just continue to do my best at whatever race I am at and if I do the job and earn the opportunity to be back on the gate in Tokyo then that would be great! In the meantime, I have my eye on the opportunity to win a race World Title as that is the only race I haven’t won. That is a major goal as well.

15: Will you have a ring on your finger by the Games? Dates, venues, guest lists? The BMX world needs to know, haha. Congratulations by the way!

Connor: Haha thank you! It will be in October of 2020. I have so much respect for anyone who dates a BMXer (or any athlete) as I know it’s not easy dealing with the travel and all of the ups and downs that come along with it. I wanted to make sure there wasn’t any important BMX races within a couple months of our wedding so that I could be 100% focused on it and her. I want to do everything I can to make it the best day of Laura’s life. She went to college in San Diego and I’ve spent a ton of time there as well in Chula Vista so we are thinking about doing it there. Plus, it’s only a few hours from home!

Connor: I have 1 year of college left at UNLV to earn a degree in business management, so I will finish that after summer 2020. As to the BMX stuff after 2020 … if I wake up in the morning excited to train and I still want to compete then I will! But like I said earlier, one race at a time and next up is Nashville! 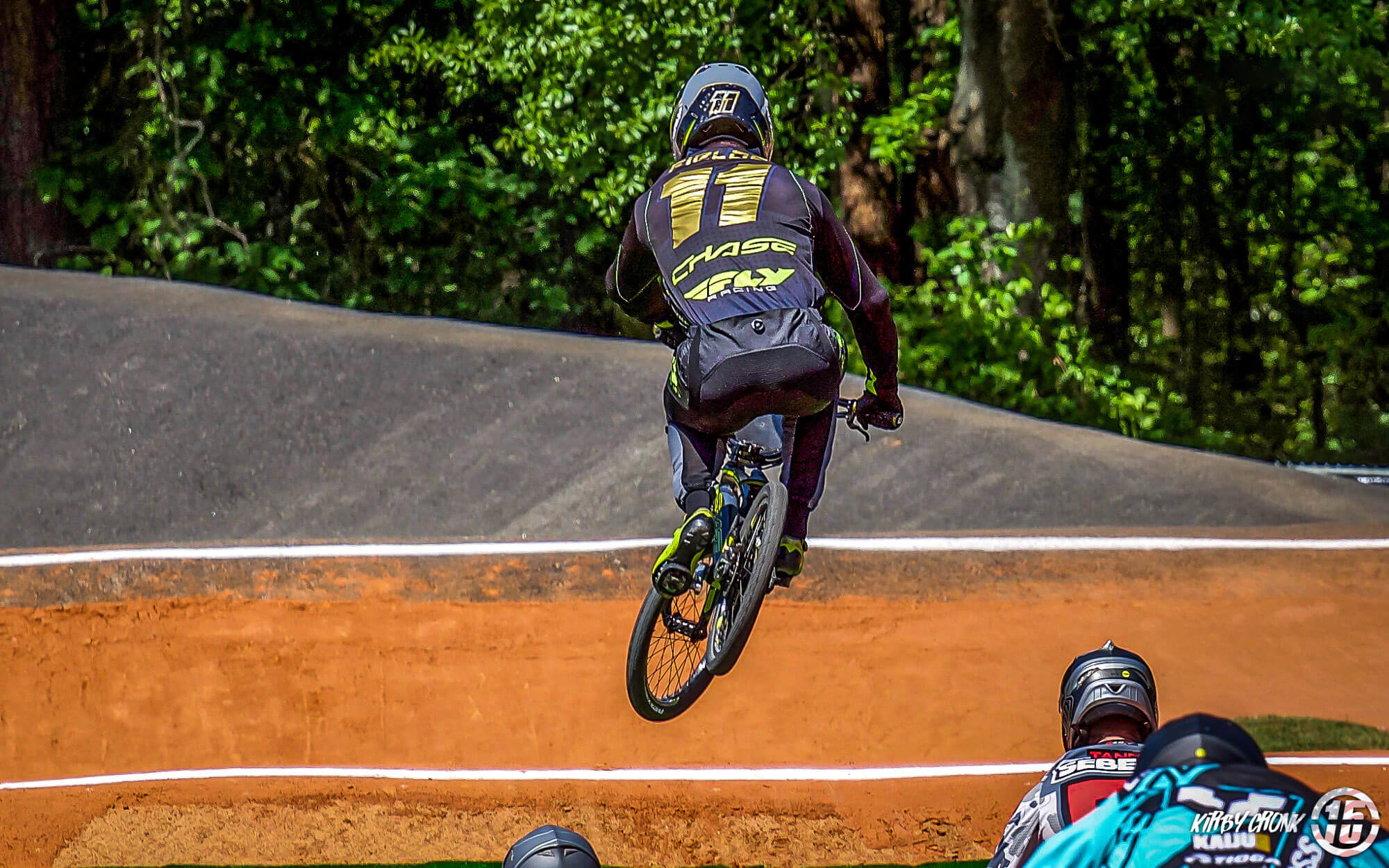