What motivates the world’s best BMX racers? What’s the ‘driving force’ behind their seemingly endless desire to train and race at the highest level? Is it the titles, the competition, the adrenaline rush, a love for BMX, the money? We asked one of the fastest women on the planet, Laura Smulders, who’s won way to many World Cups, World Championships and Olympic accolades to count!

I did an interview, not long ago, for a book that will be released in a few months. They interviewed a dozen Dutch professional athletes on what drives them to perform. Before the interview I had to answer a lot of questions and at the end of it my result stated I’m a ‘result oriented creative analytic thinker’, with a big explanation to it, and when I was reading it, it was on point, totally me. Funny.

You prefer the individual value systems. You therefore prefer to work on your own. That does not mean that you cannot work together within a team, but that is certainly not a condition for being able to work well in your work. When making choices, your own considerations about the best solution, your own wishes and the result will weigh more heavily than, for example, matters such as group interests, the tradition or the system. 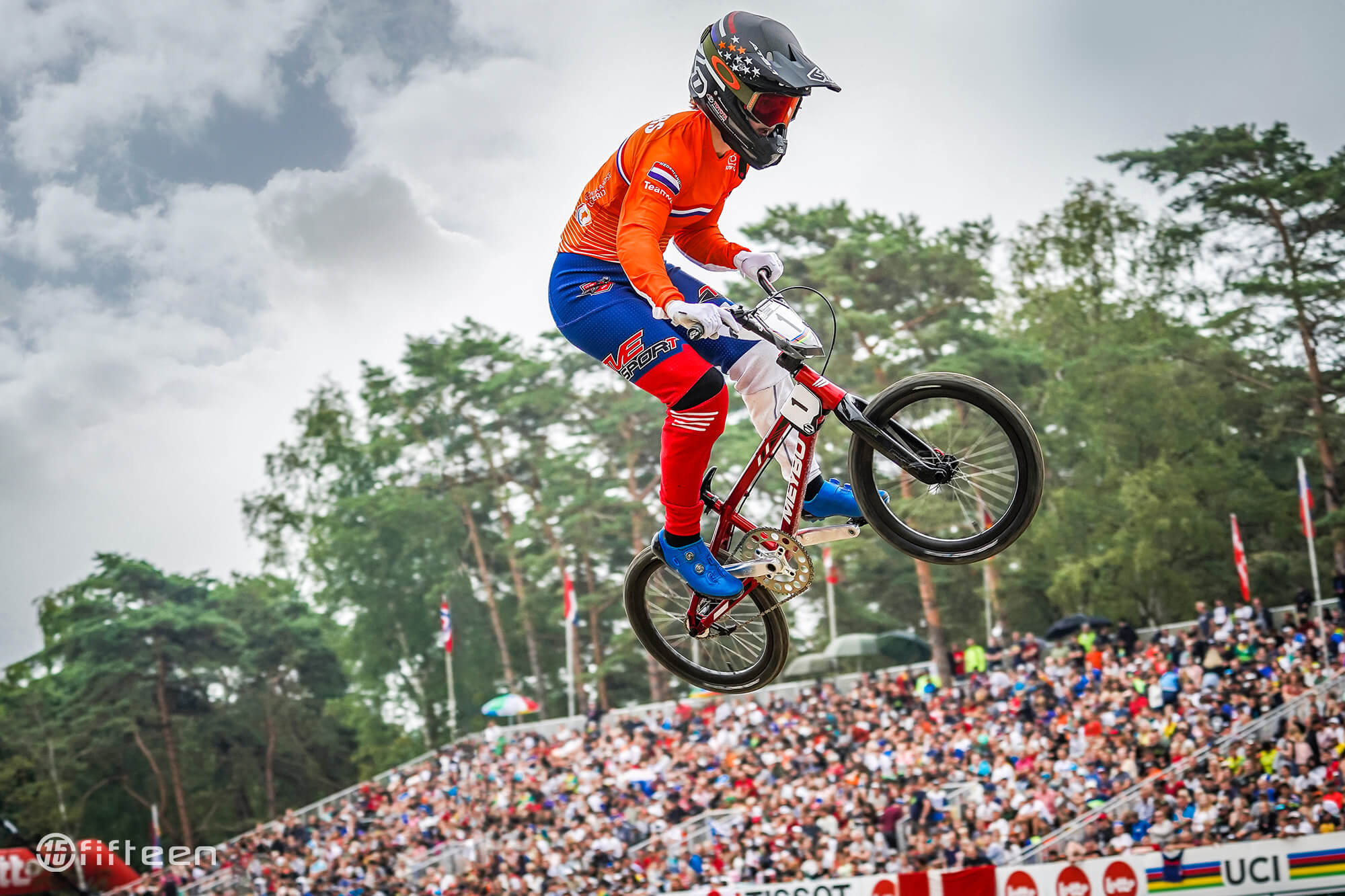 I think starting in this sport, it’s just the fun and passion, the ‘beginners’ joy that keeps us going. As a little kid, it was just making it over those big piles of dirt, riding with friends, having fun, growing taller, getting stronger, faster and being able to jump bigger jumps every year. I’m pretty sure no one has started this sport because of the money! We’re all a little crazy doing a high-risk sport with not that much financial reward. It’s purely passion and love for the sport, enjoying the process of getting better every year.

For me, I think I’ve had different stages of what drives me;

Up until May 2011 I was in school, studying hard trying to pass every year so I could get my sabbatical year from summer 2011 to summer 2012. I remember sitting in front of the television in the middle of the night during the summer of 2008, watching the Beijing Olympics. The moment I saw them racing off that 8-meter hill, jumping that whole track, I really knew I wanted to be at that stage in the future, I wanted to be able to jump those big jumps and race on an awesome track like that. I think that moment still means a lot, it changed a lot for me. From that moment, the only goal I had was finishing school as quickly as I could (May 2011) and just ride my bike as much as I could. 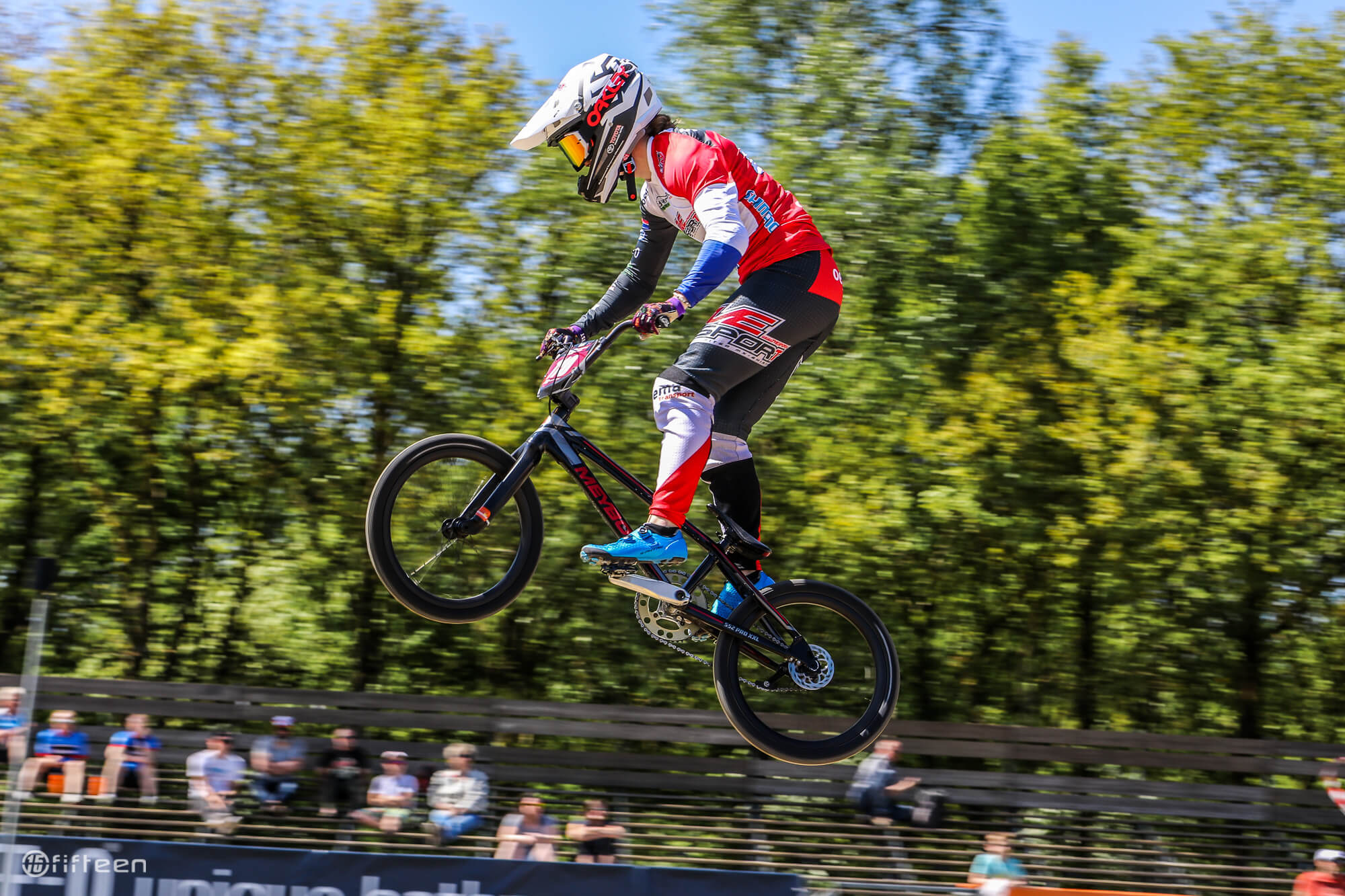 May 2011, I did my exams, and Bas asked me to train with the National Team that summer … and by the end of 2011 I was officially a part of the National Team. Already a dream come true at that point! That year flew by and I learned a lot, I got to go to the Games and loved every minute of every training leading up to the Games. Everyone knows what happened there, I raced the best lap possible for myself in that final, perfect timing, and won bronze. That was just the cherry on top of an already unreal year, but only the start of my professional career really. I really wanted to prove I’m not just that one day fly kind of girl and that I wasn’t lucky that day, but just performed my absolute best at the right time. I still had a lot to learn, I was only 18 and just enjoying being able to live the dream and just train and ride my bike all day, all week, all year. No studying at school or reading subjects I didn’t like.

After 3 seasons with the National Team, I knew I needed something different to improve even further into the sport, I needed an individual program and took a big leap together with dad and Martijn Jaspers. Back then, Dad was already the team manager of the TVE BMX Team, it was just a youth team. We put together our own professional team, Team TVE Sport. Although this wasn’t the easiest, financially but also organizing everything, I mean organizing EVERYTHING, was a lot of work and took a lot of hours and energy, but it was also very rewarding when we saw our idea and vision come to a successful reality. On the National Team, everything is taken out of your hands, the only thing you need to do is train and take care of yourself in the best way possible. Which is great of course. So, it was a big change for me, I was doing the designs for the team kit and organizing travel for the team, but I actually enjoyed it a lot! I realized there’s a lot to it.

I hate people that are negative all the time, and I didn’t see a future for myself in the National Team, I didn’t want to be the person complaining all the time. So, I had to take my responsibilities and not complain, but fix the problem and go for it 100%. I felt like staying wasn’t an option, my gut said, staying would mean not improving as much as I’d like to. So, whatever it took, I needed change.

It wasn’t always the easiest, there were some hurdles we needed to take, but we took them all, some a bit sideways maybe, but we are still here.

Fast forward to 2021, we have a bunch of passionate people around us, partners, specialists, teammates, and staff, I’m proud of the years we have behind us. Everyone working together, with head and heart for the team, passion is probably key in everything we do. Dad as team manager running the team next to his daily job as a policeman, with help from everyone involved.

With Merel joining Team TVE Sport in 2016/2017 it’s now a complete family thing, it’s just sick how we live and train together, push each other to a higher level. Then being on the podium together at the UCI World Championships in Baku was just unbelievable, sharing these moments with Merel, dad, mum and my brother as supporters is incredibly special! It would be absolutely awesome to be at the Tokyo Olympics together! 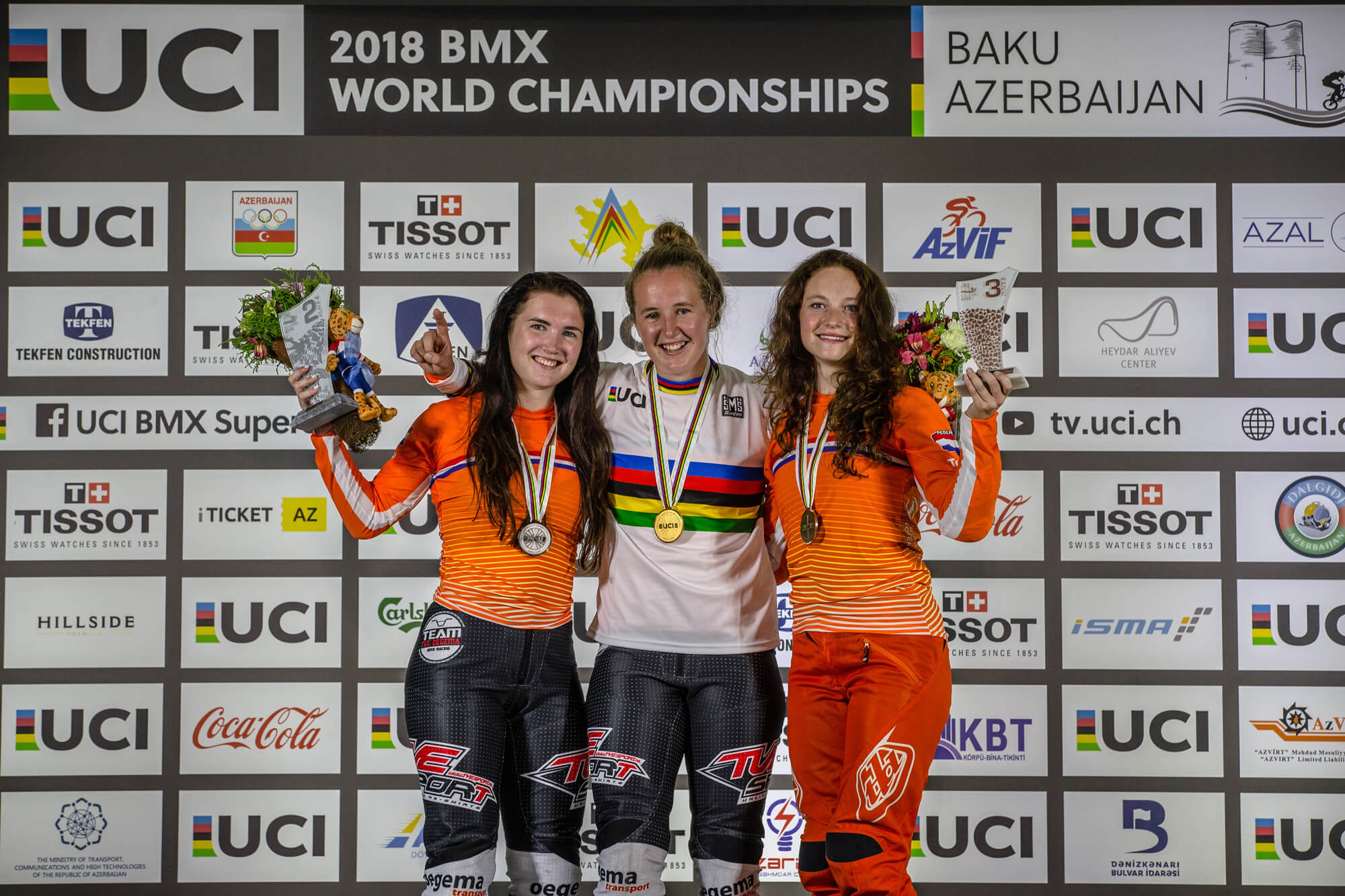 Last year was a difficult one, no travelling, not seeing the BMX-family and friends all across the world, not making memories with everyone at race weeks. I missed that a lot! We have a special sport, with very special and amazing people. I don’t think other sports are like ours.

Despite having no races to train towards, the drive to get better was still there. But I’m not going to lie, the first month I didn’t feel like training after it got announced that pretty much everything was being cancelled including the Games. What I did instead … volunteered to do a complete rebuild of the local track, we weren’t allowed to ride or train, but we were allowed to do ‘maintenance’ on the track. BIG maintenance haha! So, dad and I made a plan together with the club, and did a complete rebuild in 3-4 weeks. In the weeks that we were supposed to be in Rockhill for the World Cup and Worlds in Houston we started the build, I’d never done it before, but you know, if you get the right people around and just put in the work, it will work! I’m very proud of that, and after, the hunger was back to train hard, and on a beautiful new rebuild track too!

The feeling of winning a race, or crushing PB’s, or jumping new big jumps, or doing lines you’ve never done before, all of those are great feelings. Just the chase to fulfil those goals, or the rush of adrenaline and fulfillment are what I like the most. And celebrating with the friends you raced with, trying to beat each other at the track, training together to get better together, but also being each other’s competitors, it’s a special sport, as I said, it’s so amazing to be a part of.

I’m grateful for everything BMX has given me so far, and still loving every second of it, so I’ll be here for some more years until don’t enjoy it as much anymore, but I feel like that’s going to be a long, long time!