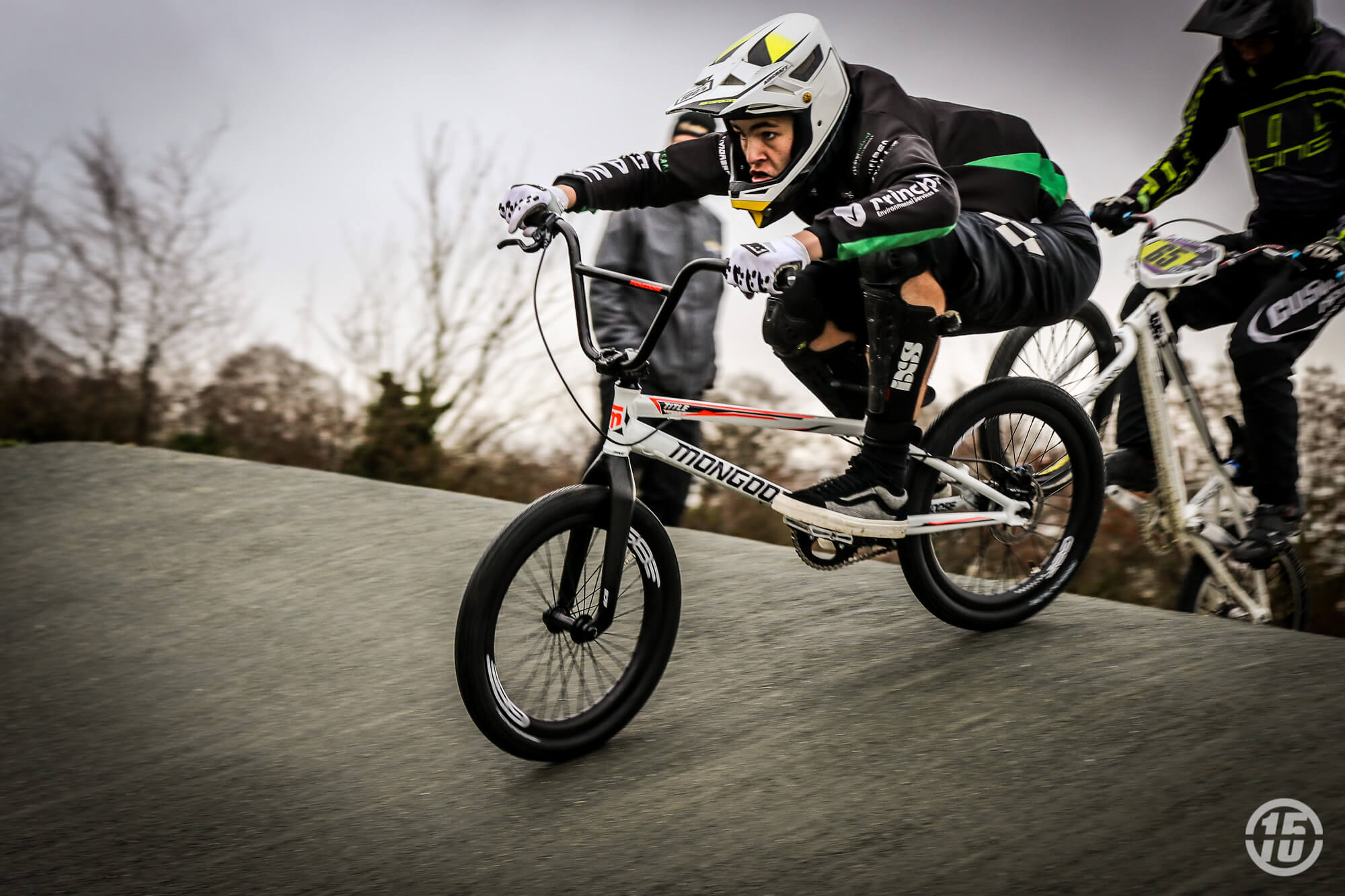 We’ve been a fan on Mongoose since way back when Andy Ruffell was cool … before all that Burner stuff … why Andy, WHY! Anyway, Andy aside, we’ve been quietly happy that parent company, Pacific Cycle, has once again unleashed Mongoose Race Bikes on the world, so when the guys at Gate8 BMX got in touch and asked if we wanted to test a Mongoose Title Elite we of course jumped at the chance.

What arrived at the Fifteen offices was not what we expected … it was a Mongoose Title Elite Frame but that’s about all that survived from the complete bike us mere mortals can purchase. This machine was totally bespoke, loaded with ICE, Box and Promax components including a pretty sexy looking disc brake and some very interesting prototype Gate8 full carbon rims! 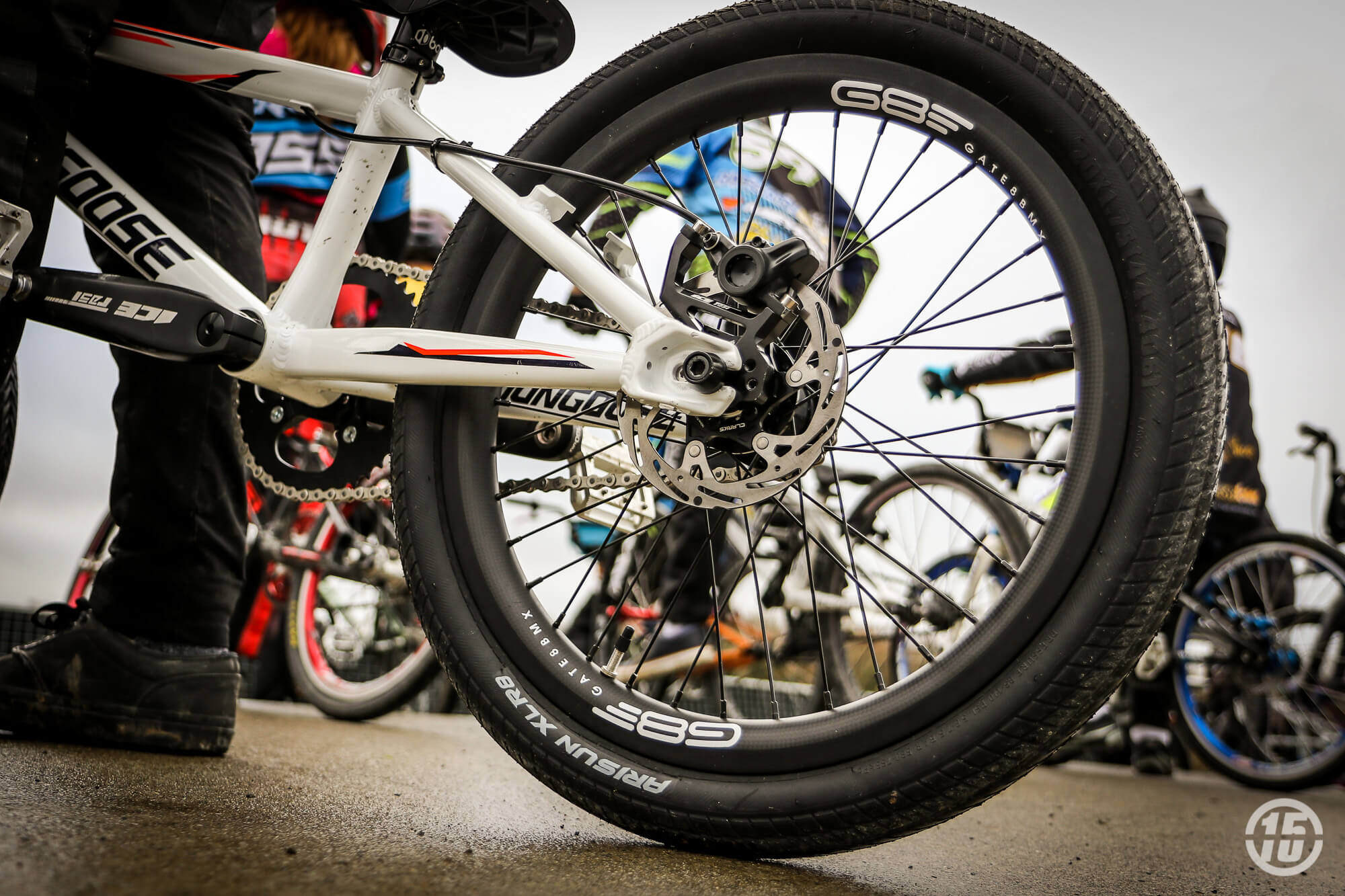 The Mongoose frame is a solid piece of design, especially when you consider that the complete ‘Title Elite’ retails for $449 / €550. For that price it would be unfair to compare it to a high-end alloy race frame, Mongoose are clearly selling this as an entry point to the sport and hoping for mass take up. In our case we only have the frame to consider but for the money you’re getting a lot. Visually it’s a clean, sleek looking aesthetic with the simple but almost iconic graphics lacquered over. The solid ‘pearl white’ finish, which is approaching full gloss, is decent … we didn’t really find any impurities … it’s nice! The frame was symmetrical, the welds were clean, it’s got hydroformed tubing, forged drop outs, a flared seat tube for a stiffer bottom bracket, a BB86 bottom bracket and impressively, internal cable routing. We’re big fans of internal cables, in this case it helps clean up the look but we wish Mongoose would have gone in through the head tube, like Chase, rather than just the top tube. But, like we said, for the money you get a lot, it’s all here. 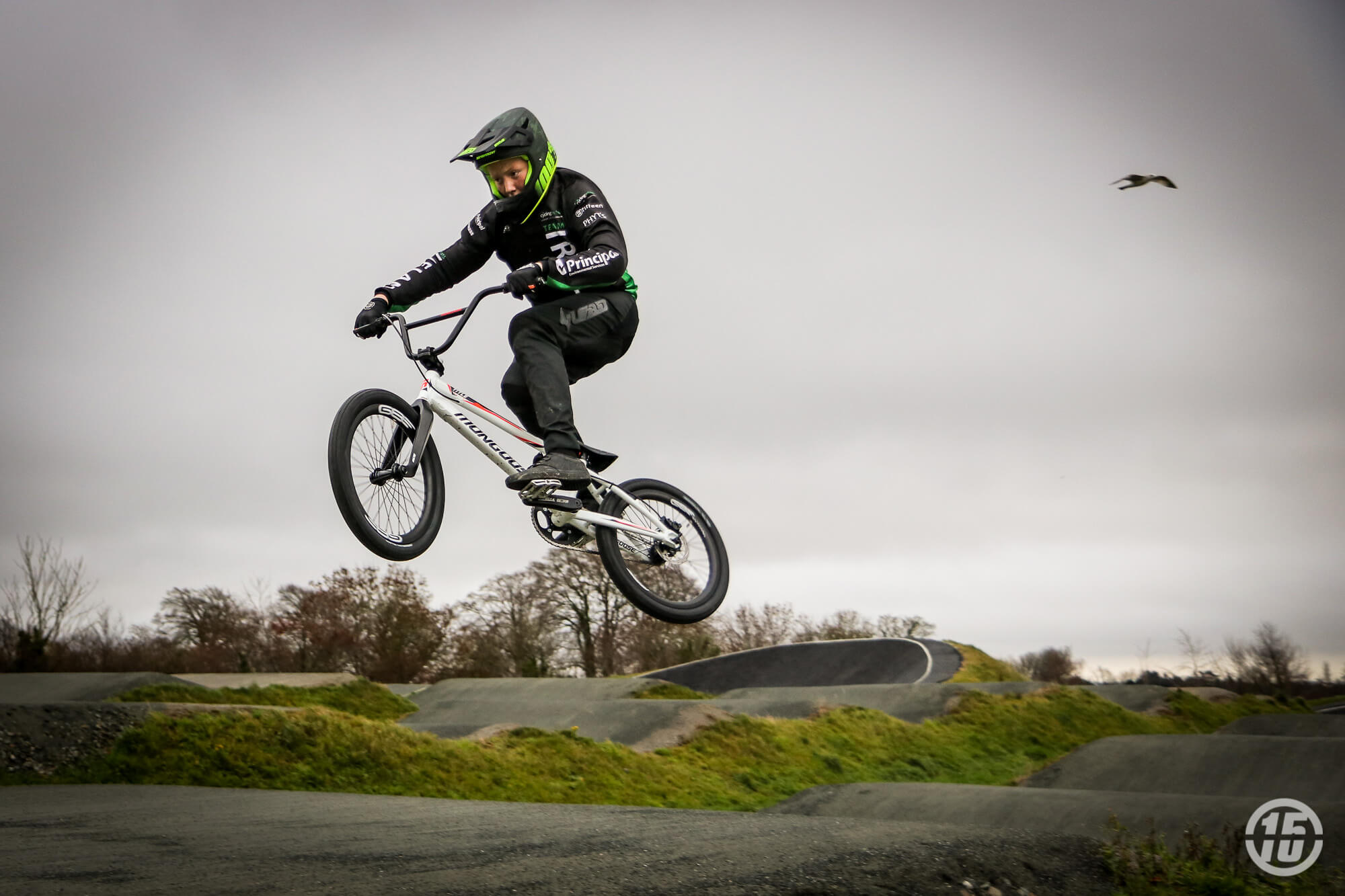 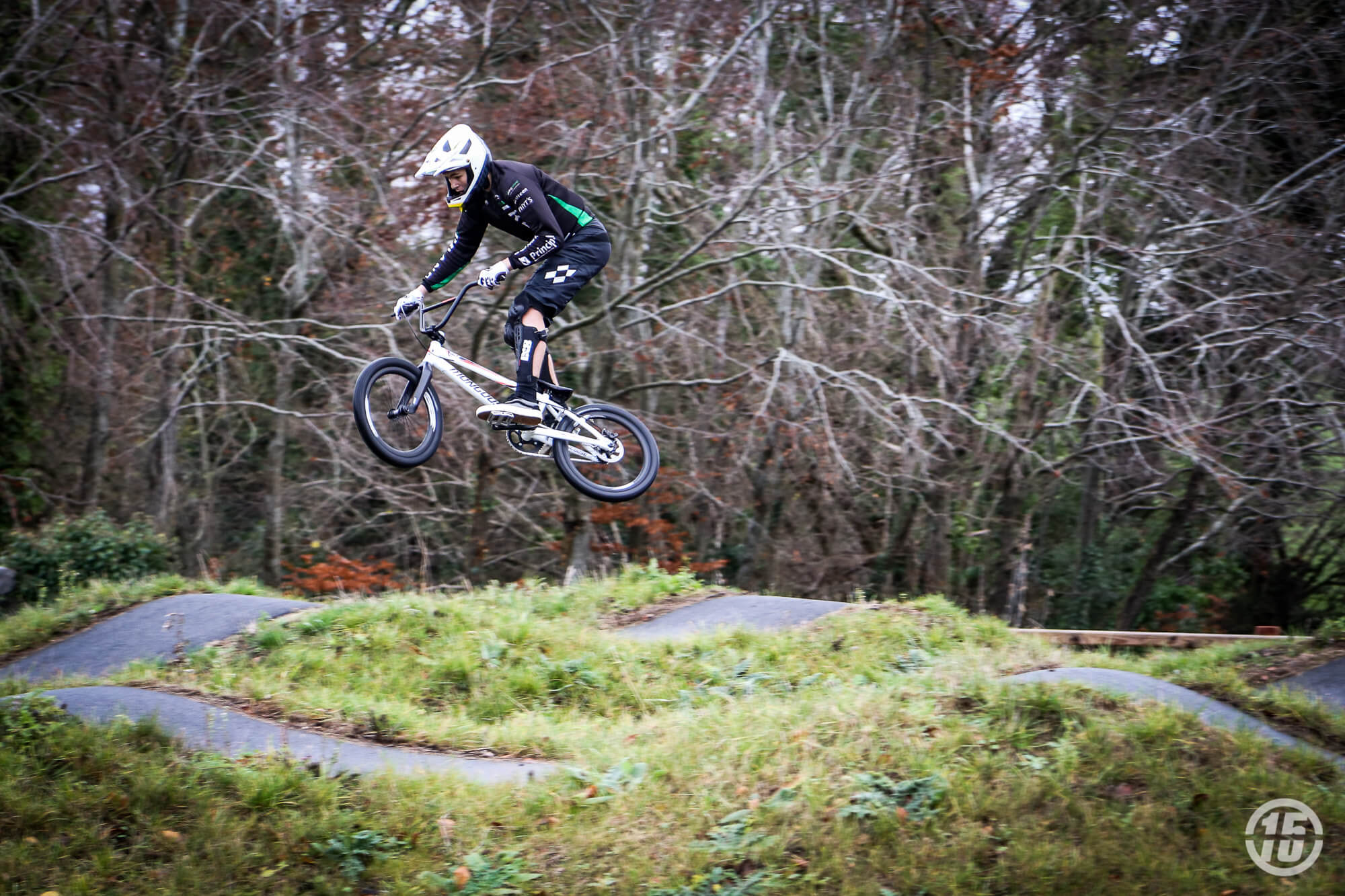 We had a little assembly when the bike arrived and everything went together without issue … but for the disc. It didn’t need assembly but we did want to straighten the wheel a tad, but the way the bracket is mounted and the length of the chain, it turned a simple task into a nightmare. We love disk brakes, of course you don’t ‘need’ them but they do look very cool on a BMX race bike but the more we play with them and the brackets and adapters required to get them on to a standard V-brake frame we’re less and less lightly to run them on our own bikes. For us, right now, on a non-disc brake designed frame, they’re just too much work … and unused V-brake mounts, no thanks … but, we want to be convinced otherwise, we really do … 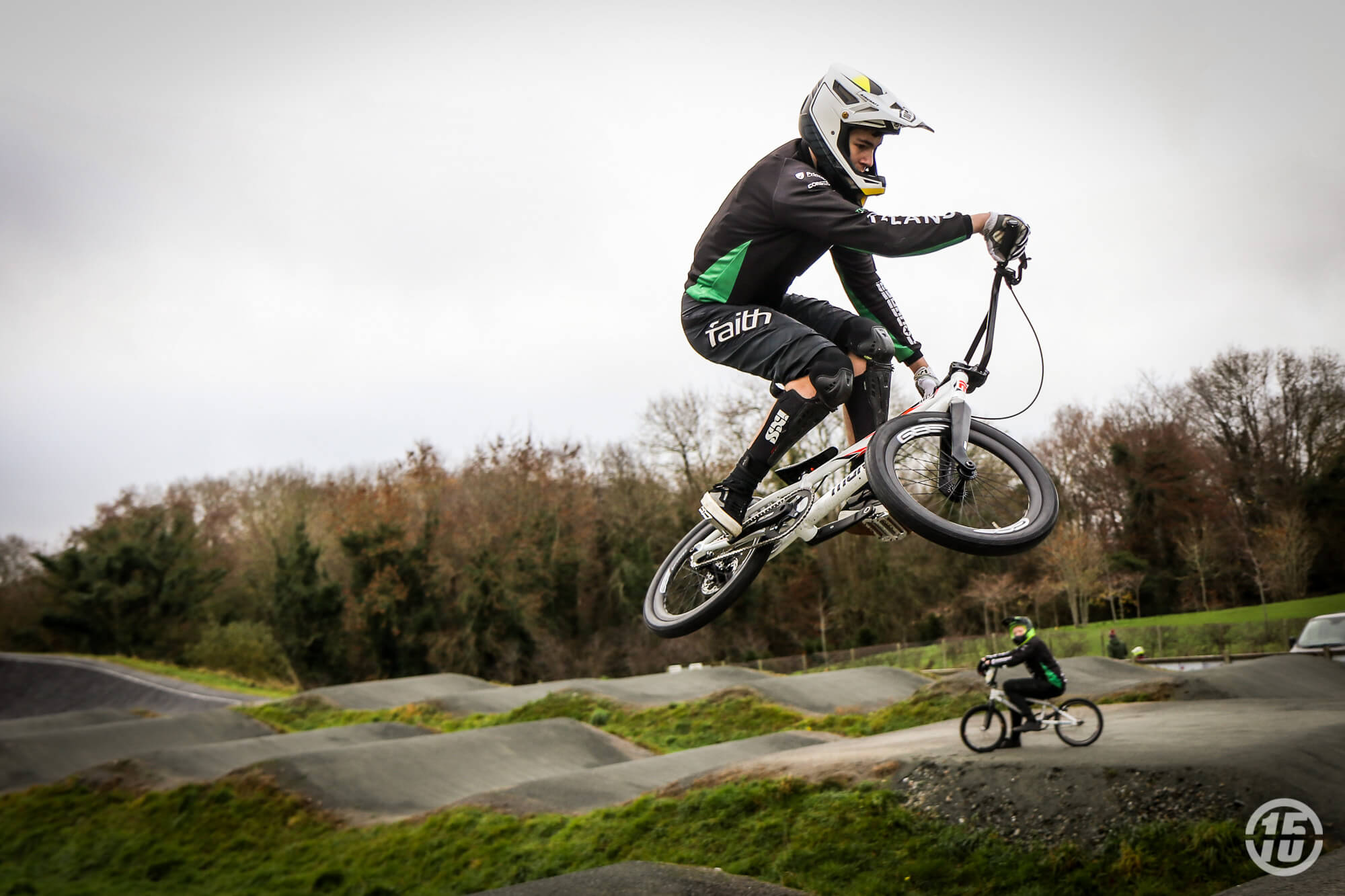 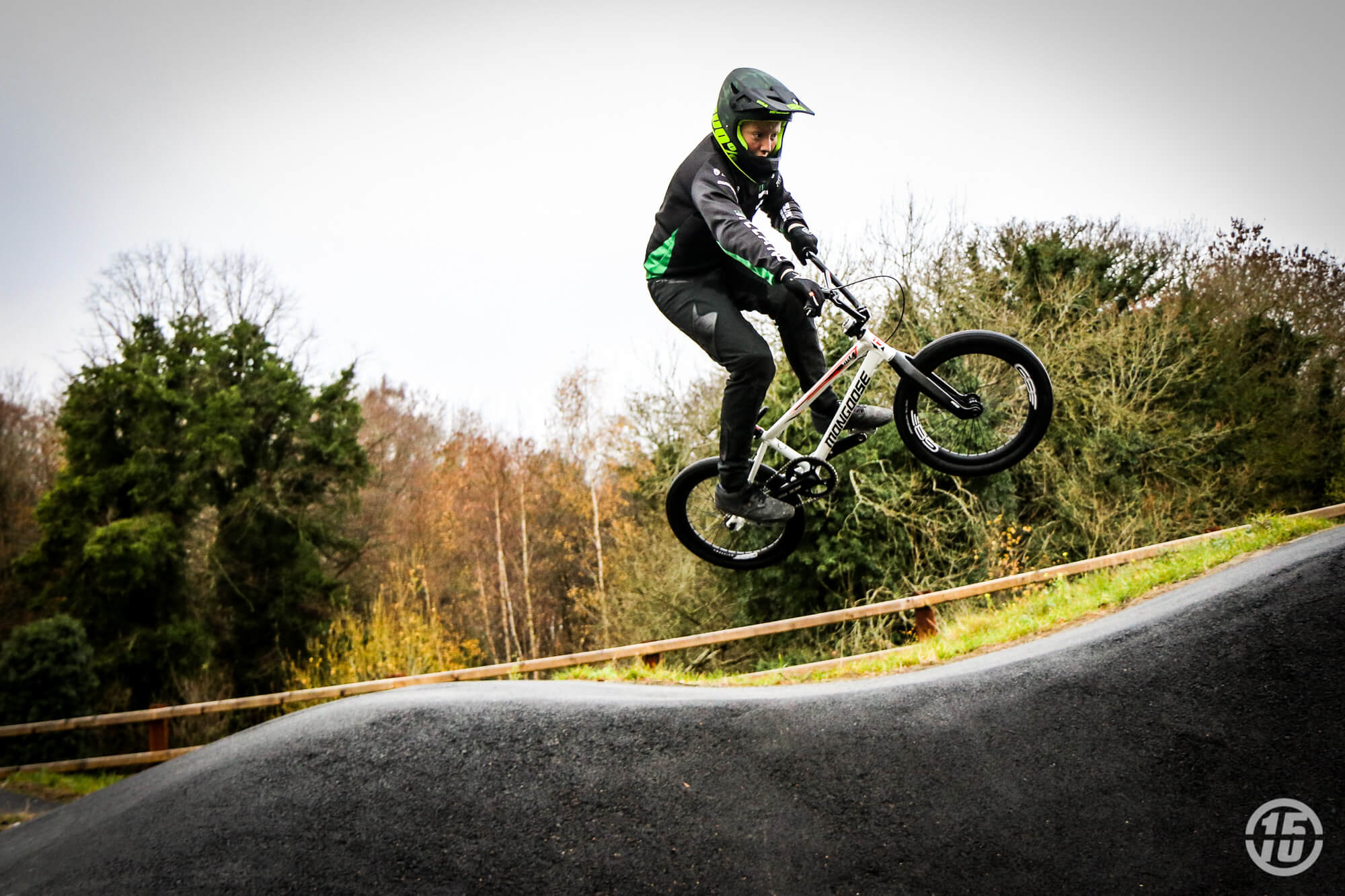 When we got on the bike the first thing we noticed was the stiffness, it was definitely sturdier than we were expecting … we think the very sexy Gate8 carbon rims had a lot to do with it. Up until recently we had no real desire for carbon, other than the obligatory forks you’ve gotta run (street cred) … well now we want carbon rims too. These Gate8, 4Sixty full carbon rims are a very interesting proposition, first off, the price seems very reasonable in the world of carbon rims, well more than reasonable actually. They will retail for about half the price of other carbon rims on the market … Gate 8 can hook you up for a little under £400 for a pair, other bands would be looking to take in that region for just one. To be honest, they look like the exact same rim as some other well-known brands when we did a super scientific visual inspection. Same factory? Probably! Same rims … hummm …

The 30mm profile rims, optimised for use outdoors in blustery conditions or so we’re told, will come in both 20” and 24” and are tubeless ready. Beside the fact that we’re hearing rumours of major brands having trouble keeping the tire on the rim during ‘elite level’ corner testing, we still like the idea of tubeless race bikes. Getting rid of that rotational weight has got to be a major advantage! The rims will also be available with a basalt braking surface for the shrinking group of riders who still like V-Brakes. The retail version of the Gate8, 4Sixty rims are still a few months away, plenty of time to start saving … we hear the Zolder Worlds may be the official unveiling. 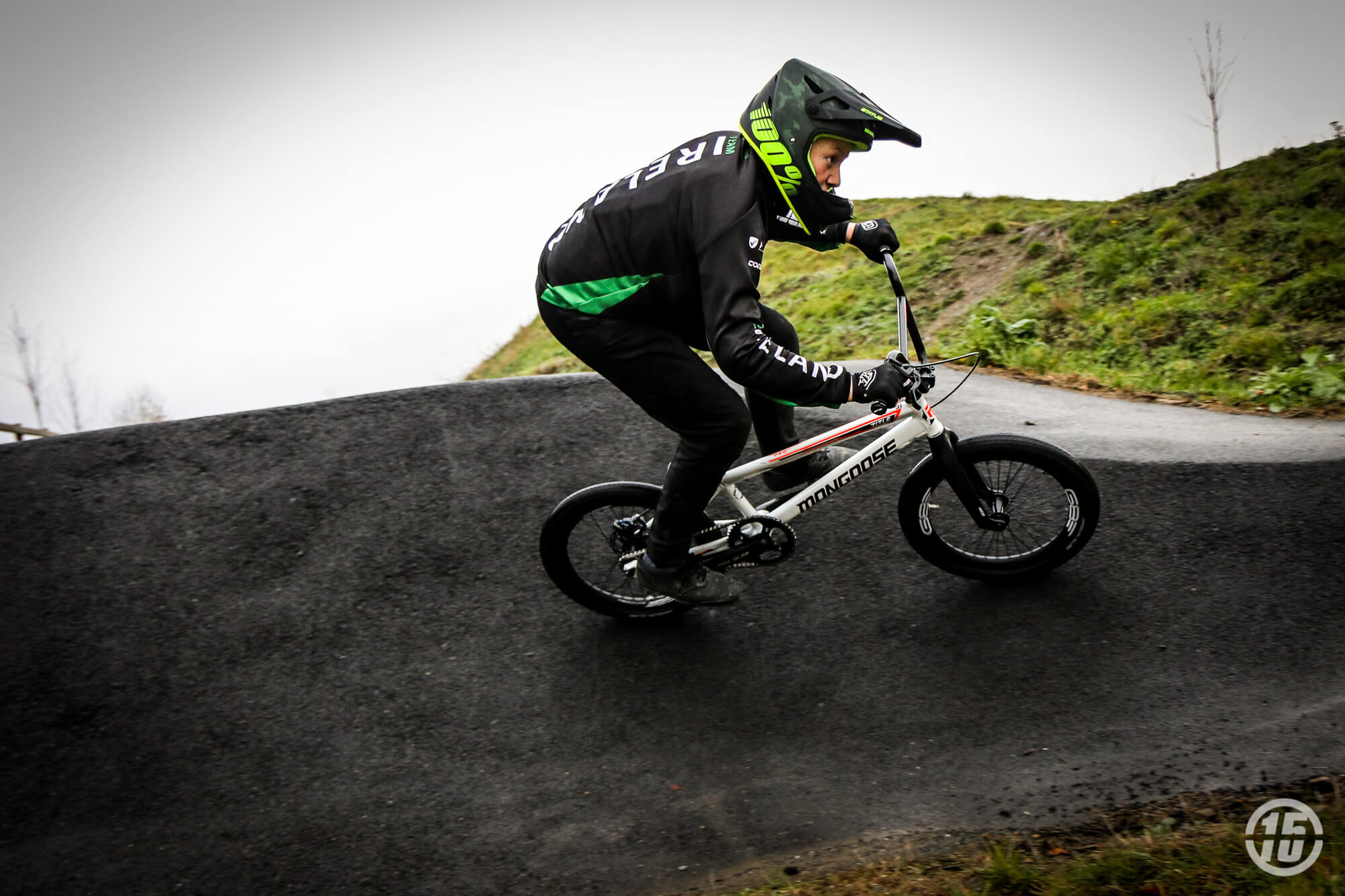 When it came to riding the XXL frame and 180mm cranks, confidently on the track anyway, it was a little too big for my statuesque 5’11” … ok, 10” … fine, 9 ¾’s. So, we roped in two of Ireland’s shredders with potential … Calvin Dunne and Ryan Quinn. After some sprints and some manuals, they swapped the bike back and forth between themselves and raced it at a local Lucan BMX Club event. Both guys looked comfortable in the Superclass with Calvin even getting his best gate of the day (to our eyes) in one of the motos, on a bike he only hopped on 30 minutes before. Neither looked uncomfortable. Post racing, we got another couple of hours just playing around on the race  and pump track. The bike manuals nicely, it jumps nicely, it corners nicely, it’s stable on the gate … ‘it’s a nice bike’ they eventually agreed, which just may be high praise … neither could really come up with anything to complain about … which is unusual …

Check out the Gate8 BMX gear at gate8bmx.com 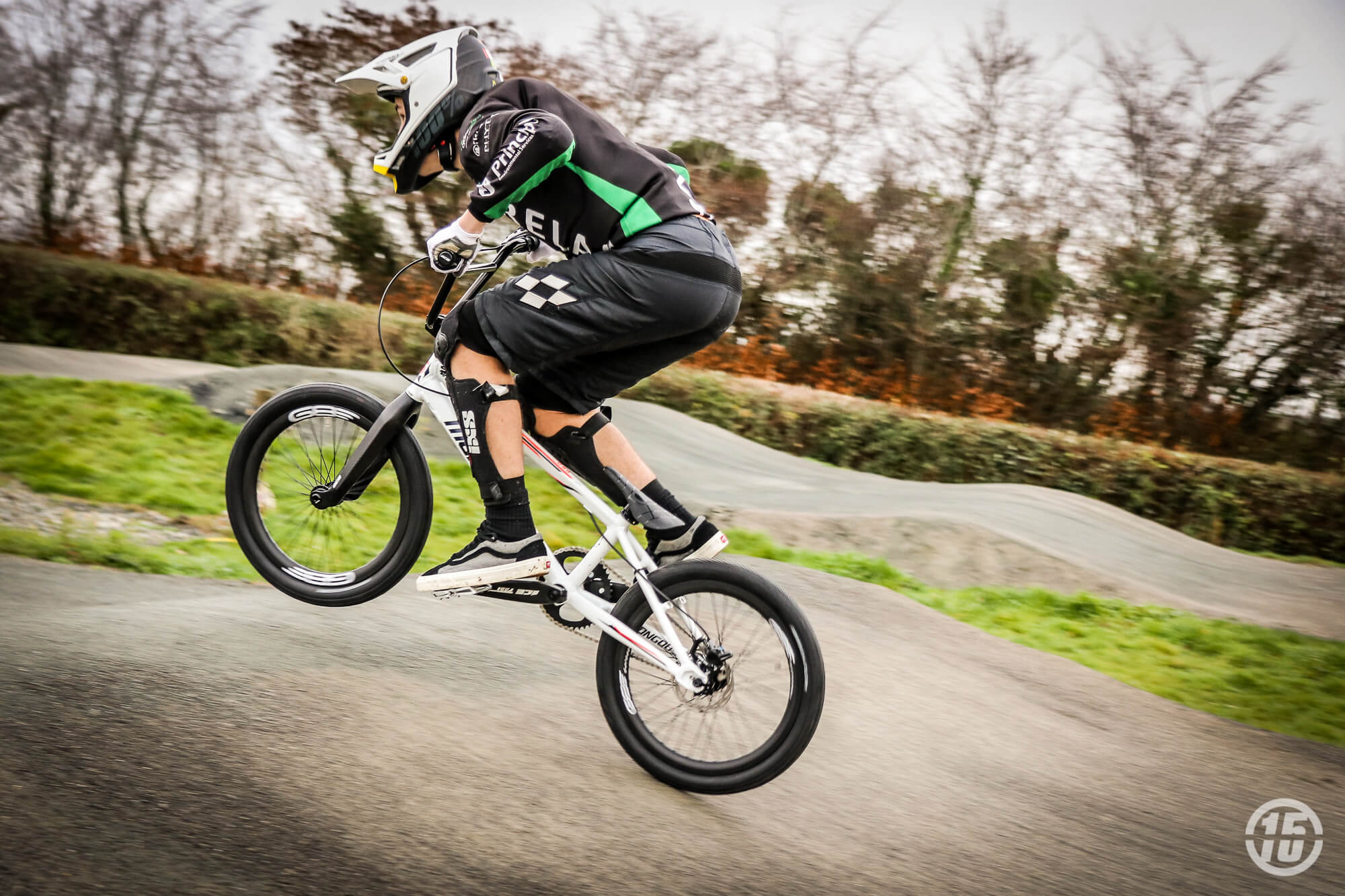 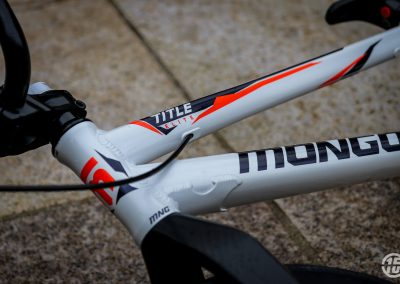 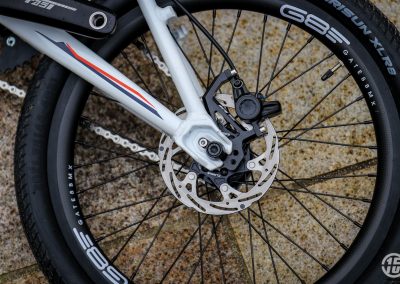 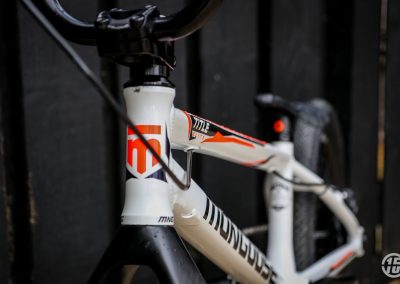 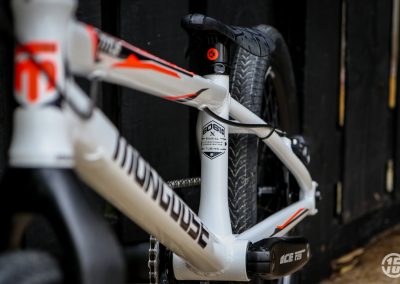 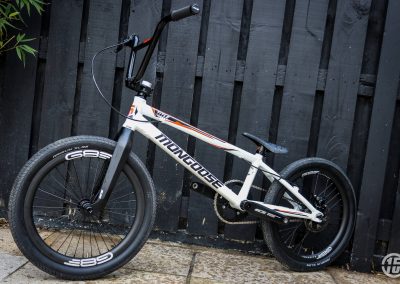 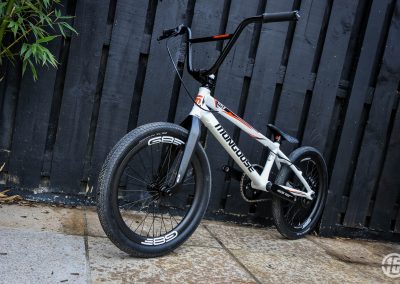 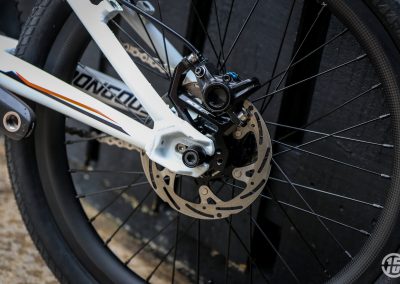 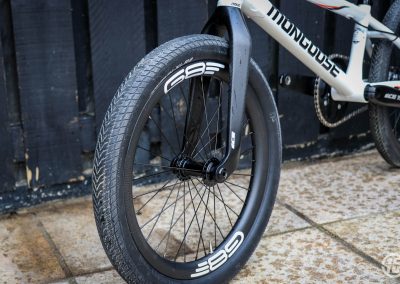 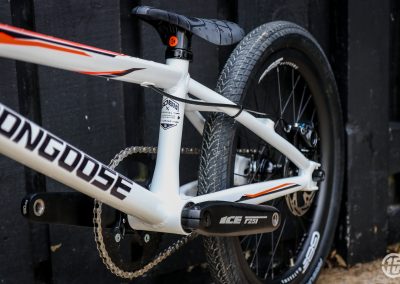 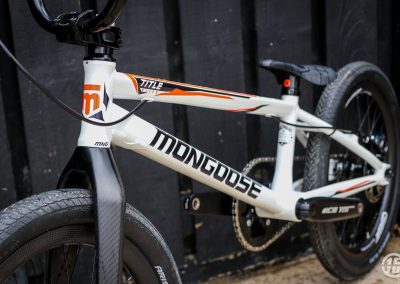 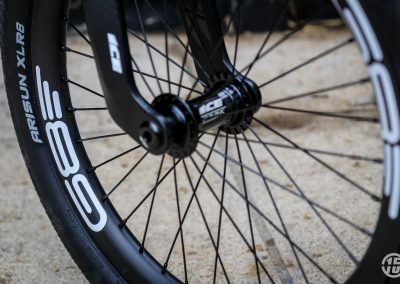 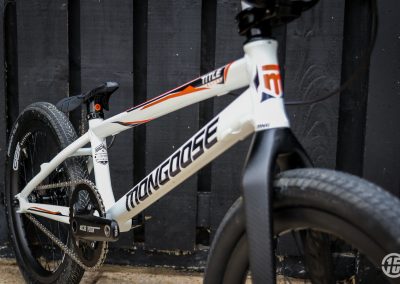