Kelvin Batey | Back in the Chase

Kelvin Batey | Back in the Chase

15: You’ve been away, well from racing, for a while now, tell us what you’ve been up to?

Kelvin: This last 12 months has all been bit of a blur if I’m honest. I really don’t know where all the time has gone. I’ve been concentrating on being a Dad, which is amazing, working with the Dame Kelly Holmes Trust, coaching, keeping myself in shape and a few other bits that have kept me busy … for the first time in my life I feel fulfilled while away from the sport.

15: Obviously your priorities have changed, understandably … but have you managed much track time in the last year? You have got to have missed the thrill of regular racing?

Kelvin: I haven’t had as much time on the bike this year as I’d like but with things settling down at home and Evie is getting into more of a routine, I’ve been able to start getting out on the bike more. Especially now my back problems are easing and I’m feeling pain free when I’m out riding.

Enjoying riding my bike is a big priority at this stage of my career so when you are in pain it becomes more of a chore which obviously isn’t good for you. I have missed racing the big races though. I was glued to the screen when the Worlds were on, but it’s been nice to take a back seat from full on competition and just enjoy time with the family.

I’m a very lucky man when I look back at the career I’ve had in BMX and I am lucky in another way, to now have 2 beautiful girls keeping me occupied and enjoying life away from the sport too.

15: Your plan is to get back on the gate at the Brits later this month, what’s the goal for the event? Elite we assume …

Kelvin: Yeah, I’ll be racing Elite at the Brits and I would be lying if I said I didn’t have a target. Whether I can achieve that target is another thing. To go into a race with a target or aim, whether it be performance or results has always been a huge motivation for me and I’ll approach this race in the way I have approached every race in my career … 100%.

Kelvin: 55 will always be my number so it will be back on the front of the bike for the Brits. 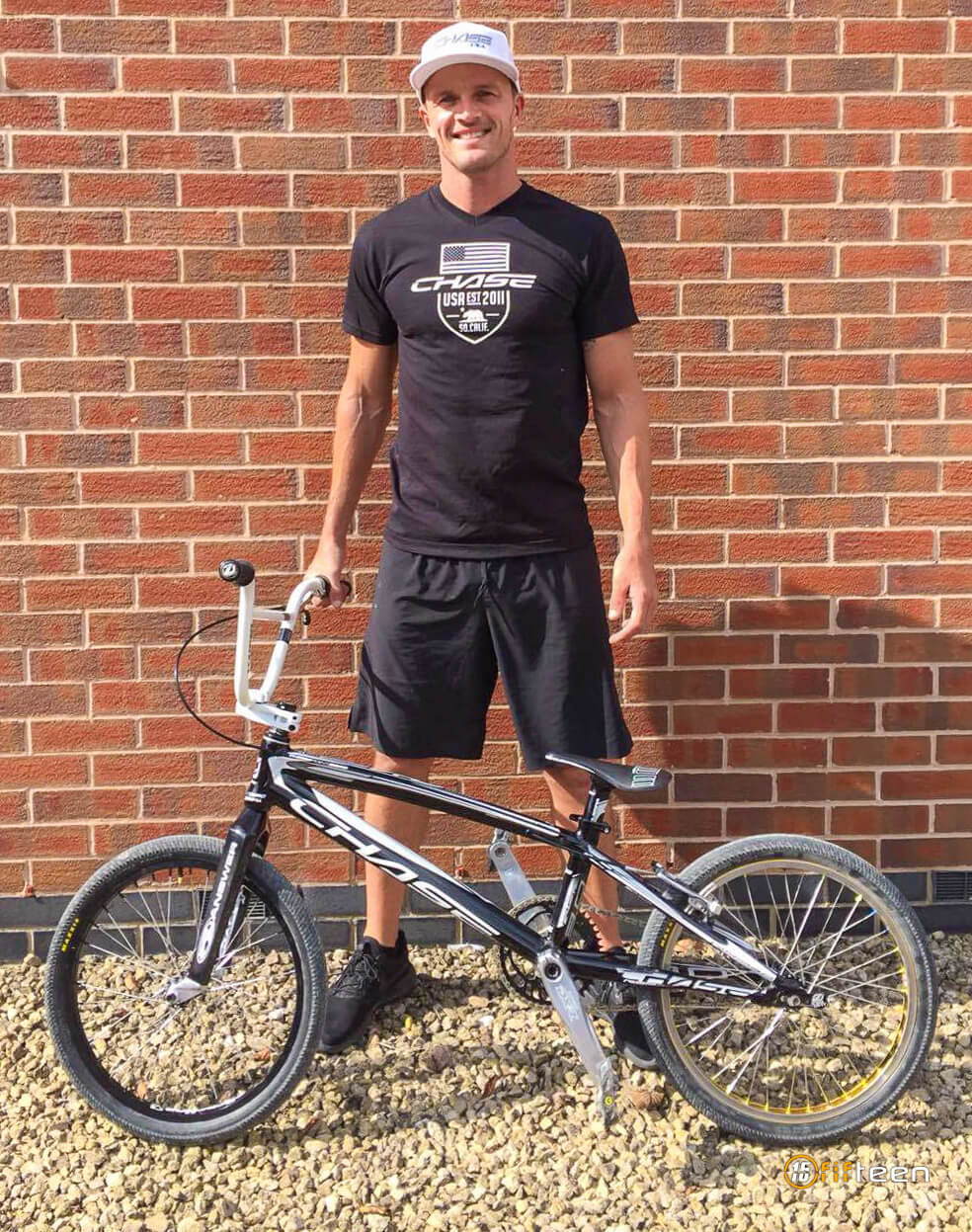 15: We guess the bigger news is that not only are you back but you’re bringing a new Team with you! Chase 55 … what’s the plan for that going into 2018? Will we see you and the team at all the UK Nationals?

Kelvin: We’re currently putting final pieces together to have the team ready to go in a few months’ time. I aim to run it very similar to how I ran the Route 55 team back in 2010-2013. The riders in that team had the right attitude towards their training and racing, an amazing team spirit and were there to support and push each other. Those were major factors in the team’s success in winning National titles and something I want to replicate with Chase 55.

The team will be ready to go for the 2018 season but the upcoming race at the British Championships will go some way to dictating whether I will be on the track racing or on the side-lines looking after how things are run in the team tent.

15: How did the Team deal with Chase come about? Has it taken long to put together?

Kelvin:Things have been in the pipeline with Chase since the spring … it’s been a steady process that has taken time to get right but I’m lucky to be involved in this with a great group of people who see this as long-term development for our team riders and the sport in general.

There is obviously a strong commercial focus and the team is here to promote the BMX Racing Group brand’s. If the team can do well on the track we believe that will drive sales off it. With the support we have from Cédric Marchand at USProbikes and one of my all-time BMX heroes, Christophe Leveque, I’m confident we’ll succeed.

15: We believe you’re not announcing the line up until this season finishes up … any hints as to the riders, what classes? We’ve heard a rumor of one female rider linked so far …

Kelvin: I think out of respect for other teams and keeping riders focused on the rest of their races, it’s only right to announce the team roster after the end of a season. We have an excellent line up in mind and I’m looking forward to seeing them bonding as a team and progressing onto the next level. We do have a certain female rider close to signing as well as a male rider who I know extremely well … 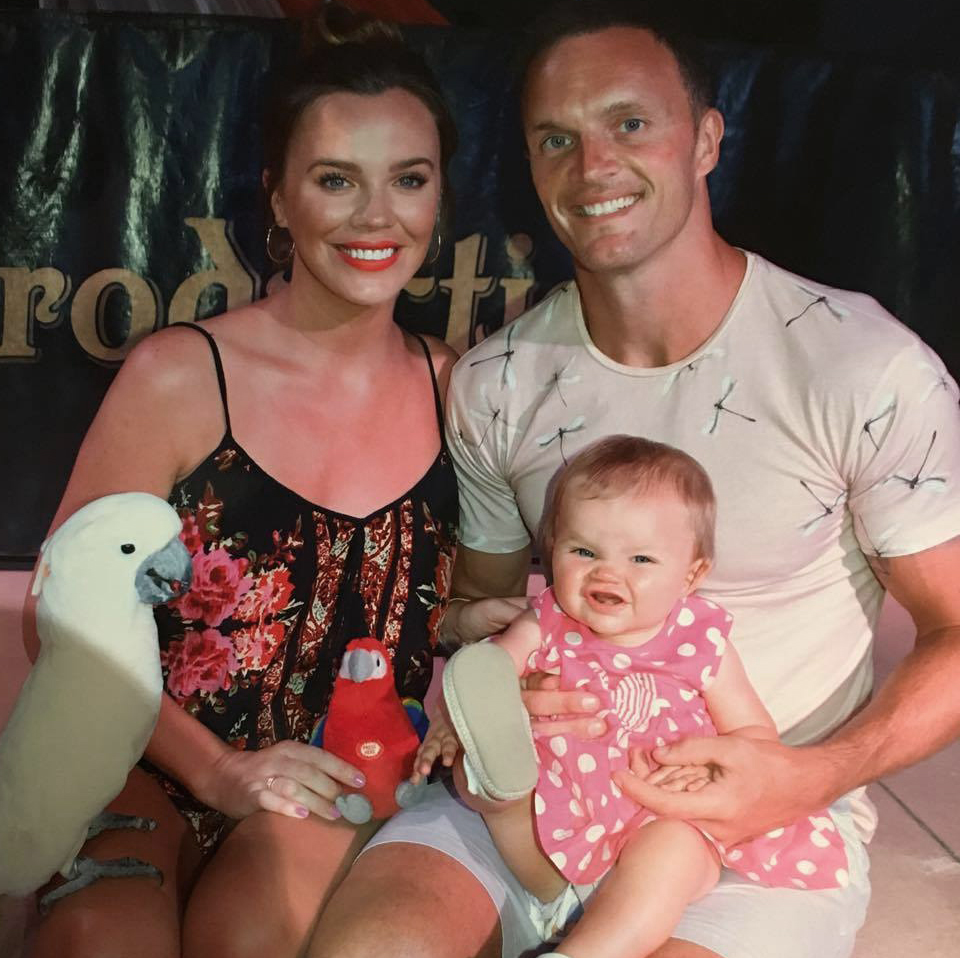 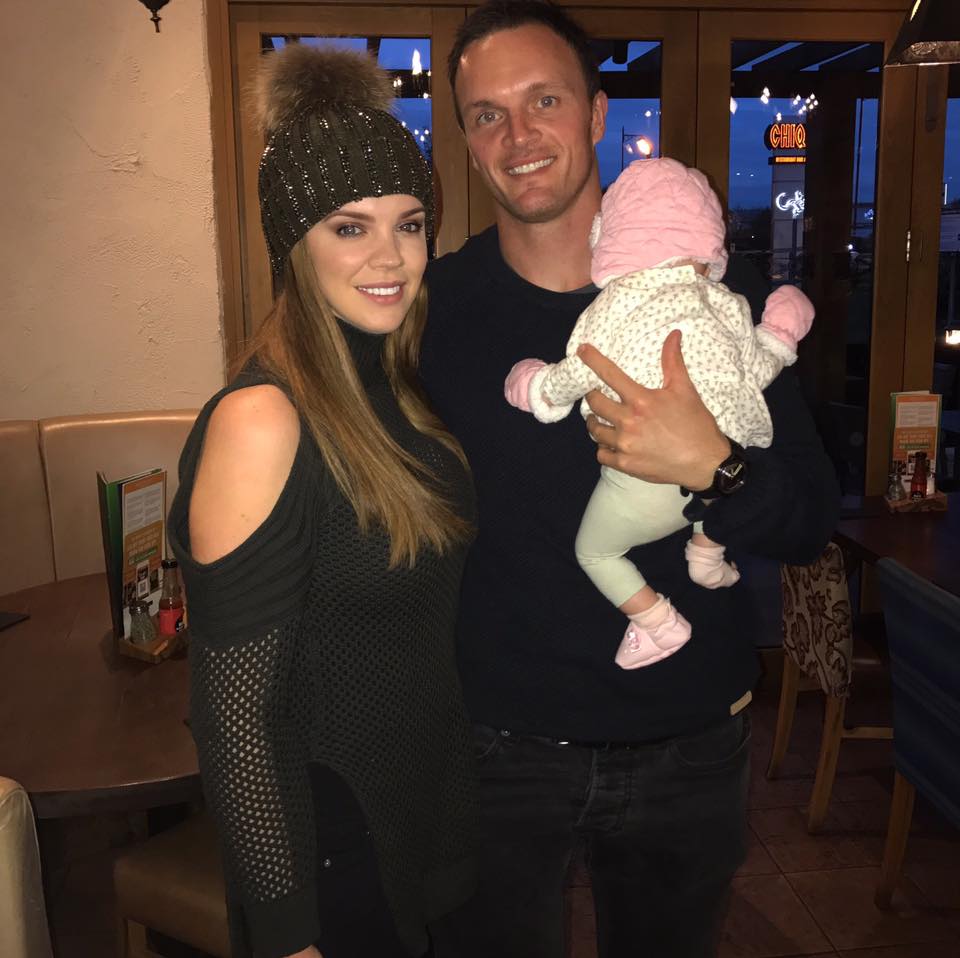 15: We know you had planned on returning to the Worlds in Master this year, obviously that didn’t work out …

Kelvin: I had planned to race the Worlds this year but due to circumstances outside the sport I didn’t feel I could go to that race and perform at the level I wanted. There’s nothing worse than getting on the gate for a race knowing you aren’t fully prepared or even 80% ready for it which would have been the case for Rock Hill. Now I feel different, now I feel ready to go for the Brits and represent all the other BMX Dads in Elite!

Kelvin: We’ll see, I know I still have it in me to challenge for a Masters World title so having kept on top of things this year and still being in shape, if that’s what I choose to do then it won’t be too hard to be at my best next June.

15: So back to the Brits and your return … excited? Confident?

Kelvin: I’m excited to be back out on the bike and to be not only racing at my home track but the track where I won my very first Brits back in 1989. It’s my favourite race of the year and a title that I’m very proud to have held every year from 2003-2010 in Elite. I’ve always made sure I was ready to be on form at British Championships when planning my race season each year. I’m confident I can reach the target I have set myself or I wouldn’t even get on the gate. More that that it’s about going out there, enjoying racing, riding to the best I can be on the day and making my family proud.

‘It’s been an really great week so far, I’m relaxed and ready going into the race this weekend!’ 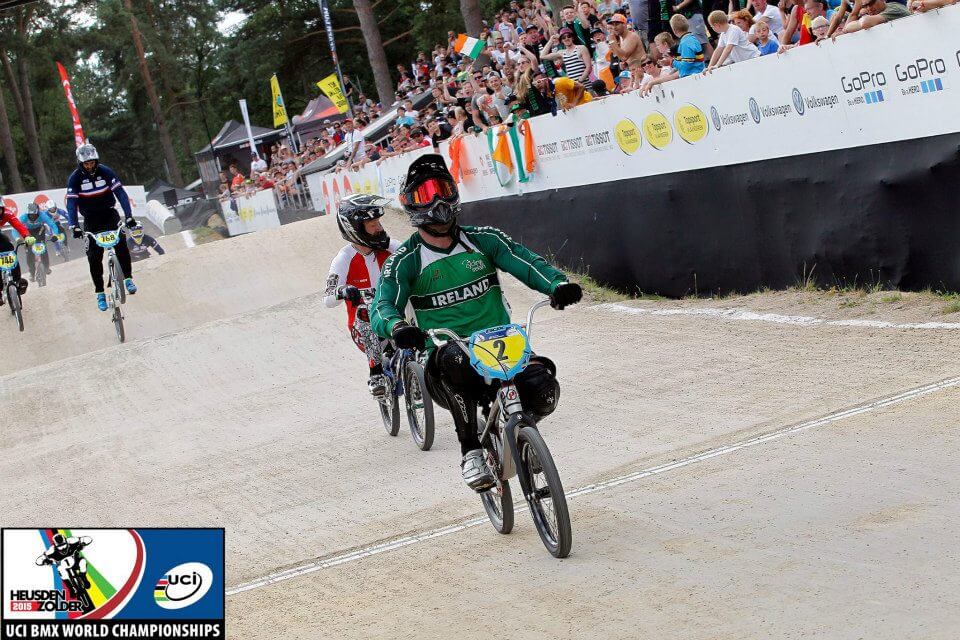 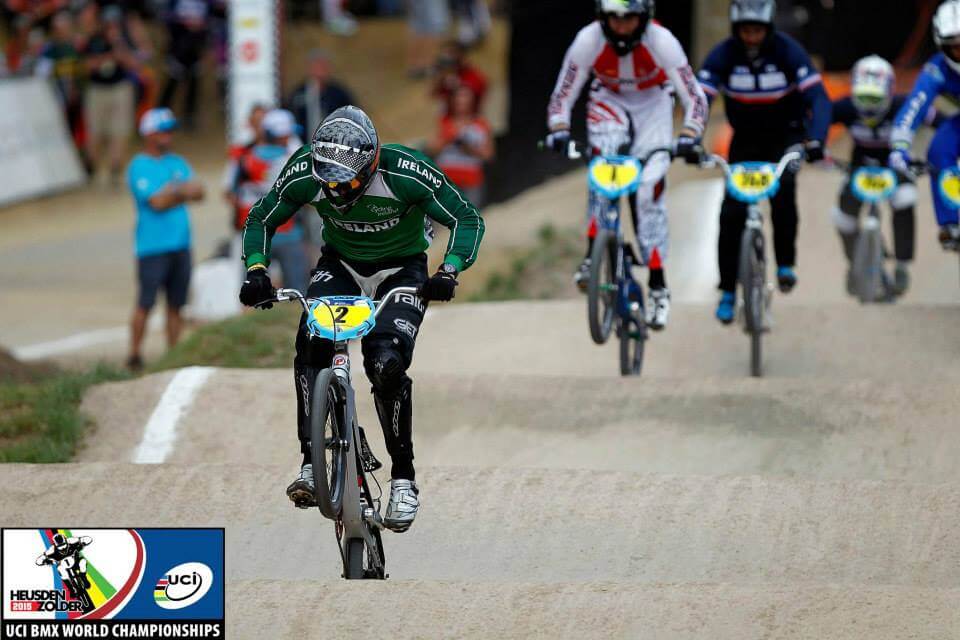 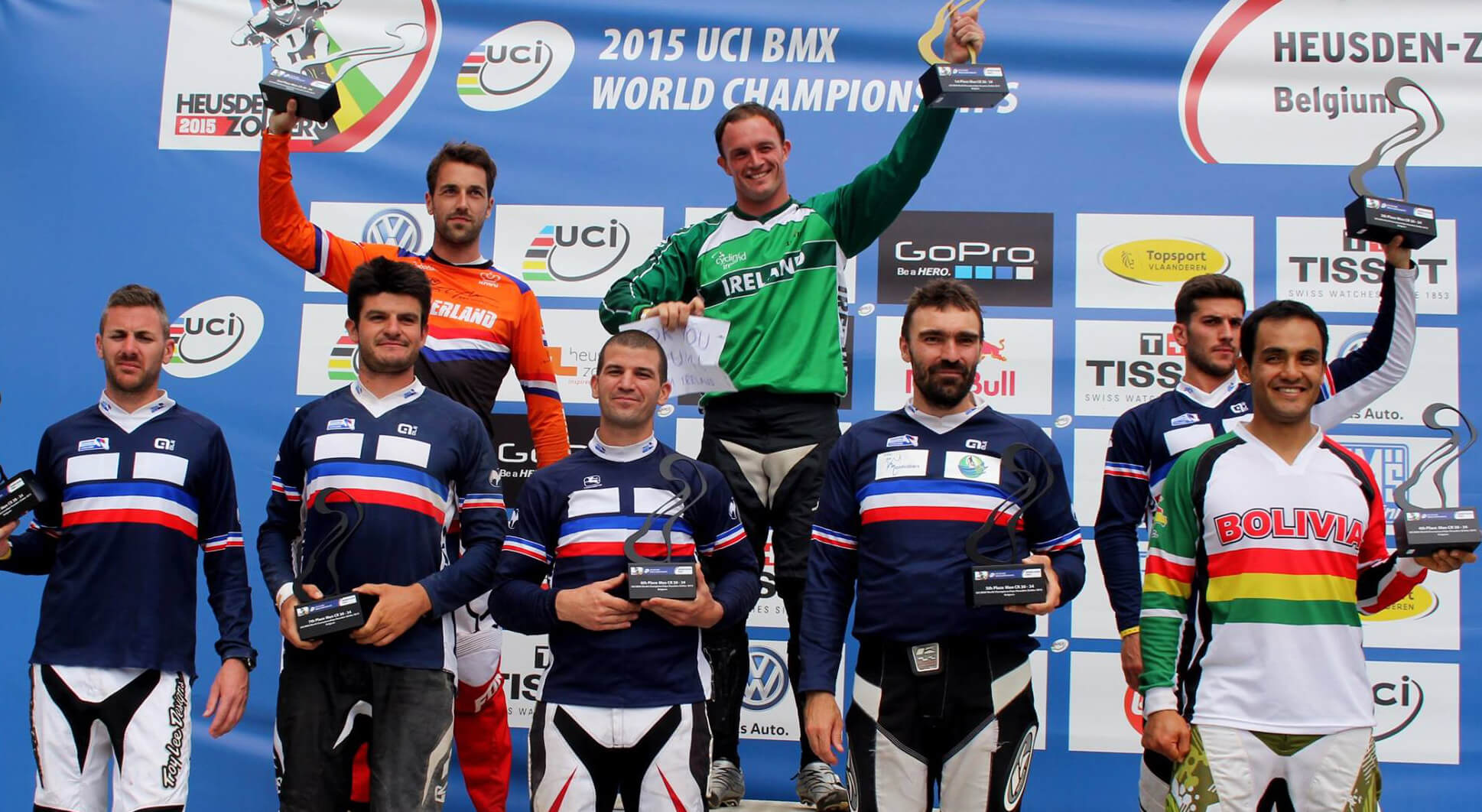