The USA’s Nic Long has been at the sharp end of international Elite BMX Racing for years now, you’d be stupid to bet against him making the main at any event, in any year … and 2016 has probably been his best to date.

You can’t argue with the amazing 7th to 3th at the Medellín World’s final to secure his Olympic spot. Then came the Rio final … first to the first corner, first to the second and then … well you all saw it.

That impressive ‘3’ he has beside his name on the 2016 UCI rankings is not an easy thing to achieve, look at the long list of really FAST riders below him.

15: Colombia and your 7th to 3rd in the final must have taken a massive amount of pressure off you … did you enjoy sitting looking at the Olympic Trials in Chula Vista, thinking ‘I’ve already got a ticket’?

Nic: Absolutely! The trials race would be the hardest race for me personally … along with our national champs, it’s hard to race a full gate of my friends just knowing only one place matters.

15: Did your experiences from London 2012 help you going into Rio? Do you think it may have given you a slight edge over first timers when dealing with the pure scale and pressure of the event?

Nic: It for sure helped me personally, just had a completely different mindset in Rio … so with that being said, it may have helped a bit … but there wasn’t too many first timers in Rio I feel like.

15: Where your personal expectations much different going into Rio when you compare them to London?

Nic: Absolutely, I went to London as prepared as possible … but I feel I was more excited to have just made it. Then when racing was done, I was really let down.

‘Rio was about redemption for myself personally, and though being so close … that holeshot made the whole 4 years worth it to me.’

15: The track wasn’t that popular at the test event in 2015, where all the rider suggested changes implemented for the main event? What was the track like to ride?

Nic: All I’ve gotta say is that step up … I wanna know what Ritz was actually thinking.

15: There was lots of talk about the green berm jump and berms, do you think they affected the racing?

Nic: I don’t think it affected racing at all, but it was for sure an obstacle in itself … I did one lap cruising, and had to start wearing goggles … it was blinding and hard to see definitions in lips and landings.

15: Your first jump crash during practice was spectacular, where you hurt? Did it hamper you at all during the racing?

Nic: It was a perfectly executed mistake, and then I got some massage/acupuncture and roughed it out … I rode well, and that crash didn’t hit my pedal in turn two or swing wide in turn three haha!

15: At the risk of pissing you off, what happened during the final? Brilliant first straight, brilliant second straight and then clipping your pedal coming out of berm two …

Nic: Was exactly that, I showed up in the best shape of my life and my mental state couldn’t of been better … but with no excuses, I made my own mistakes and lost the gold medal myself. Though I’m still extremely proud of myself, and people noticed I was the fastest rider when it mattered.

15: Reflecting back on the whole ‘Rio experience’, what was the stand out moment for you?

15: Are the 2020 Tokyo Games on your radar just yet or are they too far away to start thinking about?

Nic: Well 4th place isn’t bad at any other race, it stings a bit with that one … I feel 2016 has been my best year racing and training with Kurt Pickard I’ll only get better. We’ve came up with some great programs and he knows my work ethic … if I stay injury free, I believe in myself enough to think I can make it to Tokyo.

15: Where is your Olympic bike now? Do you plan on riding it again?

Nic: It’s at Haro headquarters now. Not currently riding and will probably sell it.

15: Did you have much input into how the bike looked or was it a surprise when it arrived from Haro?

Nic: I usually work pretty closely with Ideas about race, just since DB left. So I helped narrow a few things down and get it perfected.

15: Your frame is notoriously long, what is the actual spec.? Did you have any other custom built parts on the Olympic bike?

Nic: Top tube is pretty standard at 21.75 but the rear end is where things get funky … she’s at a cool 17.2″ to the center of the drop out. Only other custom thing I did was a custom tangent top load stem that’s 39mil. 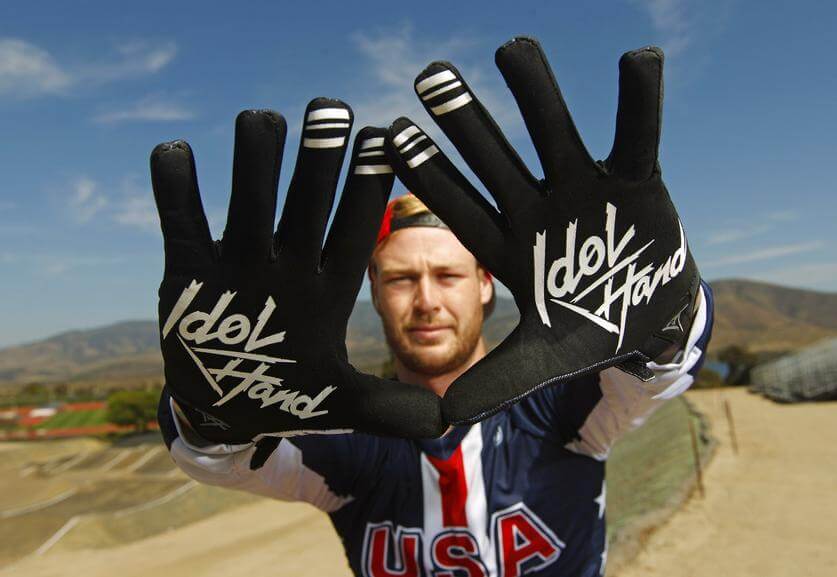 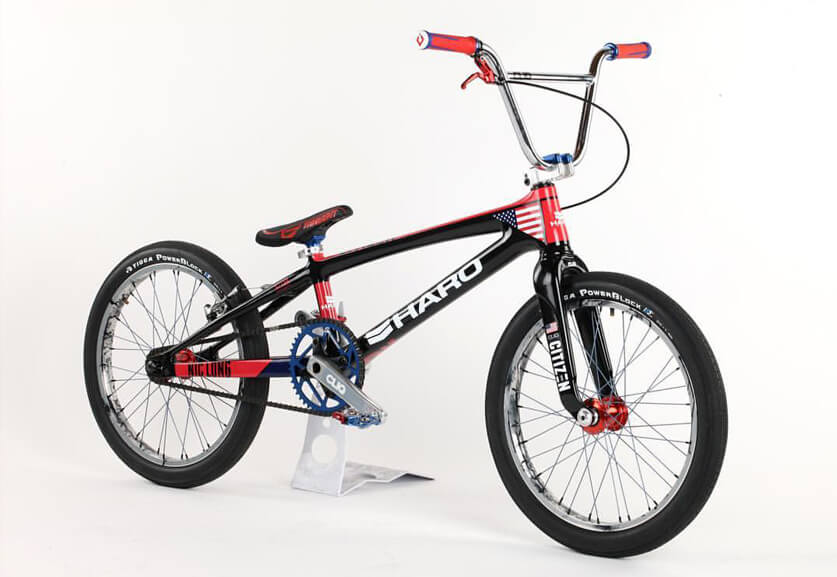 15: How is your Idol Hand Glove venture doing? Where can we get our hands on them/in them?

Nic: It took some time off this year to focus on making the games.. and the first run was messed up with some production errors in the Velcro. With that being said, I’m actually in the process of new designs and better distribution….Hopefully get these new and improved gloves out to everyone in the world. So stay tuned!