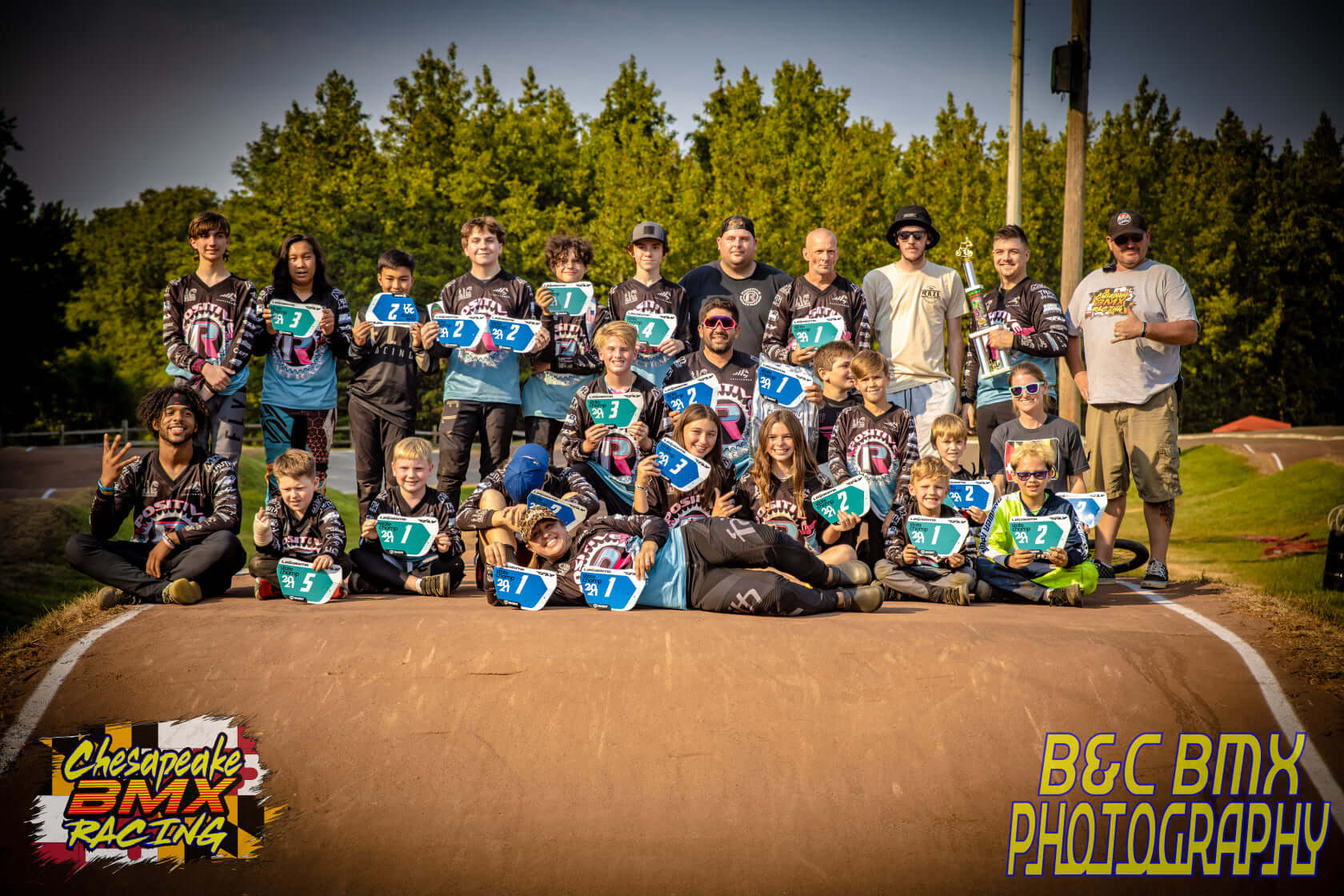 Baltimore City, MD- Positive Impact Racing, a Maryland based cycling team has expanded vastly for the 2022 season covering 3 states with a 50 rider roster. Maryland, Delaware, and New Mexico are now states that this program calls home.
Positive Impact Racing is a deep rooted family style BMX race team that was started in 2018 by 3 friends that wanted to give back to the sport of BMX racing. Kenneth Knott, William Ellis, and Antonio Mathis set out to form a BMX program that would elevate riders to their highest potential.
In 2021, the team compiled a very high amount of accomplishments. The range of success varies from riders moving up in proficiency, to making mains at nationals, to being ranked at the top of their classes in the state series.

– Kenneth Knott, the team owner said, “In just 3 short years the program has grown in numbers so substantial that the expansion of the program was a must.”

– Kai Archer said, “Really nice people, We just want to race and have fun”. Kai is going into her fourth season with the program.”

With the 2022 program expansion we welcome team managers Jimmie Gomez of New Mexico and Brandon Wood of Delaware.

Jimmie Gomez and his son Xavier rode for Positive Impact Racing for the 2021 season prior to the proposal for
expansion. Jimmie was able to gather some heavy hitters for his New Mexico team. He has also been racing for a few years and has great communication with the track operator and coaches at his home track, Duke City BMX in New Mexico. Keep and eye out for their roster to be released shortly after new years!

Brandon Wood accepted the offer to be a part of the Positive Impact Racing team at his home track’s state
championship finals race. He currently competes at the expert level. When asked if he would take on managing a team, he didn’t hesitate to say yes. Brandon is a mentor to the local youth at First State BMX in Milford Delaware.

The race season officially starts January 28th 2022 in Lexington Virginia at the USABMX Blue Ridge Nationals. Of the 50 rostered riders, 20 will be in attendance to compete.