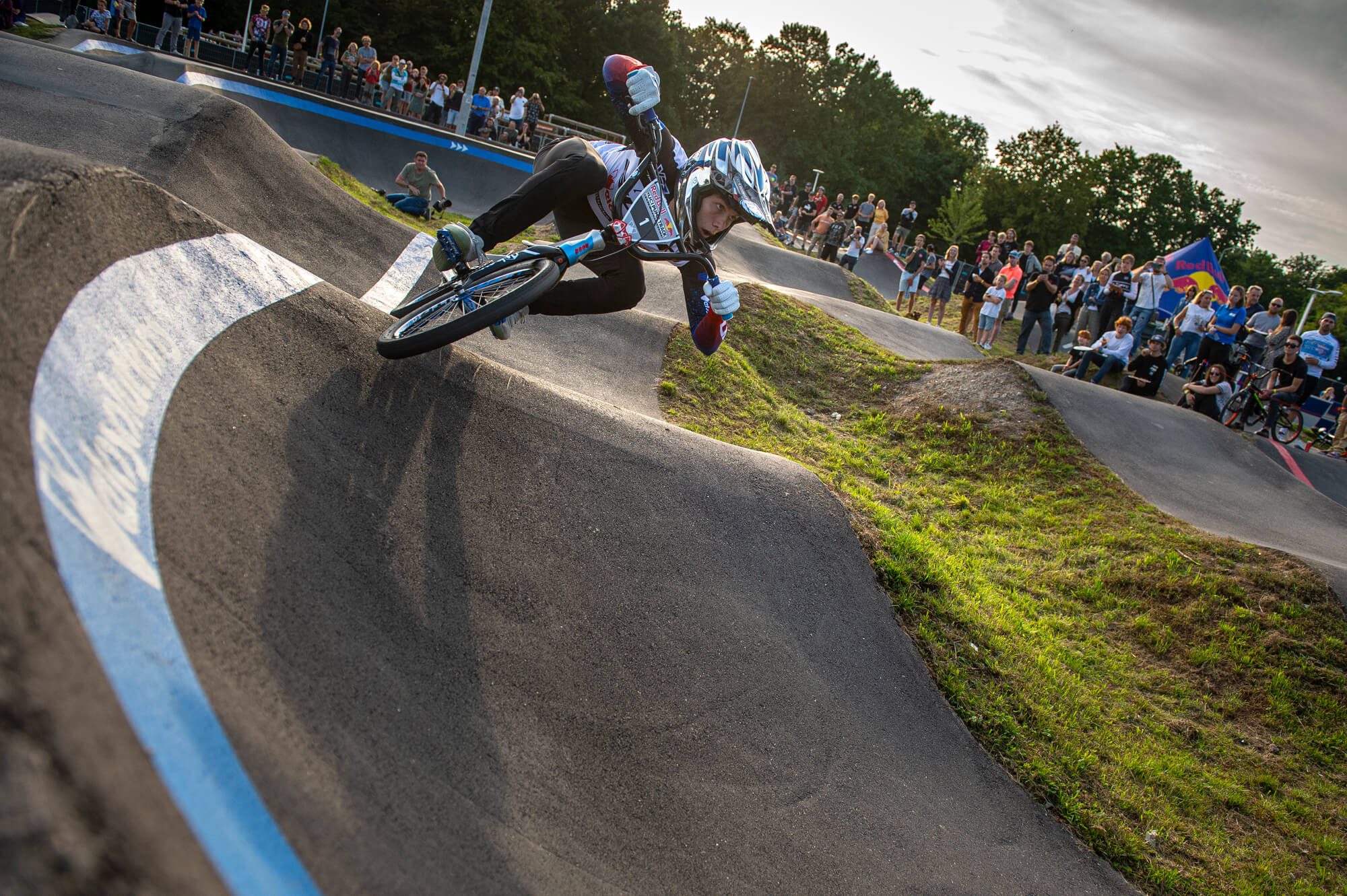 The 2021 Red Bull Pump Track World Championship qualifiers pitched the Red Bull tent in Eindhoven’s Urban Sportpark at the Velosolutions creation, one of the largest Pump Tracks in the Netherlands with a 228m loop. 65 riders, 6 women and 59 men, were in attendance.

France’s Eddy Clerte, who had been based at the track for a few days before the event, was putting in quick times from the get-go. He posted the five fastest lap times of the day when all was said and done.

Recently retired BMX racer, and former World No. 1, Twan van Gendt, also looked quick until a small mistake in the 1/8 finals saw him abruptly leave the competition. Clerte eventually took the win against Max van Eijndhoven, the Dutch rider, who had booked his ticket to the Lisbon finals at the Austrian qualifier two weeks prior. 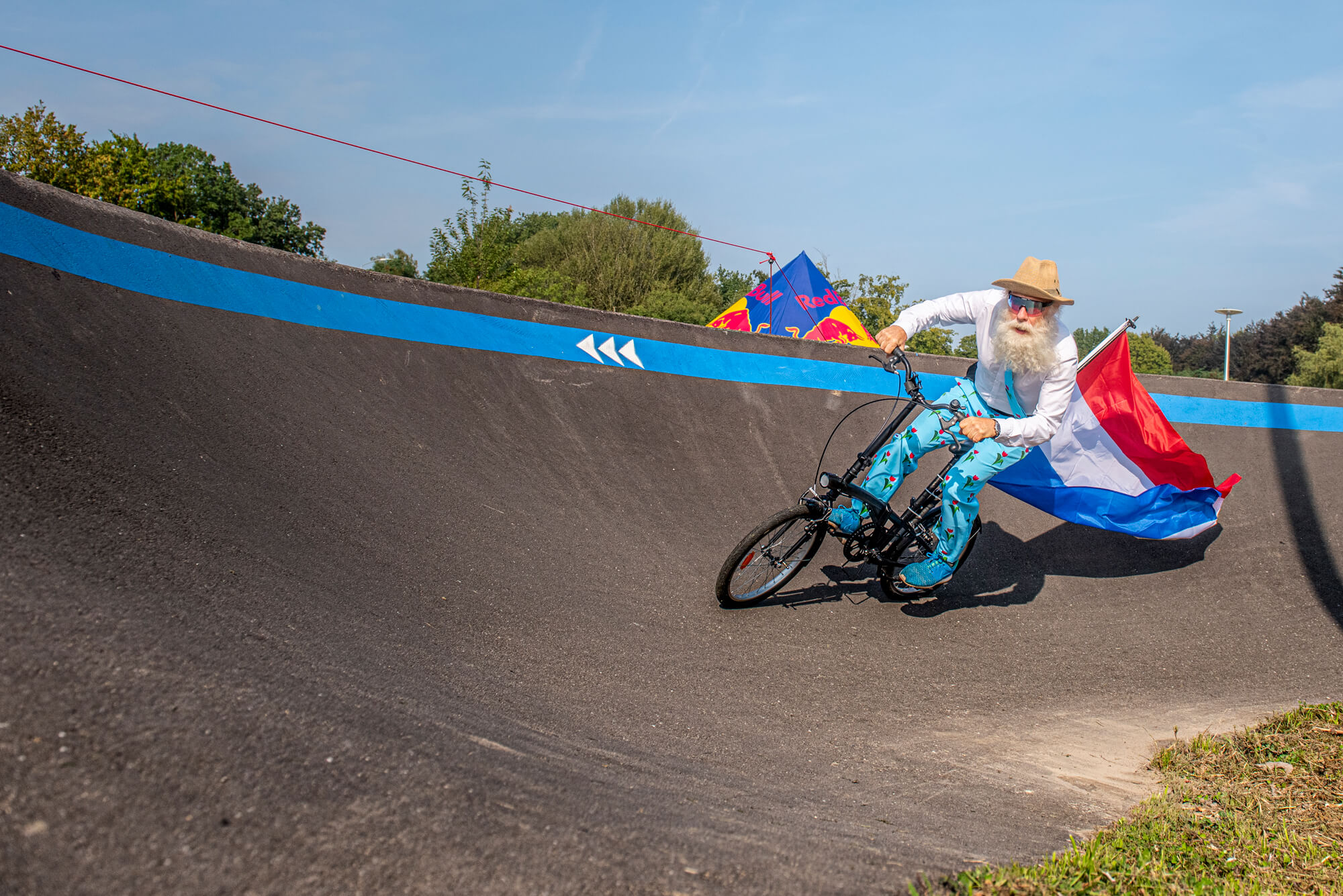 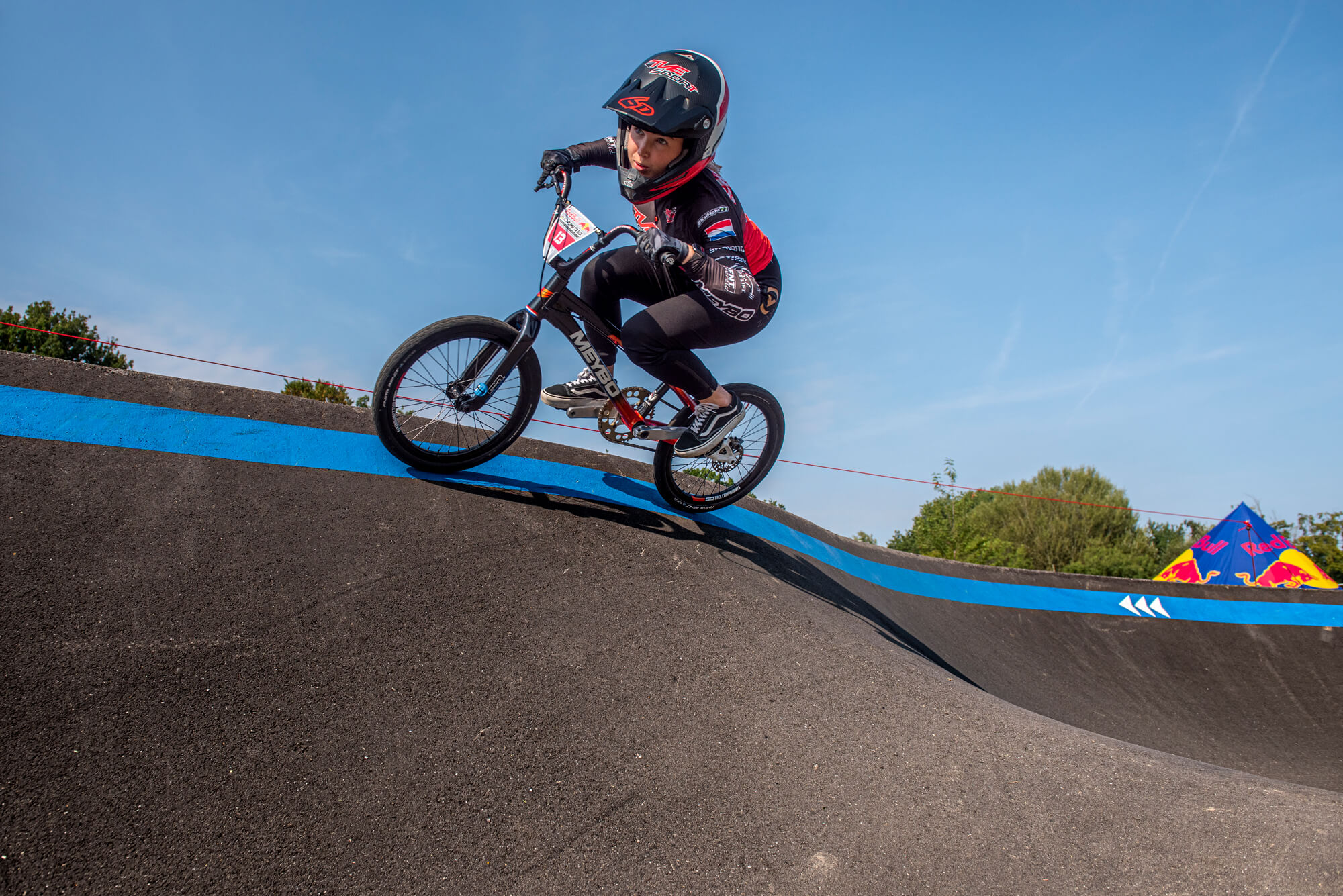 The Women’s side of the draw was all about the Tokyo 2020 Olympic bronze meadilist from The Netherlands, Merel Smulders, who now joins the list of finalists looking for the UCI Rainbow Stripes in Portugal. Merel was just too fast and too smooth for the other five women in Eindhoven, her times where consistently a whole second faster …

See the full breakdown of results from Eindhoven HERE 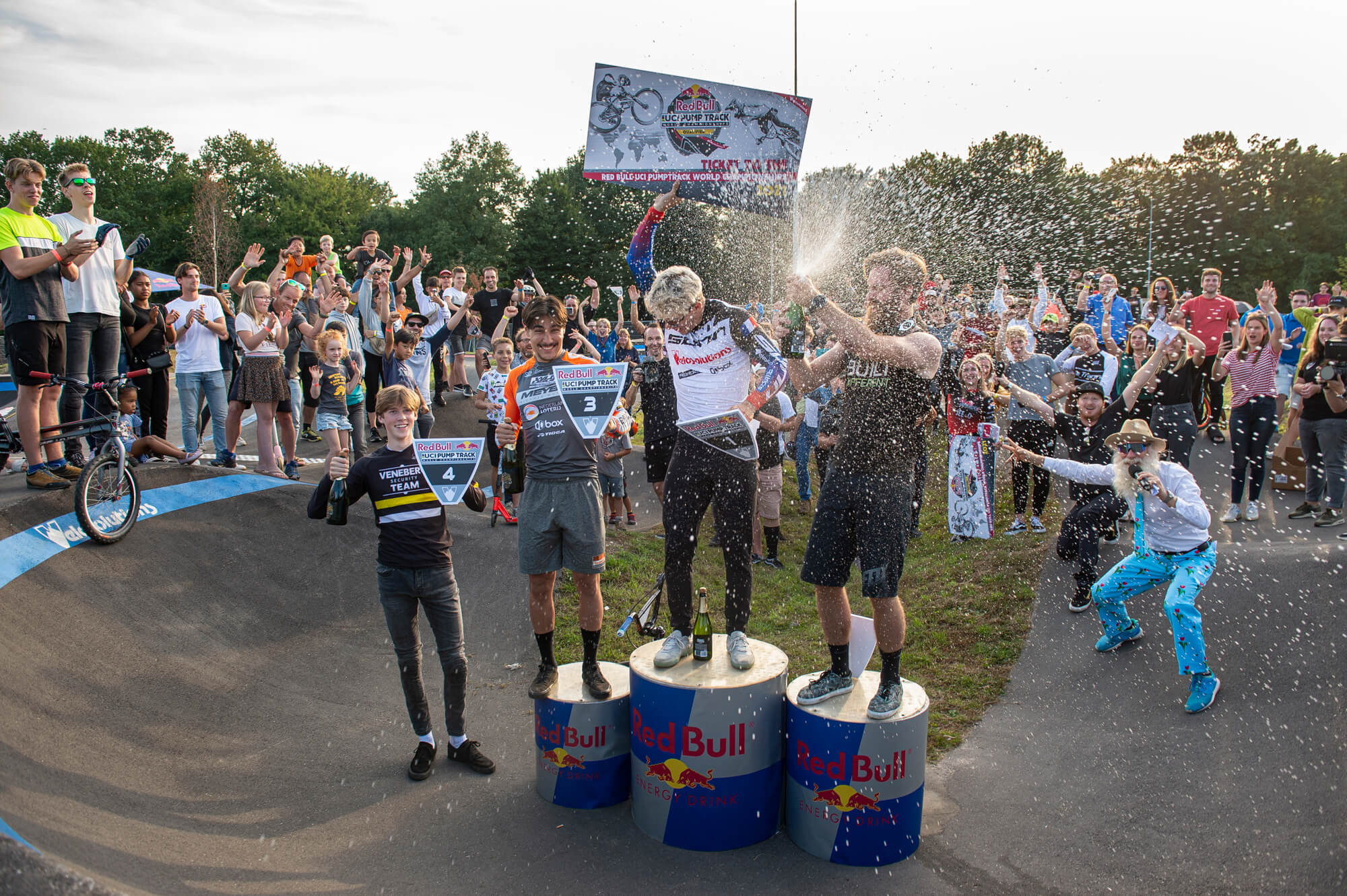 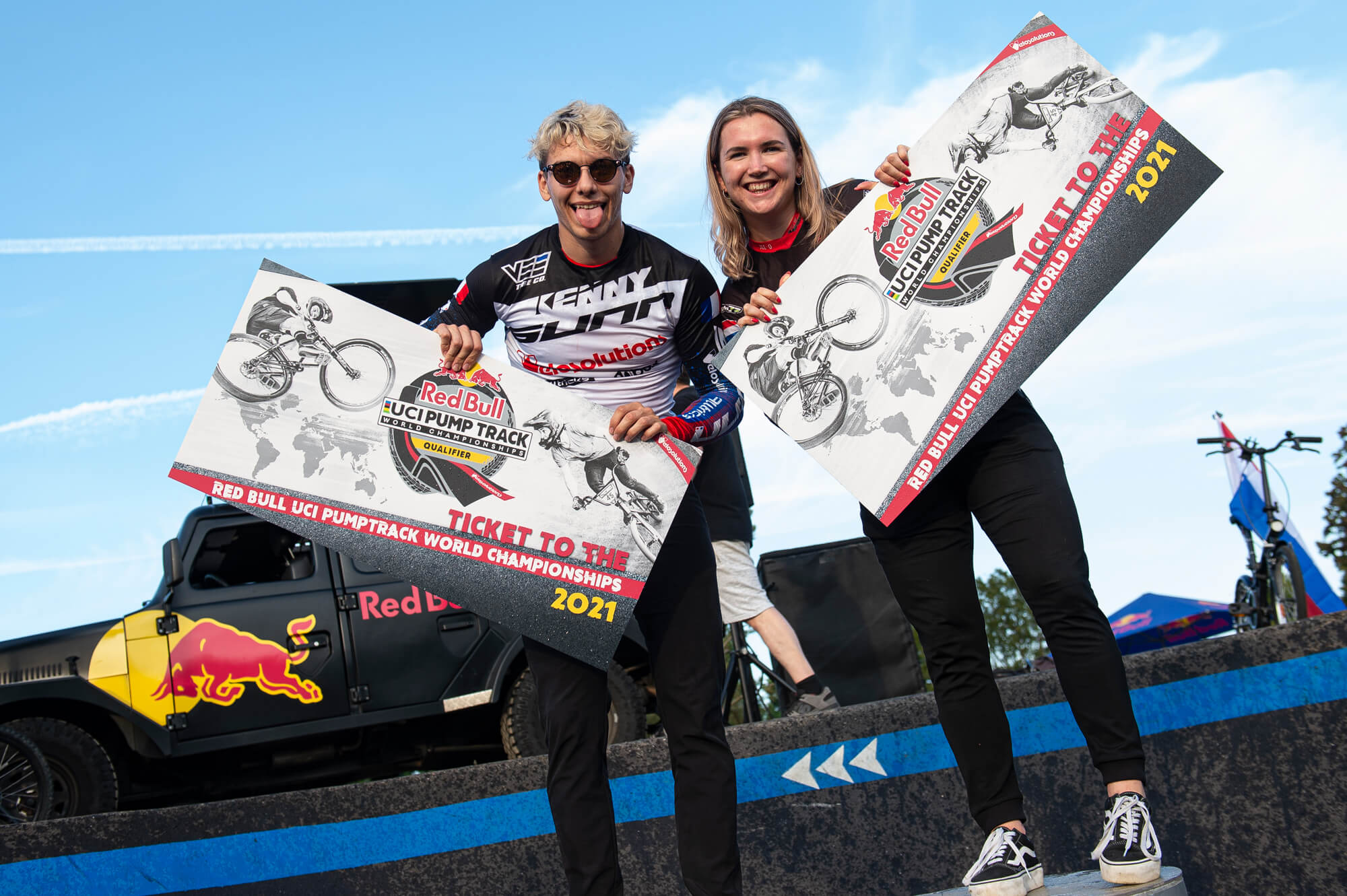 Meanwhile further north in Sweden, on the brand-new Velosolutions track in Jössefors, another round of the Red Bull UCI Pump Track World Championship Qualifiers were deciding the fate of more riders, 25 to be exact, all hoping to qualify for the Lisbon finals next month. The 25, with backgrounds in BMX, MTB Enduro and even Slopestyle, travelled from five different countries, pushing the level of riding in Sweden even higher.

In the men’s race, BMXers Oskar Kindblom, Filip Svanberg and Tim Slettenmark-Gille set the pace from the get-go, by clocking sub-16 second times in the qualifying timed runs. By the time the riders were whittled down to the 16 fastest from timed runs and the head-to-head racing began it was Columbian, Miguel Calixto, also emerged as a contender for the win. Unfortunately, one of the fastest riders on the day, Slettenmark-Gille, was knocked out as he thought he’d finished his full lap when he still had some to go … 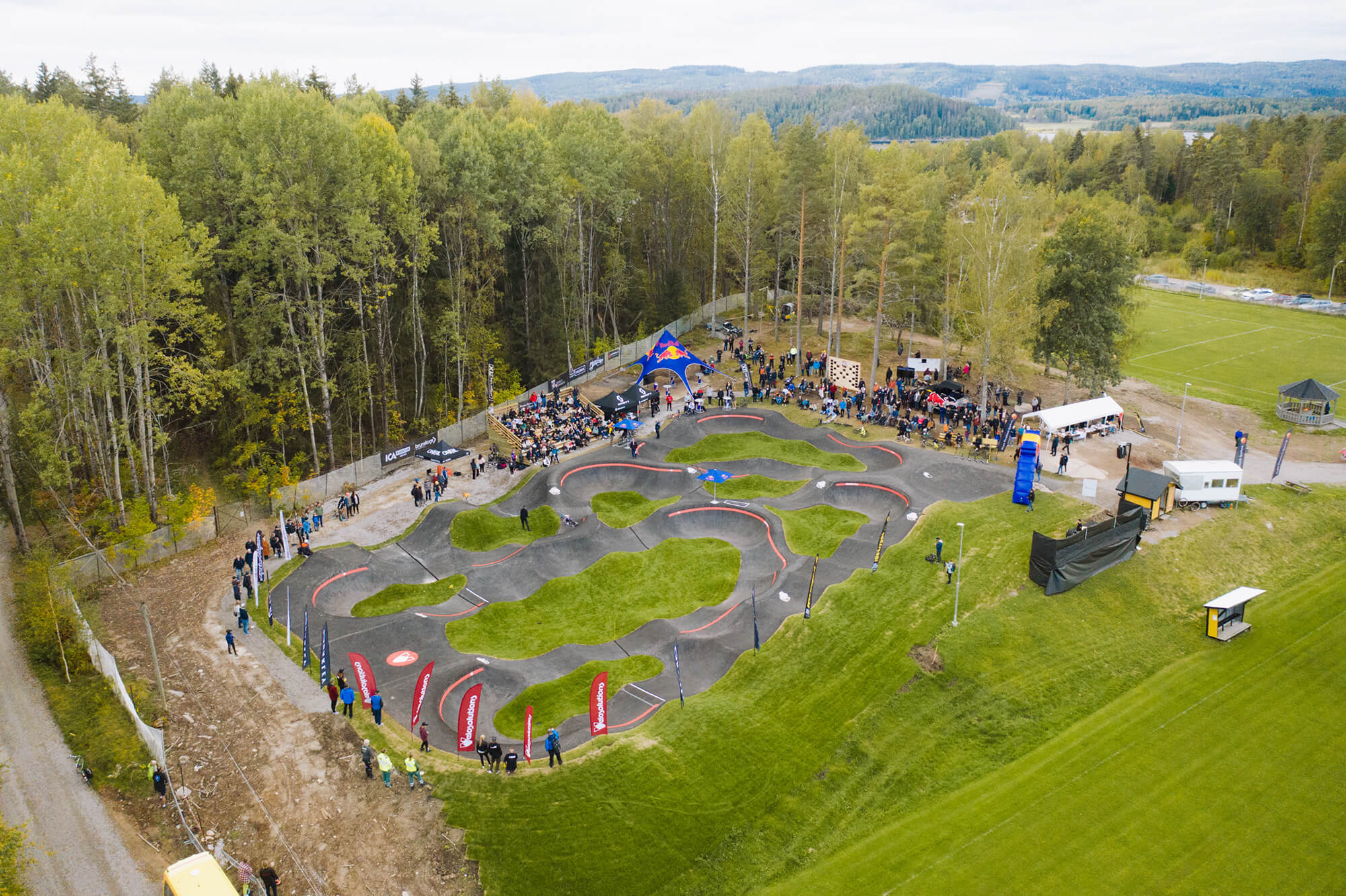 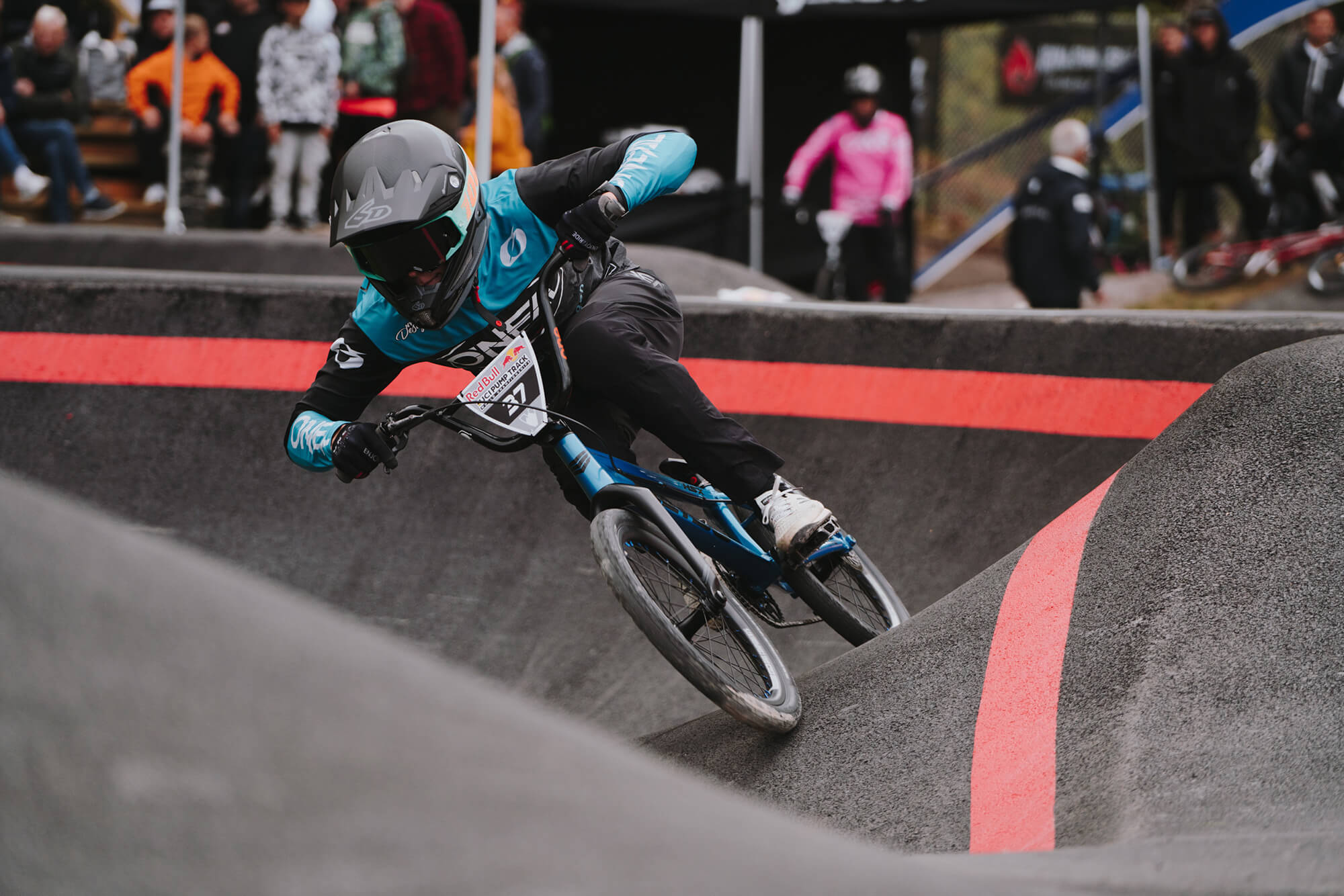 When quarterfinals rolled around and with most riders only separated by hundredths of a second, there was some tight and exciting racing going down. In the end, Calixto and Sebastian Morales battled it out in the semi-final for third and fourth place, whilst Kindblom and Svanberg put down a heater of a race in the main, with only 0.4 of a second separating the two. In the end, it was Swedish BMX racer Oskar Kindblom with the fastest time and he climbed to the top step of the podium. 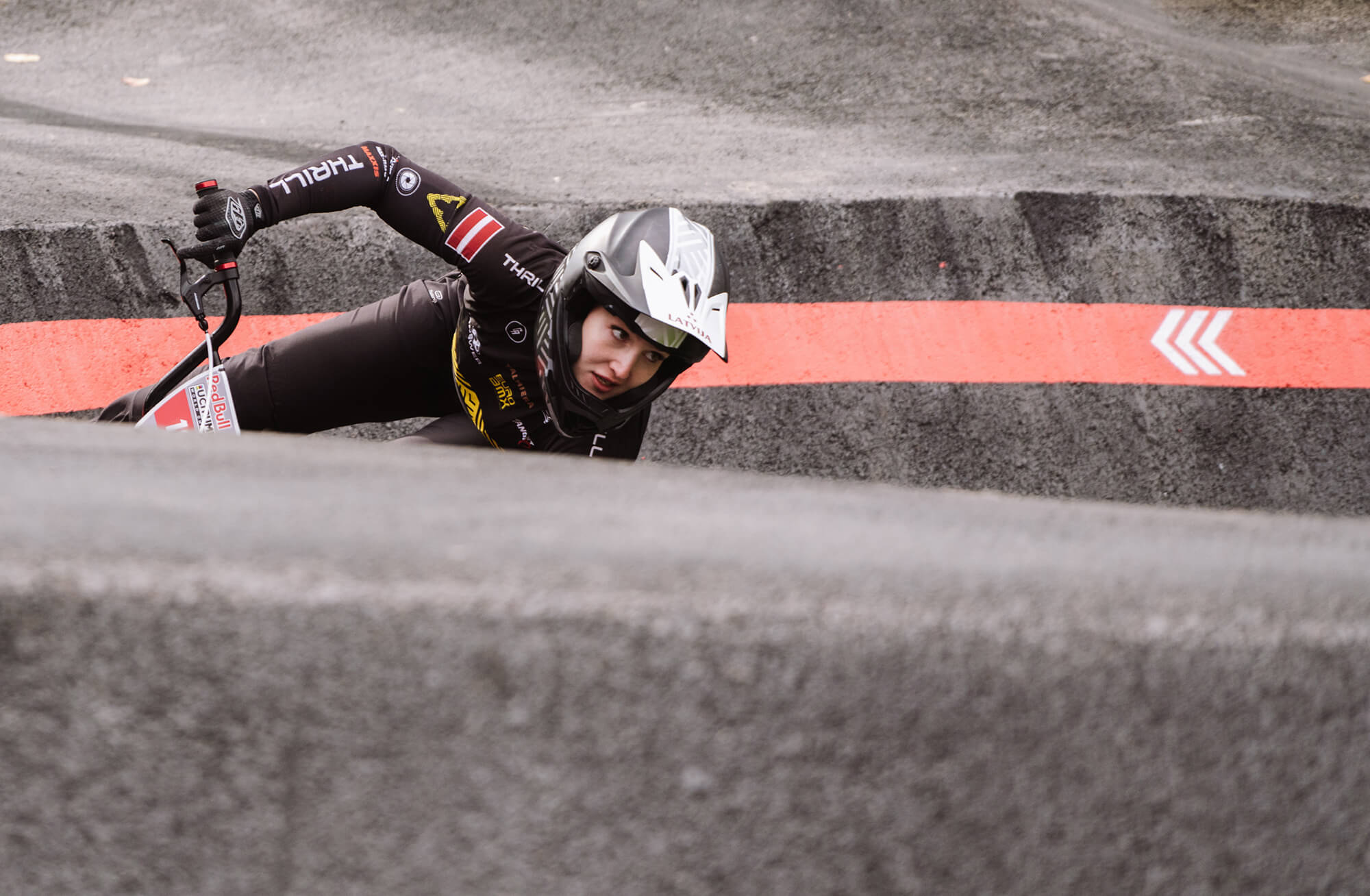 Despite the Women’s side of the draw only having five riders, they still put down one heck of a show. After timed runs, the top three women were only separated by a second with Vineta Pētersone clocking the only sub-17 time of the day. BMX racers Helena Sund and Annika Pettersen were close though, with 17-second runs. Sund and Pētersone, the fastest in the semi-finals, went head-to-head in the main, where the Latvian Olympian won by 0.5 of a second.

Pētersone earned her Worlds Finals spot at a previous qualifying round, meaning Helena Sund picked up that all expenses paid trip to Portugal with her second place.

See the full breakdown of results from Jossefors HERE 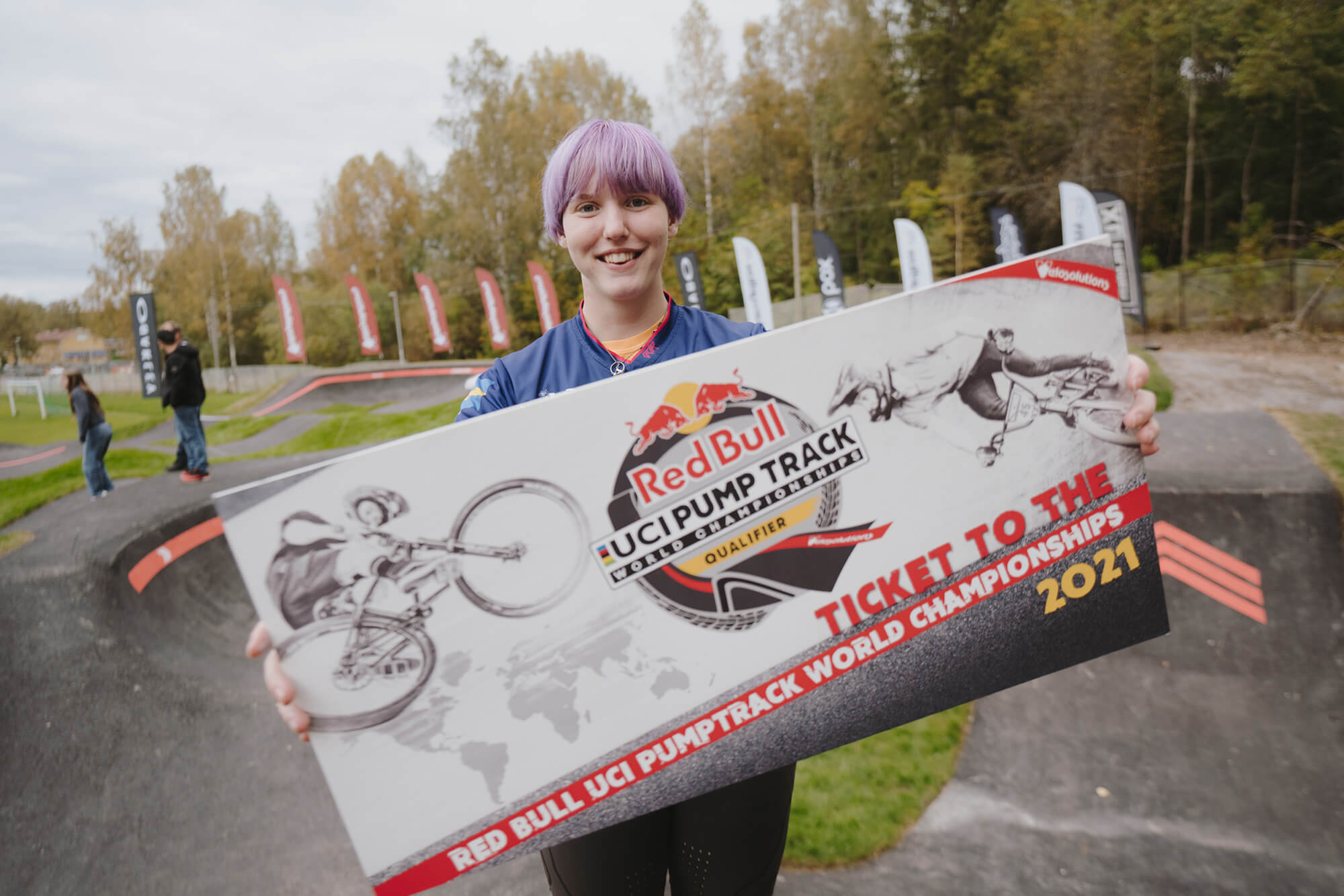 There are only two more qualifying events (listed below) to book your ticket for the fast-approaching Worlds Finals in Lisbon, Portugal on October 17th. For more information see redbull.com 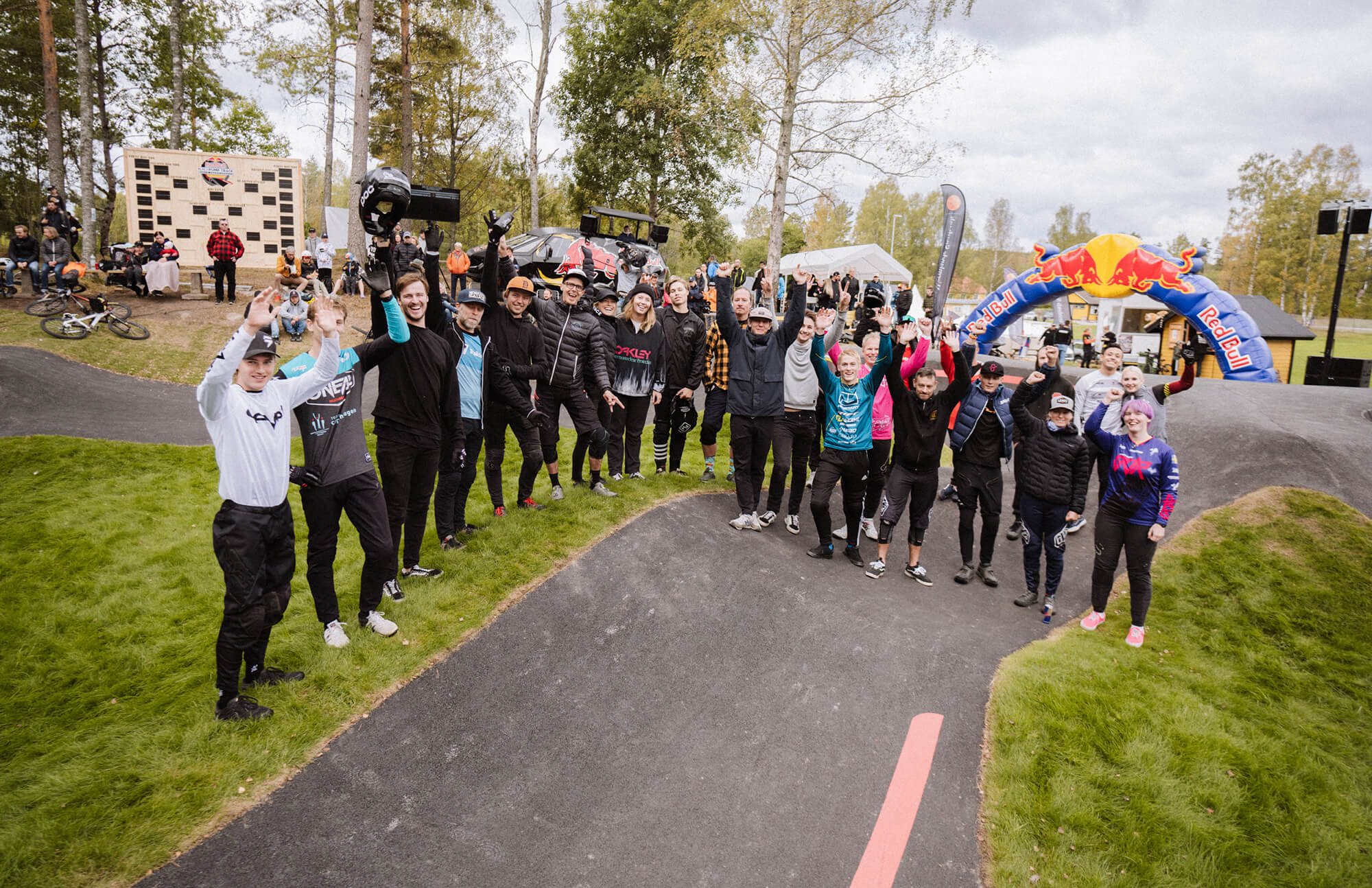 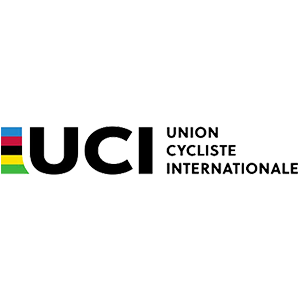 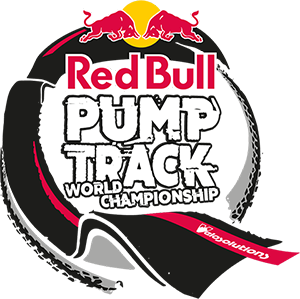 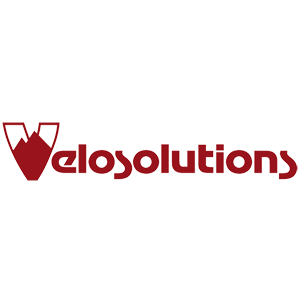 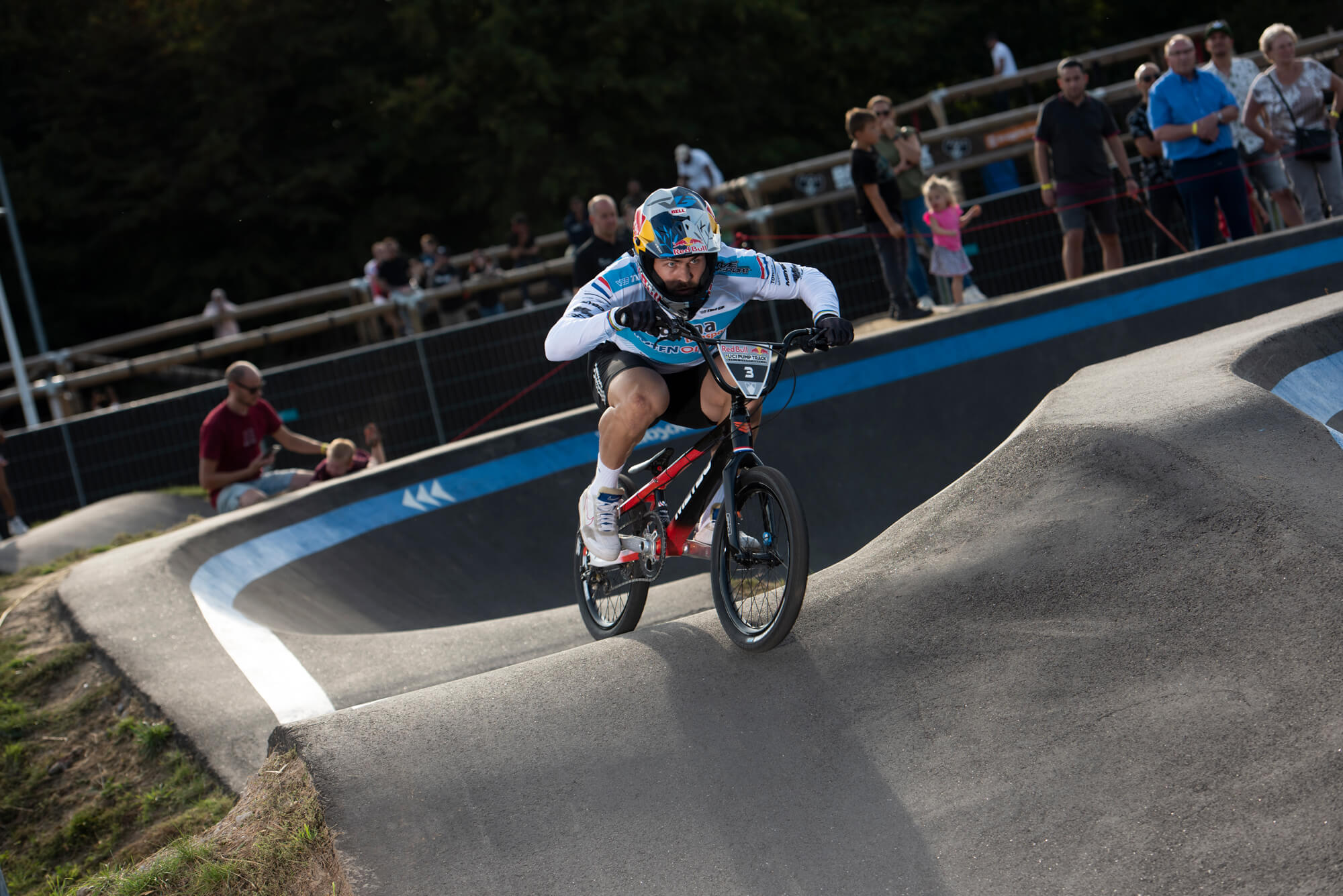 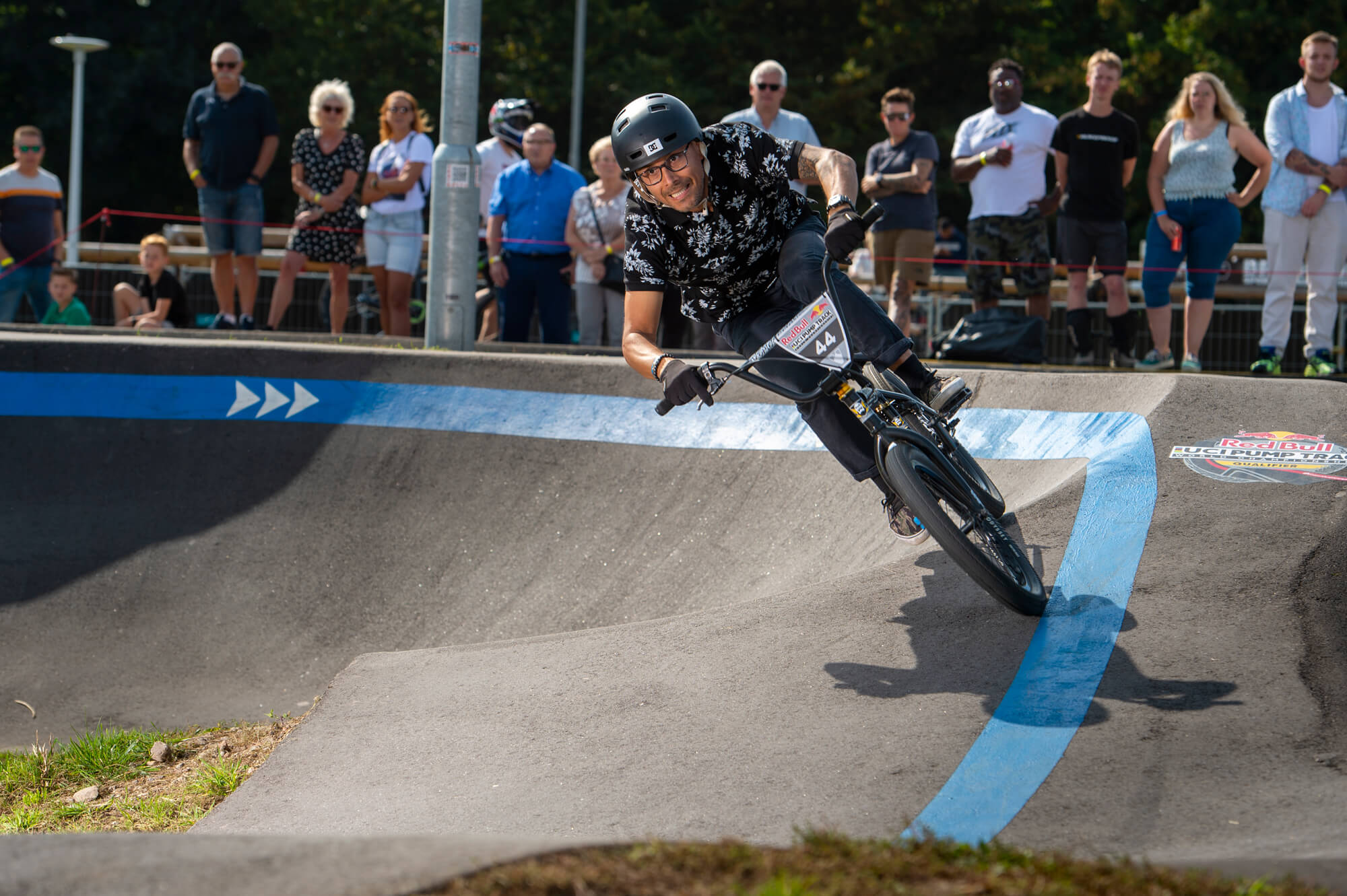 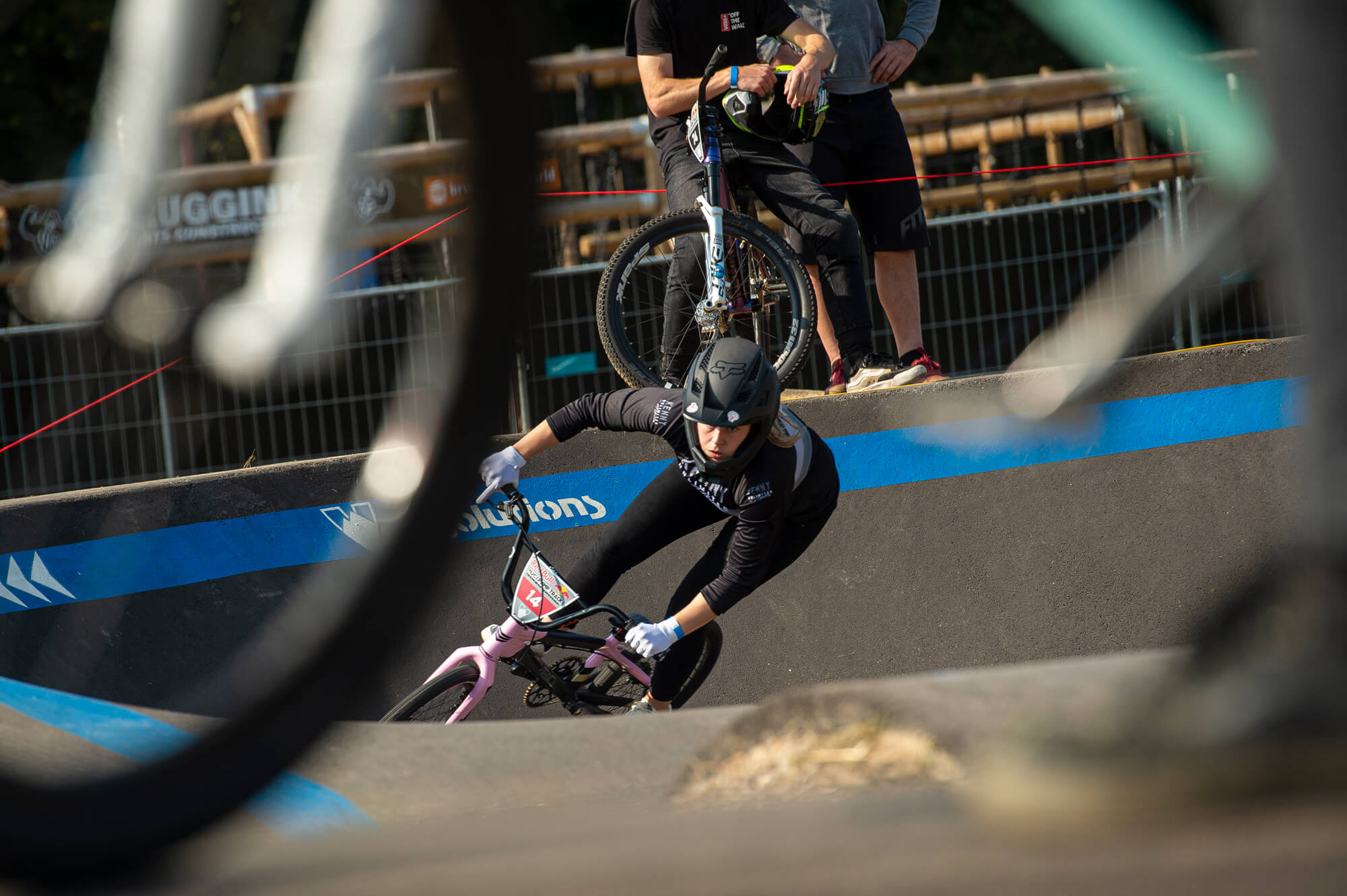 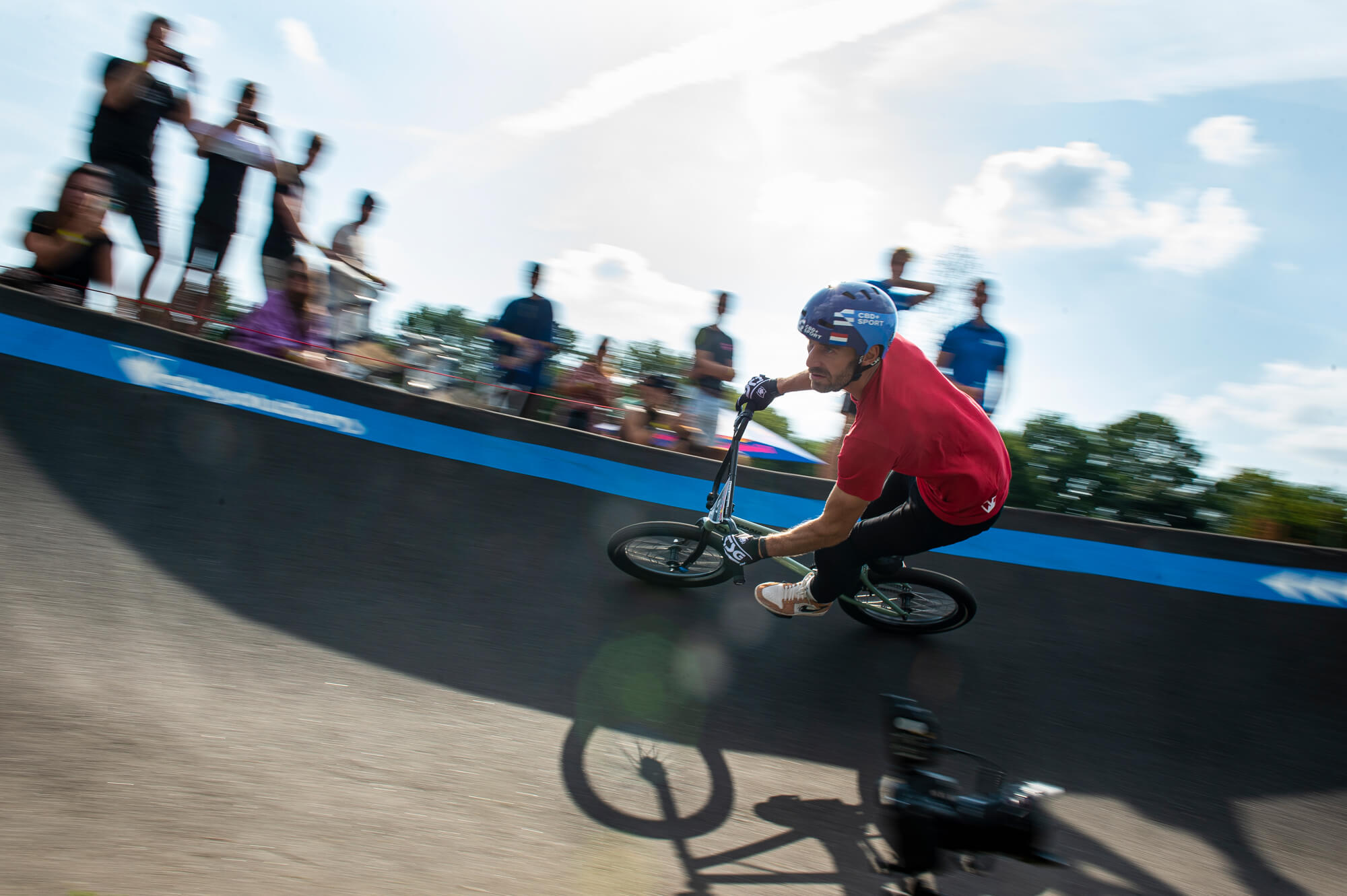