From BMX in the 1980’s to MTB’s in the mid 90’s and back again, Steve Bell has pretty much travelled the world on a bike. When BMX died in Ireland back in the late 80’s Steve followed it to the UK, then he followed it to the USA before getting caught up in the world of MTB. Now he’s back home and helping to bring BMX to a new generation of Irish kids and he’s still riding the small bike when he’s not resting in hospital!

Steve Bell is an Irish ‘biking’ legend but BMX is claiming him.

15: You have been racing BMX in Ireland since way back at the very beginning. What do you think are the big differences in the sport now when compared to the 80’s?

SB: The biggest difference between the sport then and the sport now is the layouts of the tracks and the size of jumps, back then there was no limit to the way you set out a track and that’s what made it a fun sport even though most tracks had pretty small jumps. Every weekend you would go to a completely different track  with completely different jumps and layout but now every track layout looks almost the same bar what jumps are on it and even that is becoming more and more similar.

Reading through the UCI track guidelines they don’t allow things like S-Turns … well why the hell not? Example; Mid-90s NBL track Evansville Indiana had a fantastic S-Turn and track layout, Circle City BMX in Alabama had a cross over, Charlotte BMX in Florida with its bridge and closer to home the old Finglas BMX track.

15: Along with the likes of George Gordon, Will Smyth, John Leslie etc. you were always up for a jumping session during and after the races. Was it always just racing for you or did you ride Dirt, Street, Golf courses and everything else in between way back when?

SB: Back then when we weren’t racing we were building jumps everywhere possible or just going to ride the track so we pretty much lived on the bike doing anything and everything.

15: Since the UCI and National Federations got involved we don’t seem to see naturally talented riders like Geth Shooter reaching the top … what’s changed?

SB: It has changed both racing and racers … with the UCI and National Federations involved it’s made the sport more regimented and straight laced. Before you could do get away with no-handers, backflips, 360s etc. mid race … google Todd Lyons … but now you’d probably get DQ’d which is a shame … 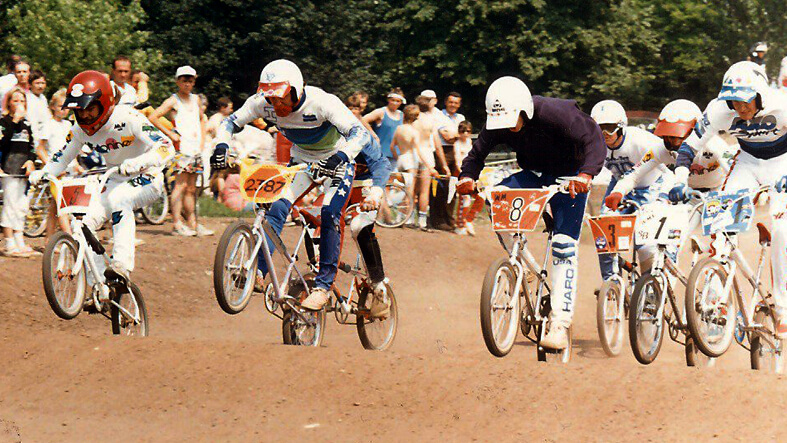 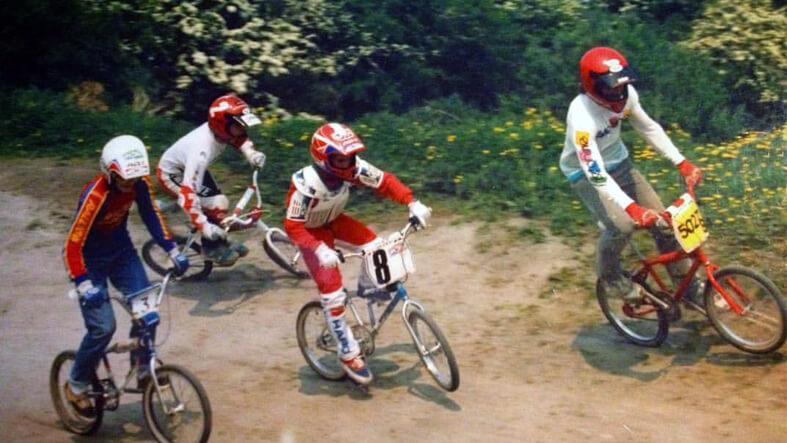 15: You, like most of us, raced alot of UKBMX / NBMXA Nationals during the 80’s when there was maybe a 1000+ riders at a race. Who were you racing over there that the current riders might know?

SB:  In the late 80’s early 90’s … Jonathan Hearn (2024 Magazine), Tony Fleming, Dale Holmes, Jaime Staff (current USA Cycling BMX Coach) and Alan Hill are a few that I can think of that our current Irish riders might recognise.

SB:  It varied from making the odd main to doing absolutely nothing, I got real bad glandular fever at the start of 1987 and its only recently that I’ve realised just how much it can your affect energy levels which doesn’t help much for BMX but 25 years on I feel better on the bike.

15: You became pretty ingrained in the UK race scene, especially after ’86. By all accounts it was pretty wild … do you think BMX will ever regain some of that feeling or have we strayed too far from the soul of BMX and onto the pursuit of Olympic glory?

SB: I hope it will get back to its roots to a point where we have personalities who are really fast but don’t have the constraints put on them sometimes by governing bodies . You just have to look at British downhill riders, very little governing body influence and the women dominate the world right now and there have been multiple men’s titles over the last 10 years or so . Plus the sport is mega popular because it’s a little wild at times. 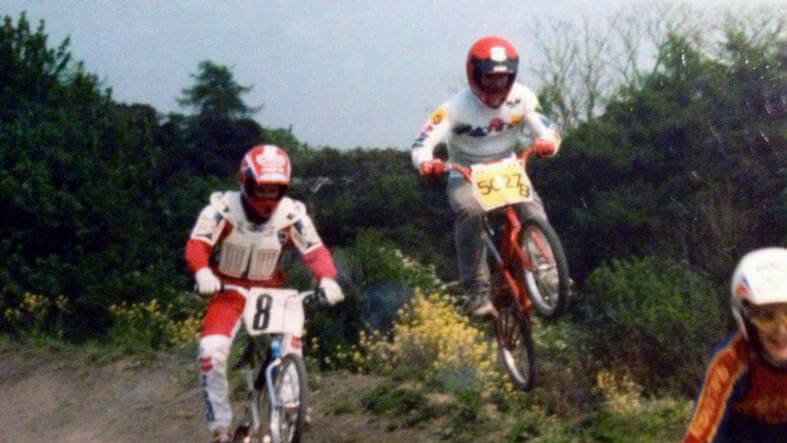 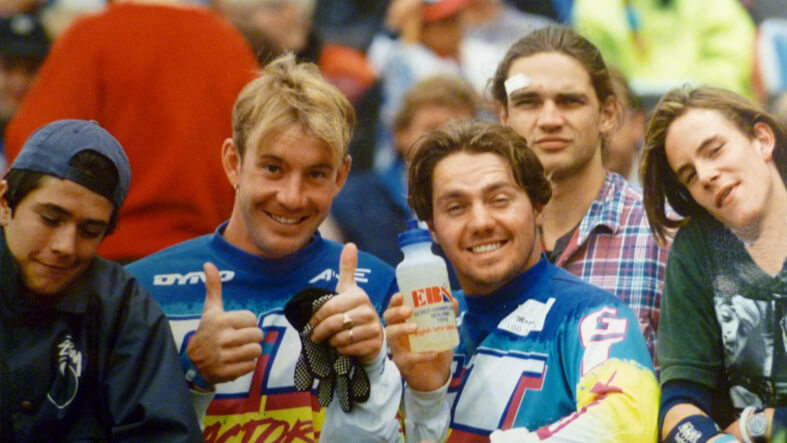 15: Back then it was riders like yourself, Will Smyth (DIG Magazine) and Rick Hall etc. who drove the sport forward in Ireland, you built tracks, ran clubs, started companies … what do you think the riders of today need to be doing, not just for themselves but to progress the sport?

SB: Put yourself out there, go to more than your local track if possible, I think most of the development guys have got to a standard of riding where if they showed up to another track the locals who may just be beginners would look at them and think that they’d want to get to that level and beyond.

15: You have raced quite a few ABA Grands over in the States. How many have you been to?

SB: I’ve been to five and raced two … definitely an experience!

15: You raced the 2015 BMX Zolder Worlds and did pretty well. How many Worlds have you raced at this point?

15: I bet you have some interesting stories from those World Championships, we’ve heard some … share with the group! 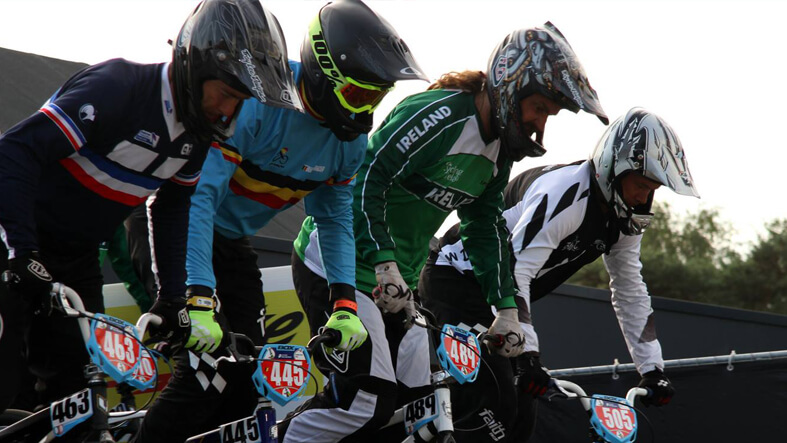 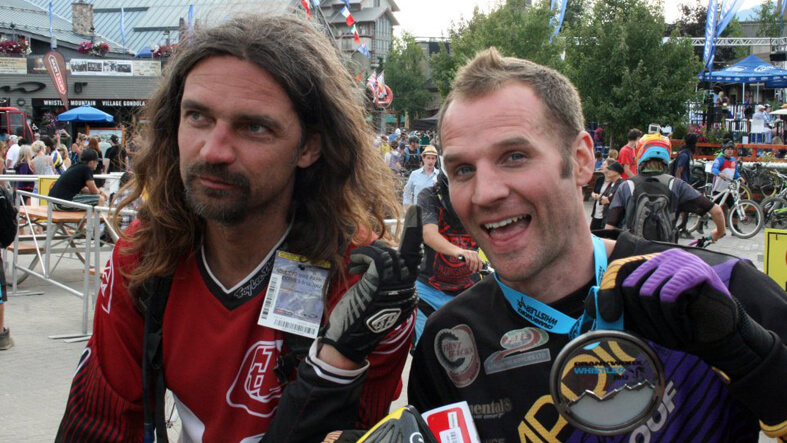 15: From all the events, in all the countries, which one stands out?

SB: The 1st Redbull Rampage I went to in ’03 when Glyn O’Brien (another old school Irish BMX’er) got a very unexpected 3rd place. The Andorra MTB WC in ’08 when all three of the Atherton’s won on the same weekend (Dan – 4Cross, Rachel – DH and Gee – DH) in the home town of their sponsor, Commencal Bikes. Gee Atherton winning the home World Cup Downhill in Ft. William in 2010 with 30000 people going nuts.

Dale Holmes winning his 2nd world title in Louisville in 2001. Downhill legend Steve Peat finally winning a World championship title in 2009 after so many 2nd places and looking like it’d be the only thing he wouldn’t win in his career.

15: After the first wave of BMX you became very involved in the Mountain Bike scene. You travelled the world with GT and Atherton Racing, how did you get involved in that? What was your role on the team?

SB: When I was with them they rode for Commencal and I was primarily Gee Atherton’s mechanic although I would work on all of their bikes depending on where we were and who else was there.

I got involved quite randomly by simply being on a Euro trip with a local guy, DH rider Ben Reid, who was a good friend of theirs and at the time they were looking for someone. So over the course of those couple of weeks I got to know them and I ended up in Switzerland at the WC race a few weeks later, that led on to five years of bike testing, component testing, British Nationals, British champs, World Cup races, World Champs, photo shoots, film shoots in the desert, the infamous Redbull Rampage and everything in-between …

15: The Redbull Rampage looks insane … you’ve helped build jumps and lines at it with Gee Atherton, it’s got to be pretty intense building or suggesting something that may just kill someone?

SB: Yeah, Rampage is definitely a bit mad,  I’ve been to four now. Every time you go, the 1st few days on site are very intimidating but by day 3 or 4 you get used to it and see things that would work that didn’t look possible when you first arrived. It’s an event that you need to go to at least once because TV doesn’t do it justice. 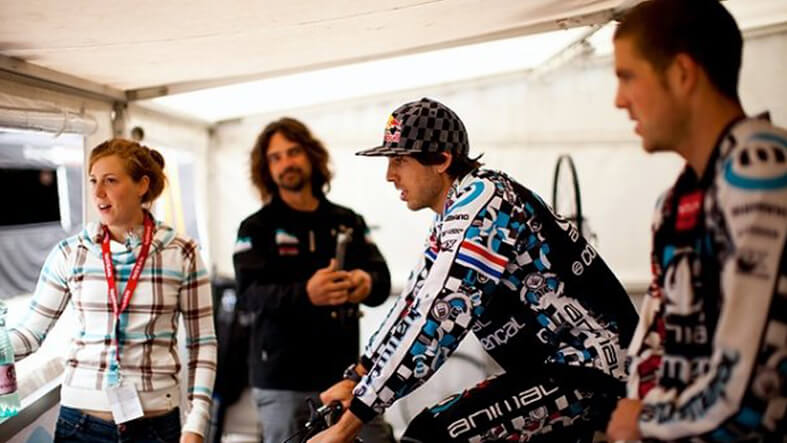 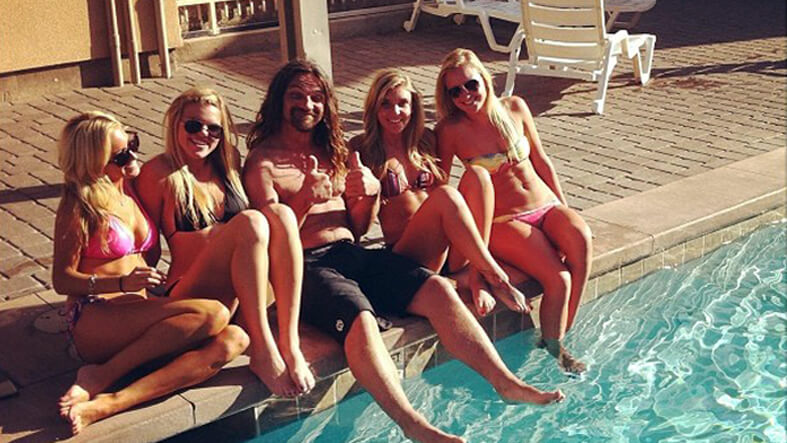 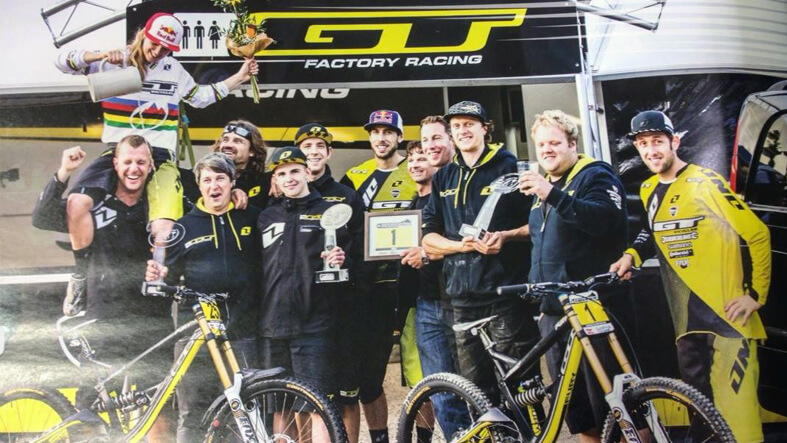 15: Every time we are around international BMX events inevitably some well known BMX racer will walk up and go ‘Hi Steve’ … Nobels and Buchanan in Rotterdam for example … how does someone from little old Ireland know all these people?

SB: Barry and Caroline raced some of the 4x World Cup races and Caroline also rode for Commencal. Barry is a good friend of Jason La-rev who I’ve known from my time spent in Atlanta. That’s sort of how I seem to know a lot of people in the sport whether it be BMX or MTB. I guess I’ve been around both internationally for so long on and off that you can’t help but get to know so many people.

15: You’re working away on the Cycling Ireland BMX Commission, what would you like to see happening in Ireland? What are we missing to bring our riders to that next level and international stardom?

SB: I think the biggest things our riders need to go to the next level is to actually really believe that they can be on the same level as Stromberg, Fields or Kimmann and not get intimidated when they go to a big international race, although that confidence seems to be coming and hopefully that will filter down to beginners taking that big step. A supercross track would be nice …

SB: Well the track is now complete and held its 1st National back in May, I think everybody enjoyed it’s different layout and design … that’s not to say we won’t change bits of it that maybe don’t work as well as we thought  they might. 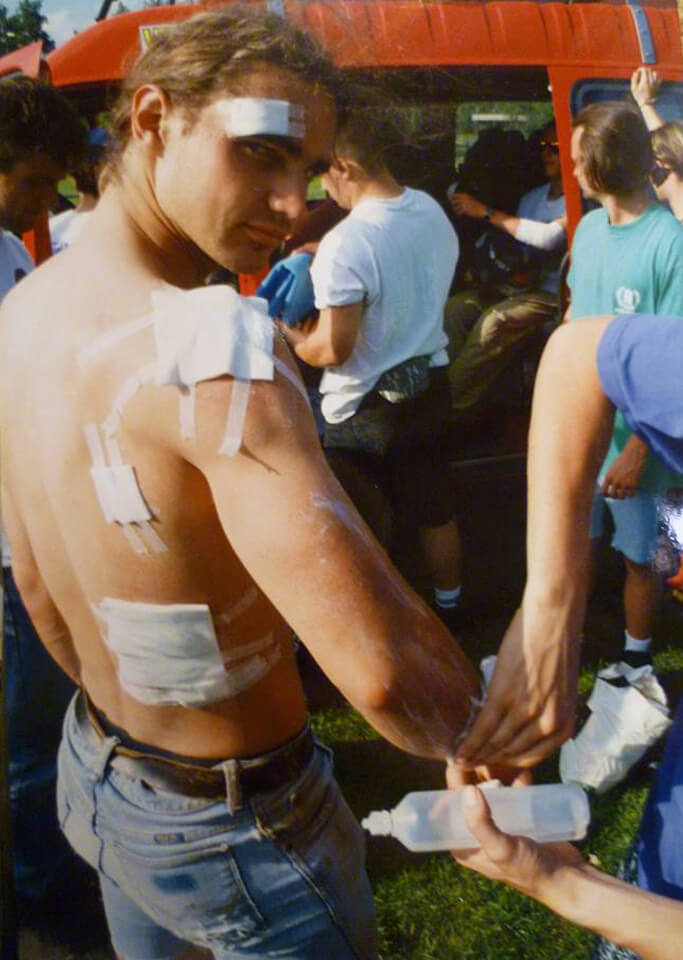 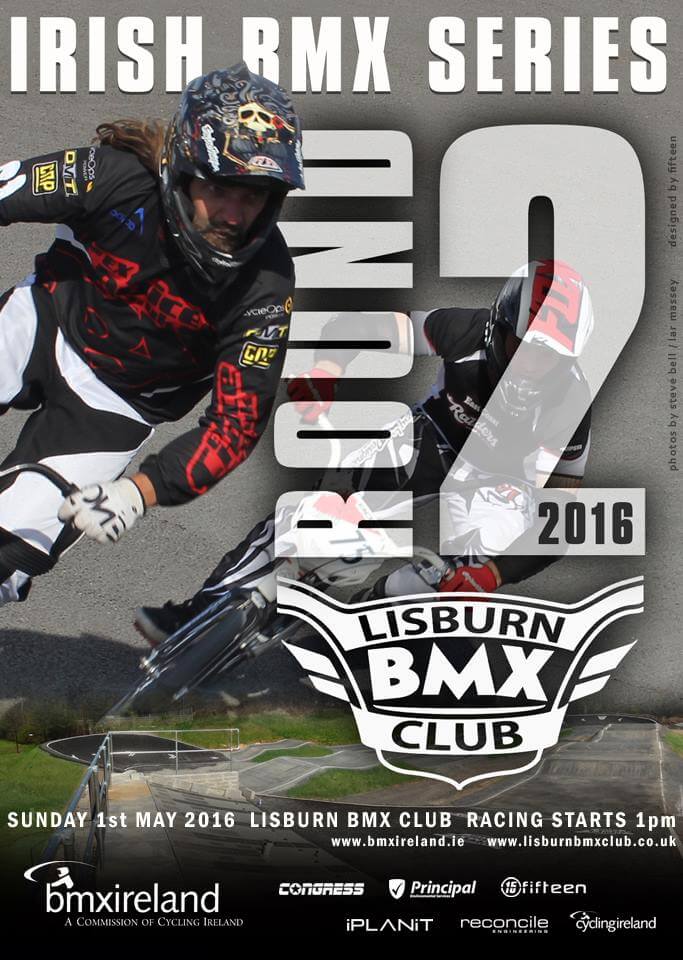 15: The growth of the sport in Ireland is hugely dependant on Northern Ireland, as it was in the 80’s, how is it going up there in general?

SB: It’s slow at the minute but it will kick off when some other tracks come online. I think from the general feedback talking to people over the last month or so that it will grow quite quickly.

15: If the Sports Council handed you a bag full of cash what you spend it on to develop the sport here (you can’t bring everyone to the pub)?

SB: Build tracks … but  don’t make it a carbon copy of something that has been built before and I’d probably build a pump track in every town. 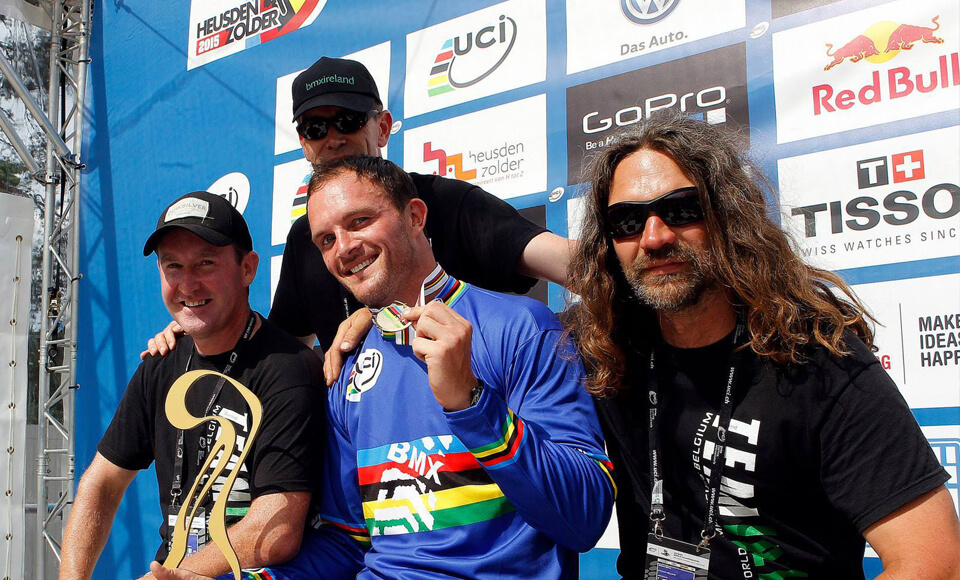 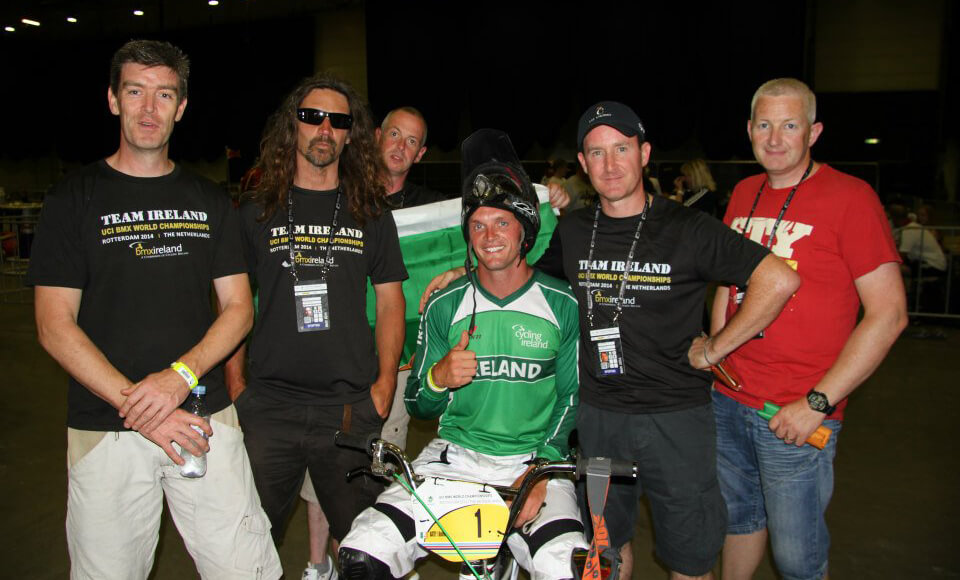 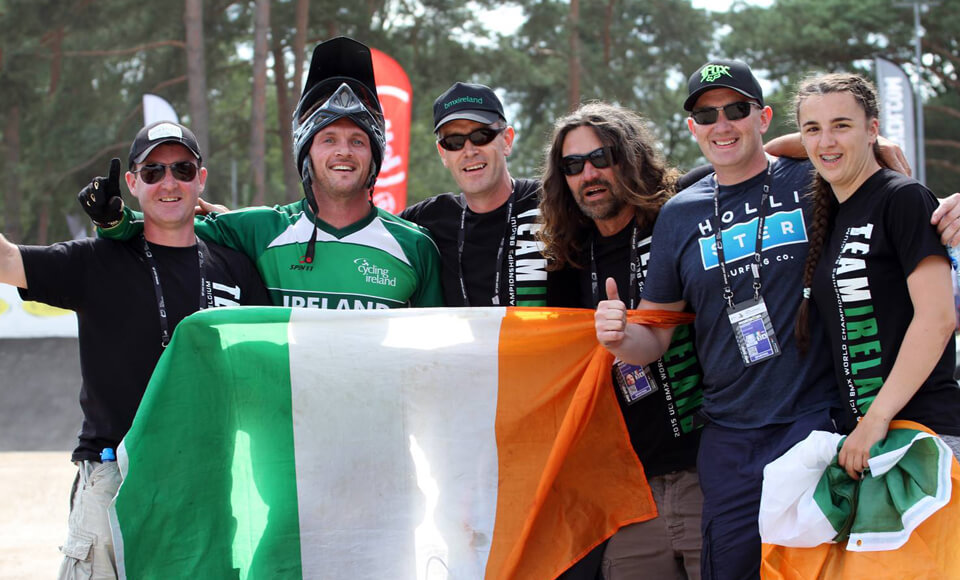