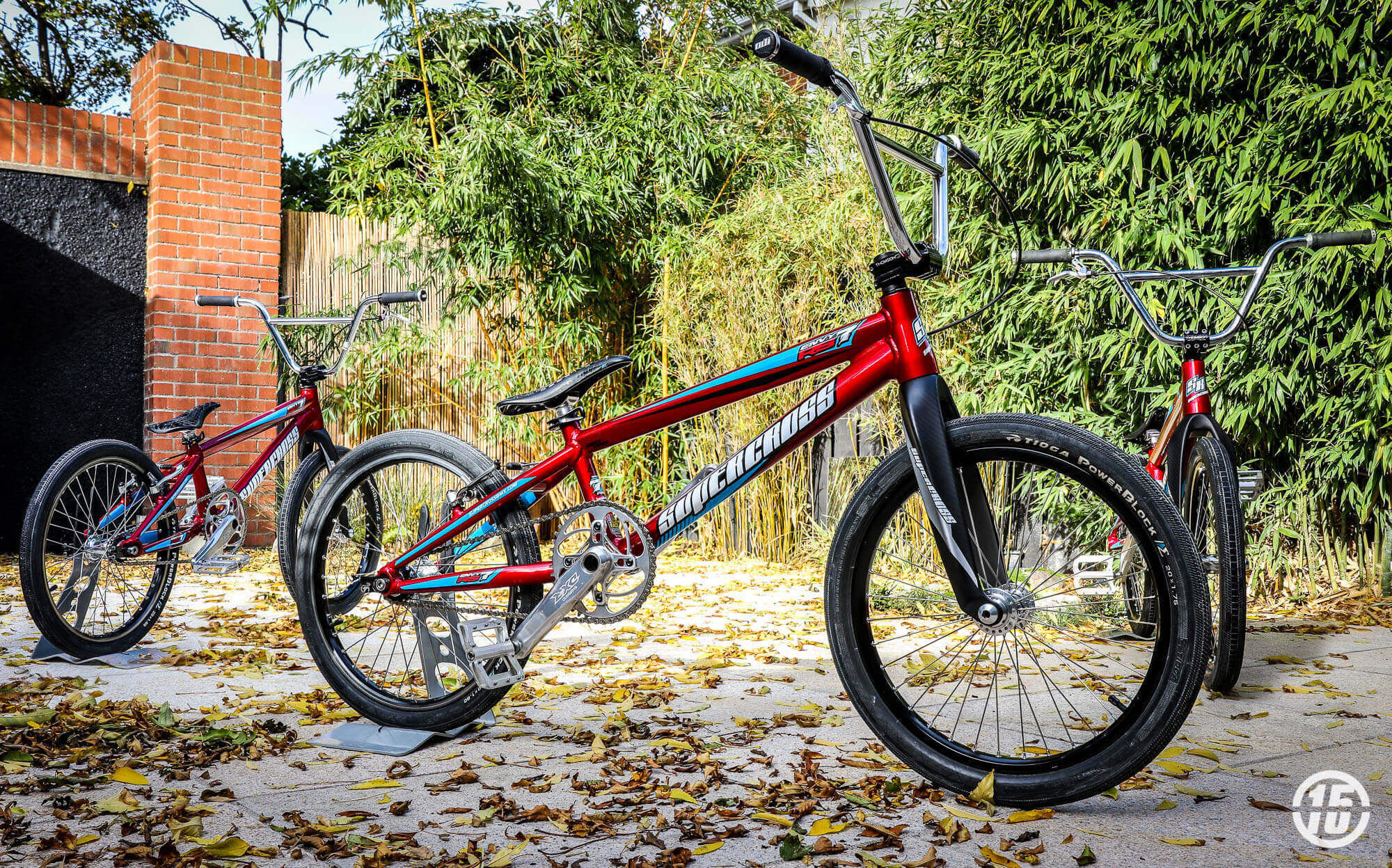 We’ve had the 2018 Supercross Envy RS7 for a month or so now and to be honest it’s not been an easy thing to review, for a couple of reasons. First off, it’s beautiful, so much so that we had the urge to hang it on the wall and just appreciate it as a sculptural work of art, occasionally taking it down to get lost in it details, it’s all about the details.

Our test model was the ‘red’ version but it’s more than red, it’s deep, it changes with the light … it’s, well … beautiful. Red as a moniker does not do ‘Supercross red’ justice. Clearly a lot of pride has gone into the finish, and the Supercoss quality control department is on point as we couldn’t find any imperfections, we looked … and looked. The welds are substantial, in an aesthetically pleasing way and in general the frame is just well built, everything lined up, everything is symmetrical and it feels solid. Visually we like the tube profiles, we like that from the side they appear straight rather than the fashionable hydroformed curves, it looks more ‘BMX’ if that makes sense? We also prefer the look of the new boxed in section behind the bottom bracket over the ‘lug’ on previous Envy models. The new, sleeker looking 1 1/8” to 1.5” tapered headtube visually makes the frame look like it’s about to pounce … it looks fast standing still … all those usual superlatives apply here. So … yes … we’re going to say it again, this is a beautiful frame … we tried to convey that in the images here but we’re not sure the photography does it justice.

From an aesthetic point of view, the one thing that left us scratching our heads is why the decals are not under the lacquer? When we inquired, we learned that Supercross gets a huge number of requests for ‘that colour frame, with those colour stickers’ and because Supercross are willing to entertain those requests it just makes sense to apply the decals last. We are now dreaming up a way to customise and personalise our ‘red’ frame with new stickers. 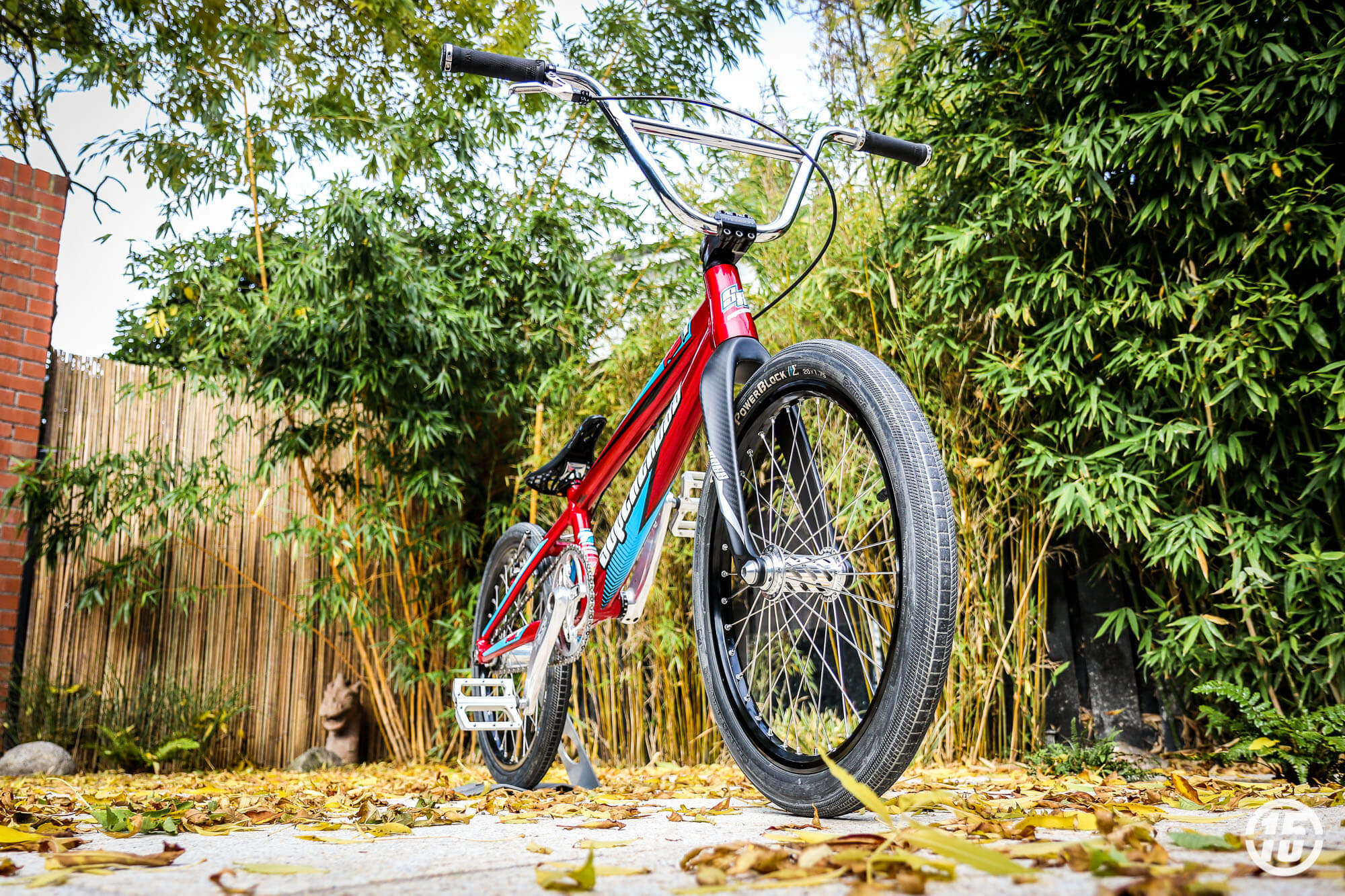 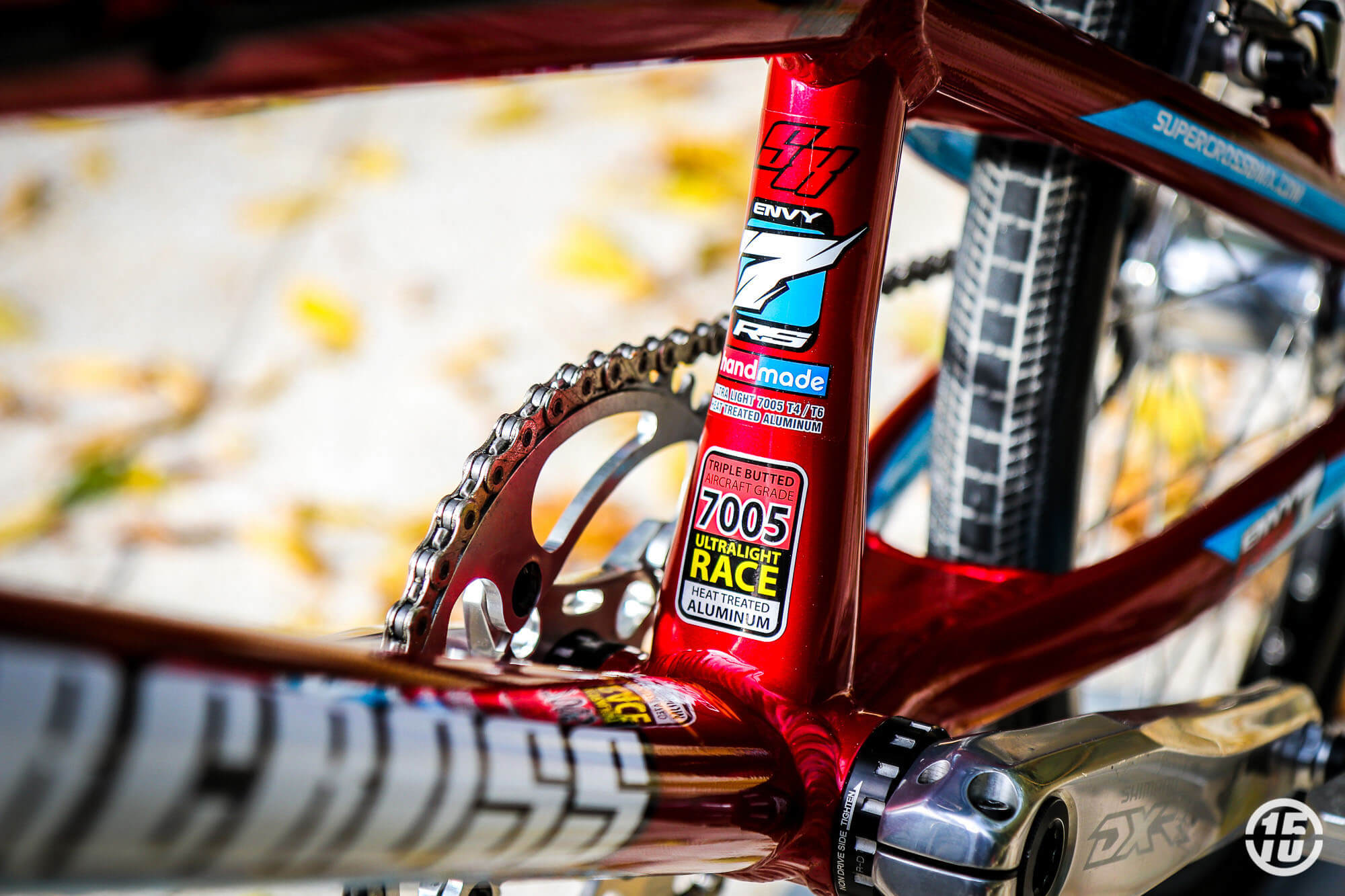 At this point we should tell you that our reviews tend to lean towards the touchy feely end of the review spectrum, the human end of the scale, well at least in this case. There are multiple sites with all the weights, sizes, materials and angles, Google is your friend but we’d suggest you start your search over on the Supercross site. We did do the human weight test though … we picked the RS7 up, then picked up some other frames we had lying around, swapped hands, did some curls and decided it’s definitely not heavier than our other frames, probably lighter even though it is long for a Pro XL … so that’s scientific proof that it’s light, right? The weight, or lack thereof, is in part because of the ‘special blend of 7005 ULR Ultra-Light, triple butted, custom shaped tubing’ … translate that into English and you get, ‘it’s a very light frame but still strong in all the right places’.

After a few days of just staring and resisting the urge to defile the RS7 with grease and tools we succumbed and built it, without a single issue … the headset went in without any problems, the Euro bottom bracket screwed in with ease, no having to fish out left over bits of aluminium from the threading process here. Even our arch nemesis, the chain, went together on the first attempt although we’re not sure we can give Supercross the credit for that. Frankly, with the lack of problems, the build became a little boring other than the five seconds of mild panic trying to decide which way the included 15mm to 10mm drop out adapters went in. Panic was quickly averted.

It’s not all sunshine and roses in the RS7 world though … we wish it had internal cable routing, it’s sleeker, easier to clean and it stops the cable slapping off the head tube.  Yes, it’s minor but we do like to hide those cables as much as possible … real world OCD problems. 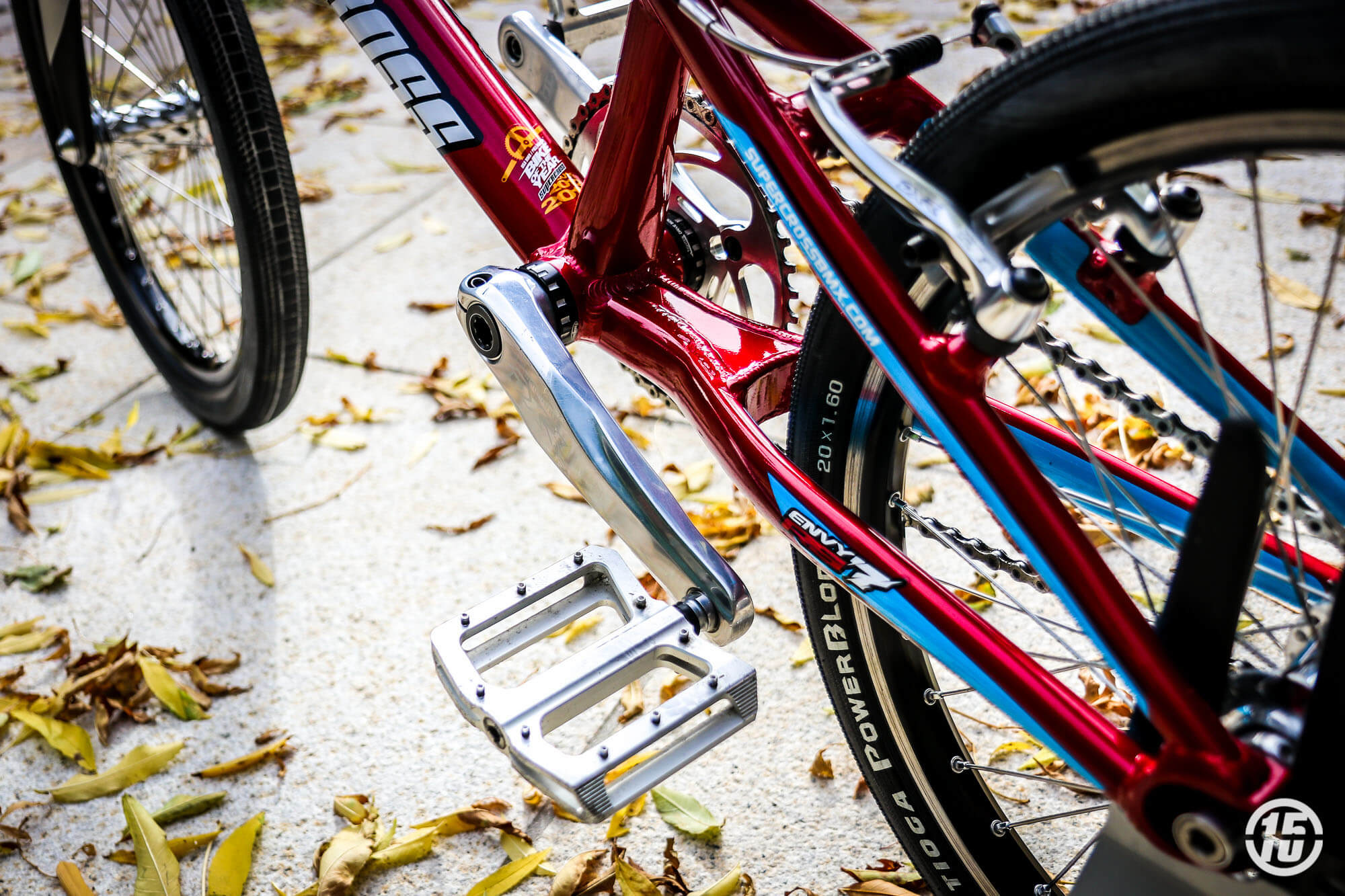 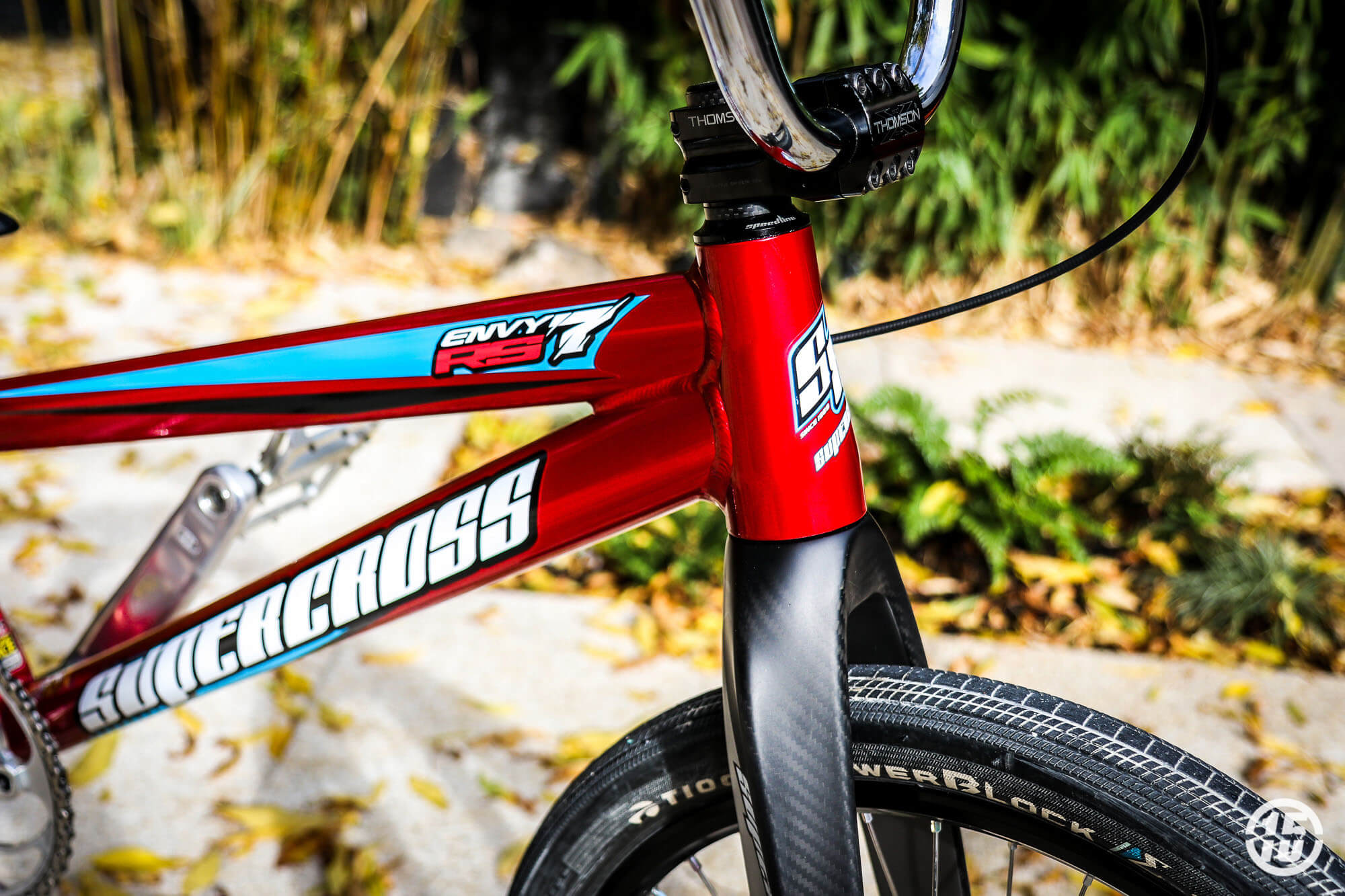 The second thing that made the RS7 hard to review was a steady line of people who wanted to stop and talk about it, touch it or just ask ‘can I have a go’ … eventually it was our turn. The first thing you notice when you hop on the RS7 is that it’s stiff, and we mean really stiff. It feels like every ounce of energy you put through the pedals pushes you in one direction … forward. One onlooker commented ‘it looks like a Ferrari out on the track’ and while we like to think it was all about the rider, they probably meant the bike, probably …

It’s rock solid with the front wheel on the gate too, the new head tube in conjunction with the Supercoss BLK full carbon forks sees to that, and the rigidity of the whole bottom bracket area just launches you forward when the gate drops. Supercross says that the new boxed in chainstays and the flared seat mast elevates the RS7 to almost the performance of the much more expensive Carbon Envy BLK out of the gate. Having never ridden the BLK we can’t confirm or deny that (although we’d love to test one if anyone out there wants to send us one, Pro XL, matt black – please note: test bikes can’t be returned haha), but what we can say is … the RS7 is one of the best, if not the best out of the gate frames we’ve ridden … subjective opinion here of course. 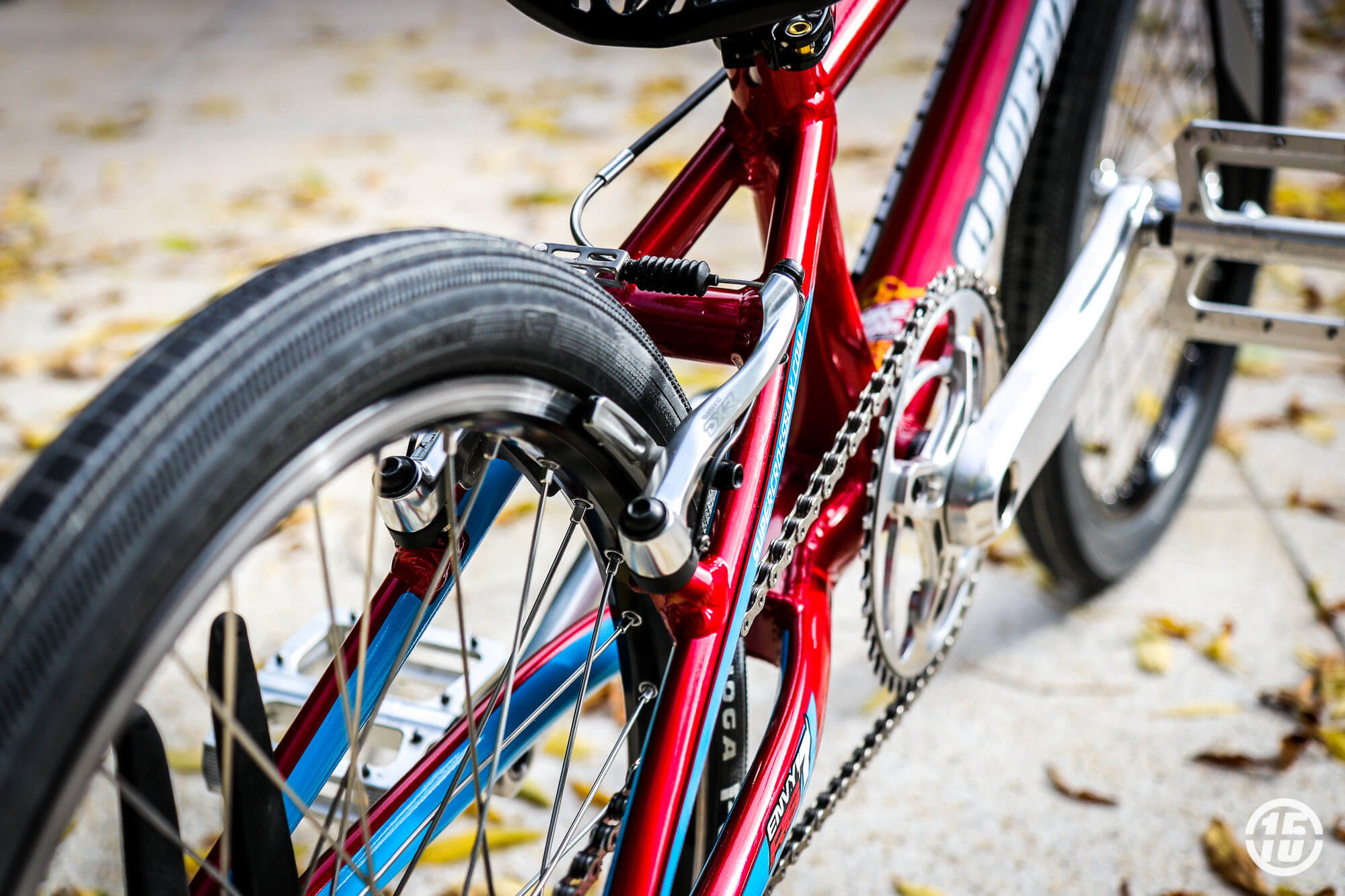 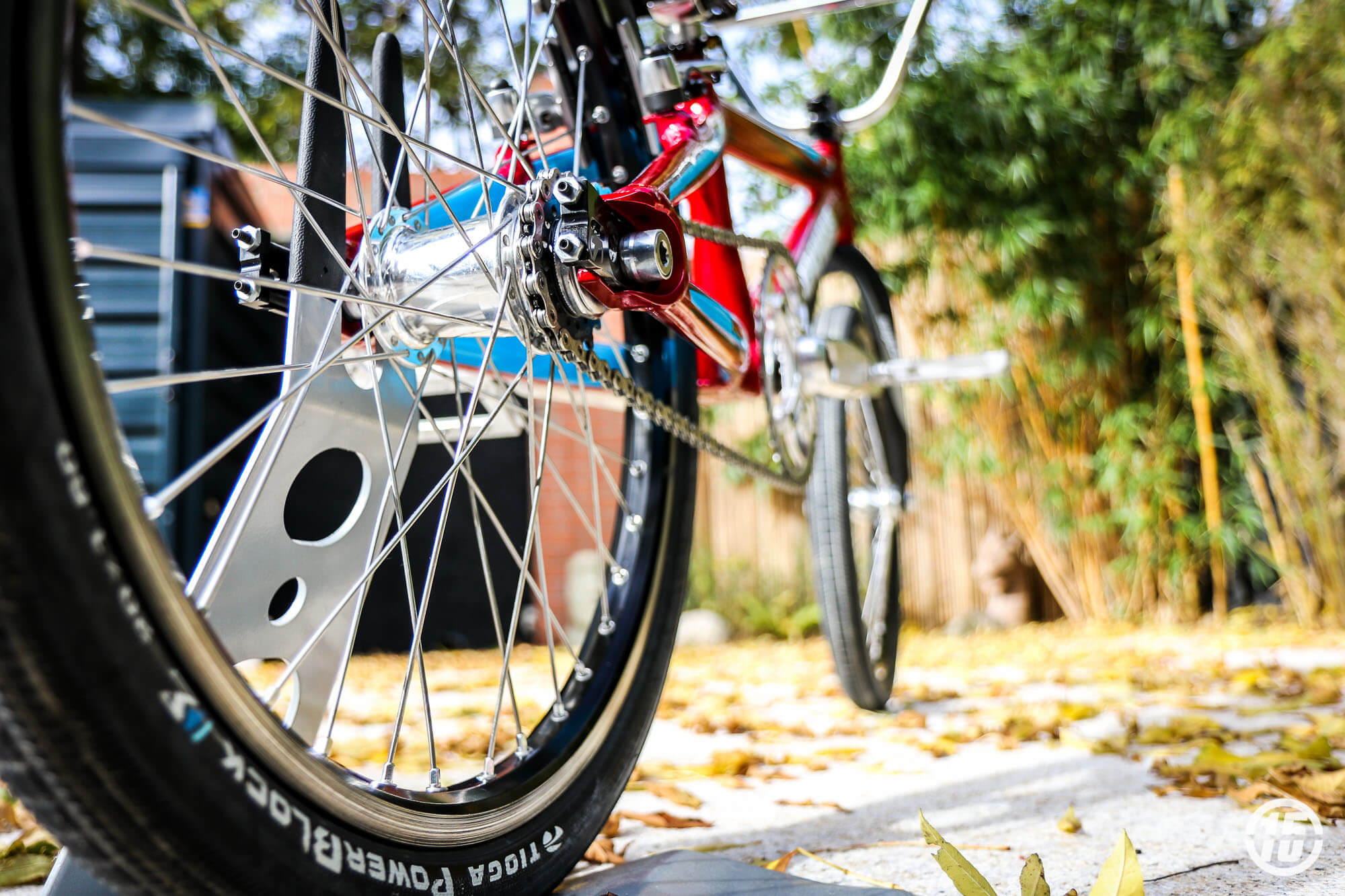 We should also briefly talk about the aforementioned Supercross BLK Forks. While perfectly sculpted for the BLK frame the full carbon forks (including the steer tube) also match up beautifully with the RS7. Again, stiff is the appropriate word here but we also did the Fifteen BMX ‘scientific weight’ comparison on these bad boys … they are significantly lighter than other carbon forks we have in the office as well as all of the ones we Googled. The 20mm forks come with 10mm adapters but we’d suggest to get the full benefit you should upgrade to some 20mm axles.

The RS7 and BLK fork combination handles like a dream everywhere on the track, it’s stable yet very capable of making quick directional changes but it’s in the air, a BMX bikes natural habitat, where we love it the most. It jumps effortlessly, and while we can’t really put our finger on exactly why, it just feels right and a BMX bike is all about the feeling. So, if you’re feeling like it’s time for a new frame, the 2019 season is fast approaching after all, the Supercross Envy RS7 is definitely worth some serious consideration, we’d highly recommend it … it just feels … evolved.

Check out the Envy RS7 at supercrossbmx.com 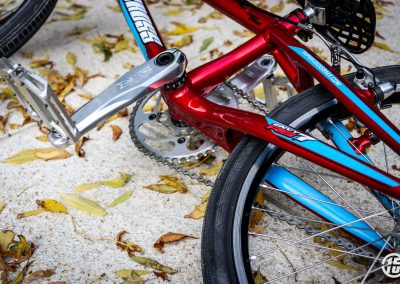 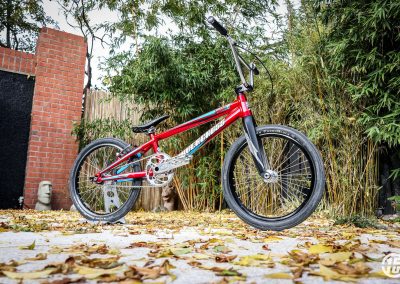 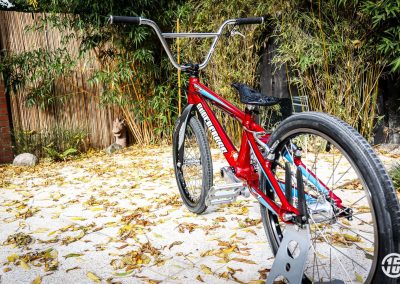 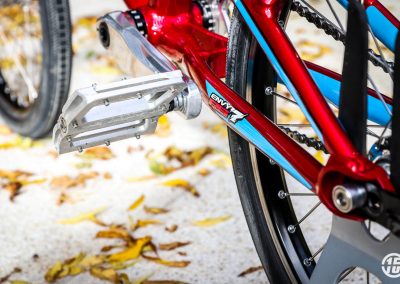 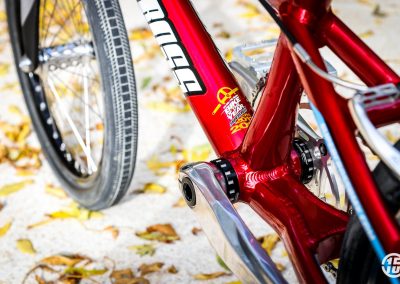 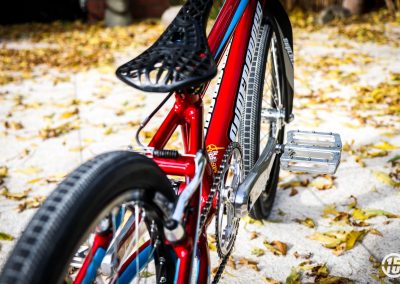 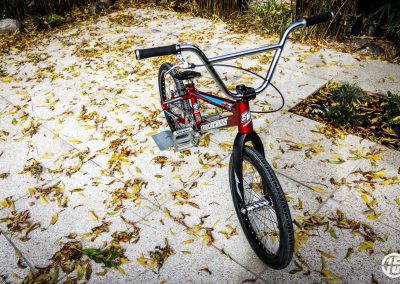 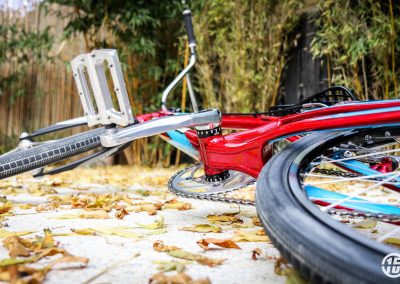 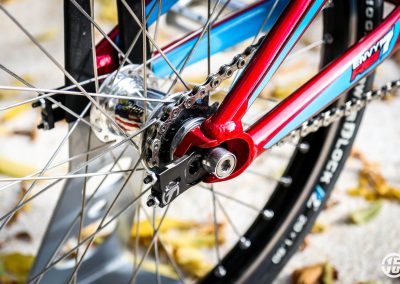 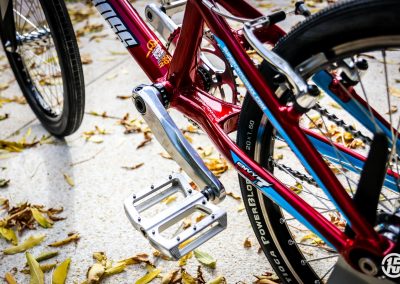 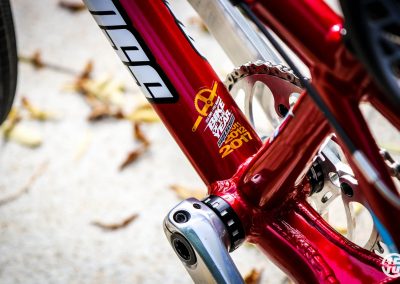 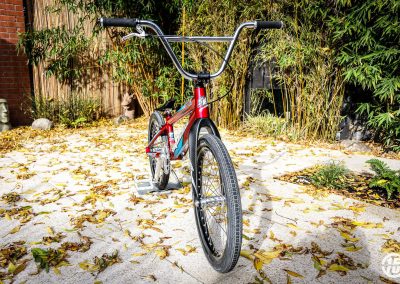 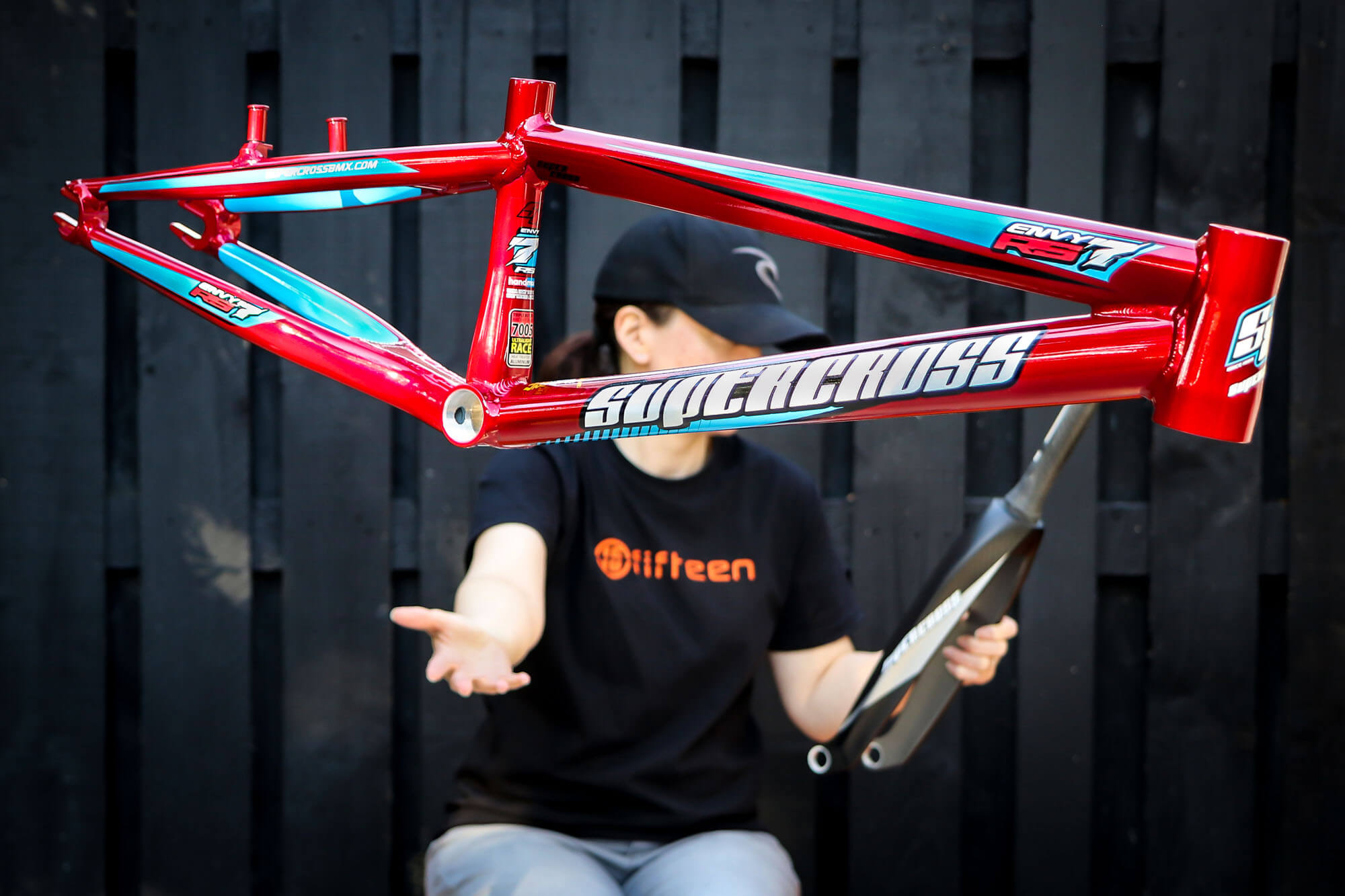