Two time Olympian, Pan Am Games winner, 2016 UCI SX Time Trail domination, too many finals to count and one eye on Tokyo … if you want to ask about the current issues in Elite BMX you would be hard pressed to find a better person to harass than Canada’s Tory Nyhaug …

15: We are heading into a new, post Olympic season, is it hard to motivate yourself after all the Olympic hype is gone?

Tory: Nope not at all, Olympics are over and I’m working to be the best I can be for this year.  The Olympics are one race, it isn’t the only thing I care about or motivates me in BMX.

15: What’s your plan for this year, where will we see you on the gate?

Tory: A bit of everything! I plan on focusing on the USABMX series and racing mostly that, I’ll also do the European World Cups (Maybe Argentina, not sure yet) and of course the UCI rounds in Canada as well.

15: Rock Hill has to be the big one for you this year, right?

Tory: Yeah for sure, the World Championships is always the biggest race of the year besides the Olympic year.  I really like that track, it’s probably the best SX track for racing so I know it will be a good show and fun to be a part of. 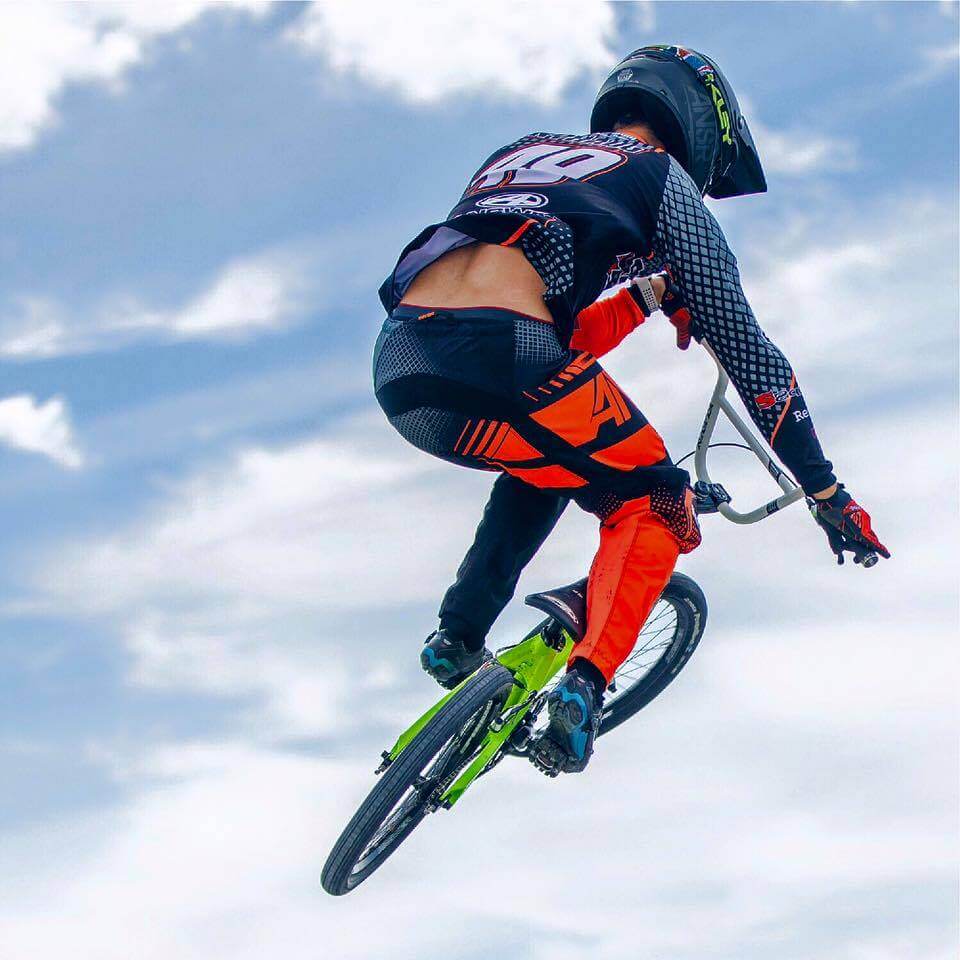 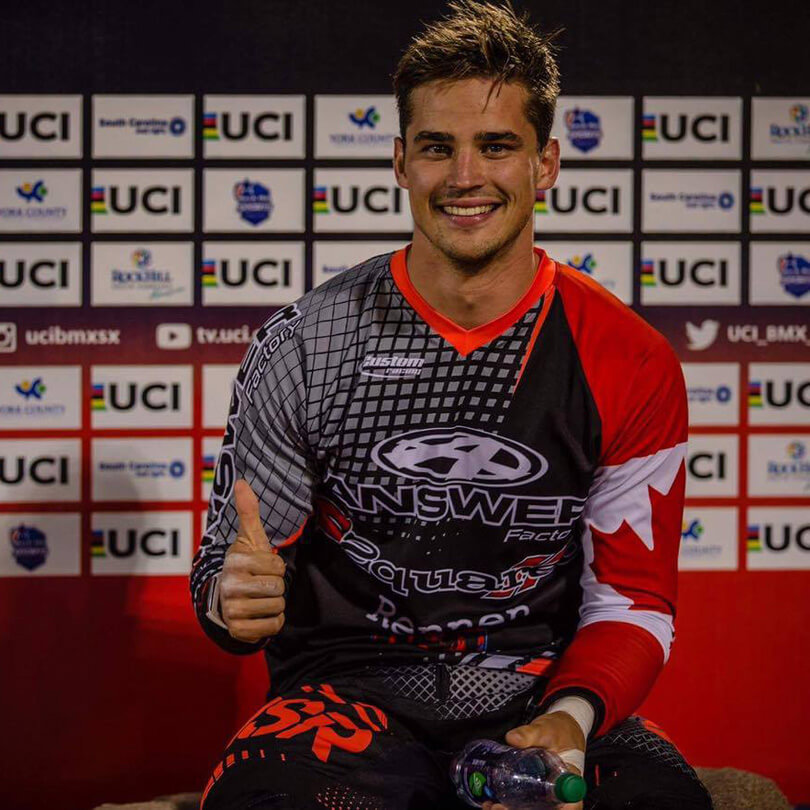 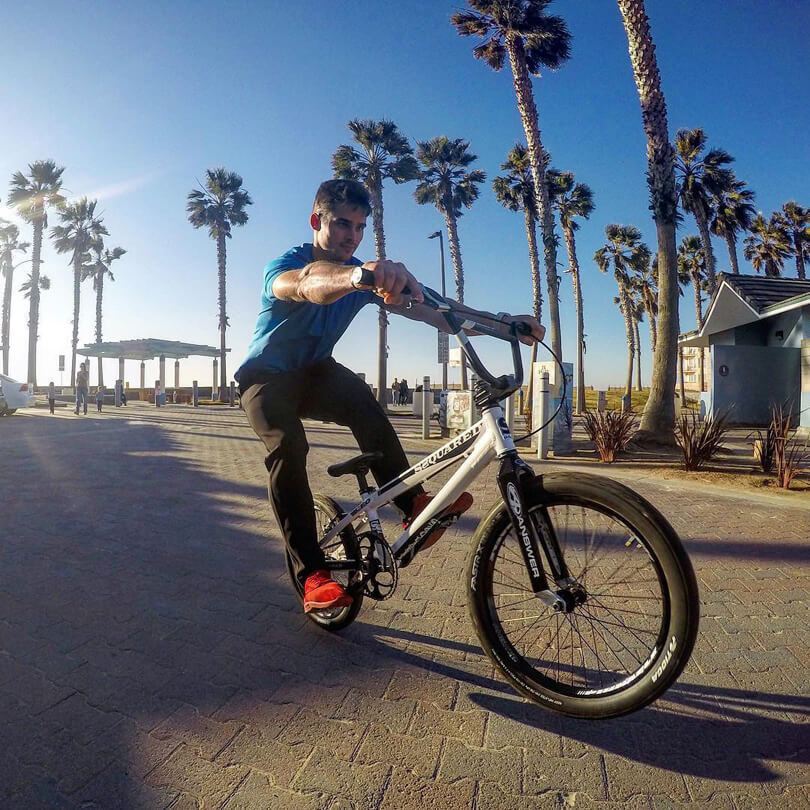 15: You where the King of the Time Trials last year, are you going to miss them, will BMX miss them?

Tory: Yeah I think it’s unfortunate they’re gone completely. I’ve always liked them and been good at them.  It’s a showcase of pure speed and you get rewarded for something plain and simple, being fast.  I think it’s cool to have top guys in the world battle for fractions of a second and see the split times come up.  All they would’ve had to do was do a podium for it at the world cups and add in a bit of prize money and it would’ve been a better show and more guys would have cared.  Also, for the World Championships it added another medal shot, which I thought was great.

‘We’re simply going too fast and too close to race an indoor track that tight and technical.’

15: We have to ask, the hot topic … what are your thoughts on the new prize money totals as laid out by USA BMX this year?

Tory: Really unfortunate, it hurts the sport.  Not only the pros but kids coming up.  With the huge drop in prize money it’s scary for the future of the sport, how’s that going to look for kids coming up wanting to turn pro?  We all love the sport and do it for enjoyment, but at the end of the day its our livelihood as well.  We are all going to be making less now than before and I don’t think anybody, in any profession, gets excited about that.  Like the rest of the Pros and BMX world I was in shock when I saw the new pay scale.  It’s too bad, I don’t know what the solution is.

15: Are you the type to obsess about your bike and it’s set up or do you just go with the flow?

Tory: I go with the flow, I’m not super picky. I liked the Answer/SSquared stuff as soon as I got on it.  The most important thing for me is to feel comfortable and at home on the bike.  If I feel like that, which I do on my setup, I can ride my best.  I used to obsess a bit about bar position and that kind of stuff, but I’ve now come to realize it doesn’t matter.  Tap ’em forward, tighten ’em up and snap on red!!!

15: Are you the type to obsess about your bike and it’s set up or do you just go with the flow?

Tory: I go with the flow, I’m not super picky. I liked the Answer/SSquared stuff as soon as I got on it.  The most important thing for me is to feel comfortable and at home on the bike.  If I feel like that, which I do on my setup, I can ride my best.  I used to obsess a bit about bar position and that kind of stuff, but I’ve now come to realize it doesn’t matter.  Tap ’em forward, tighten ’em up and snap on red!!! 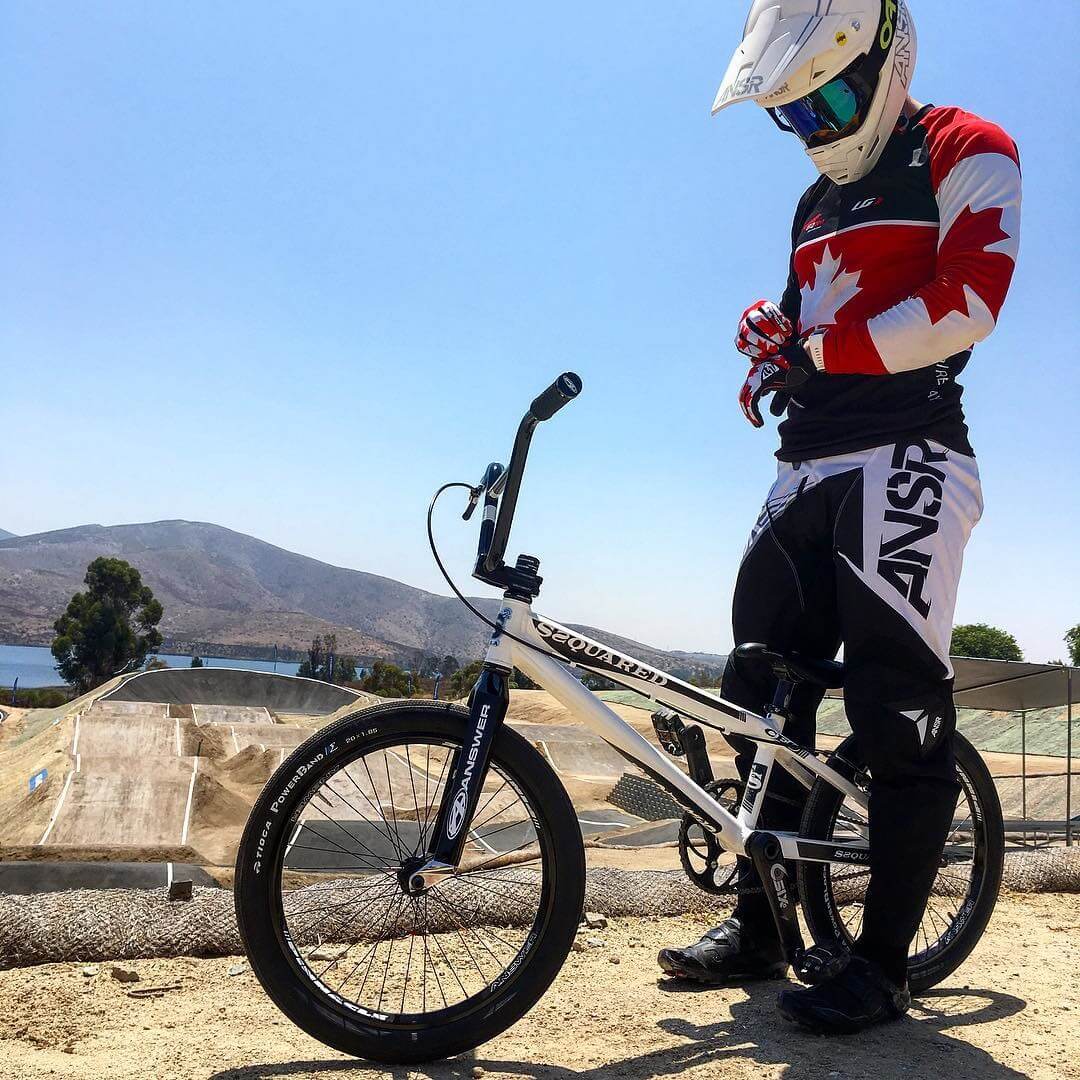 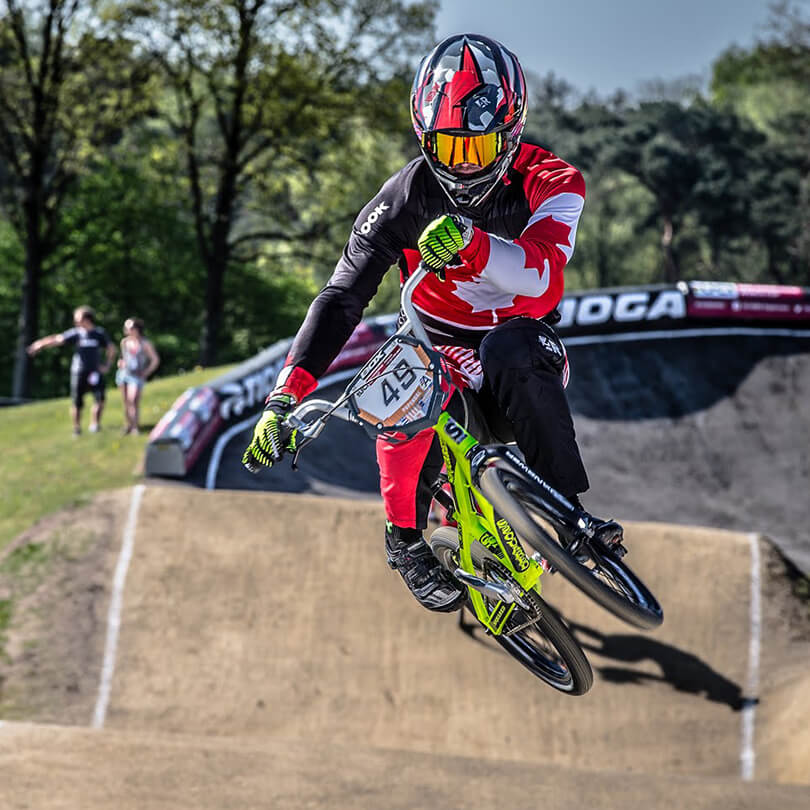 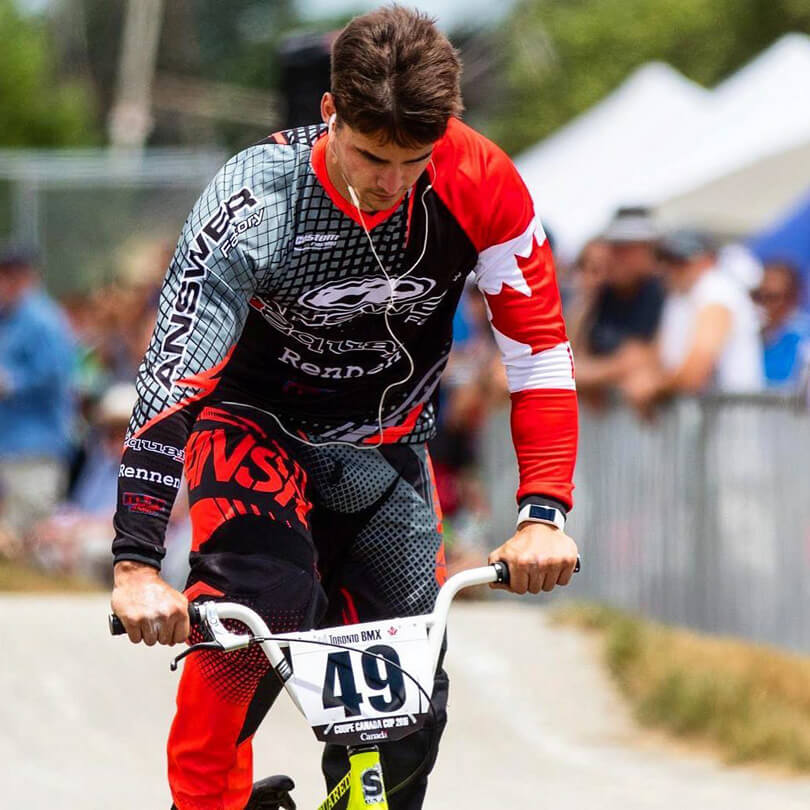 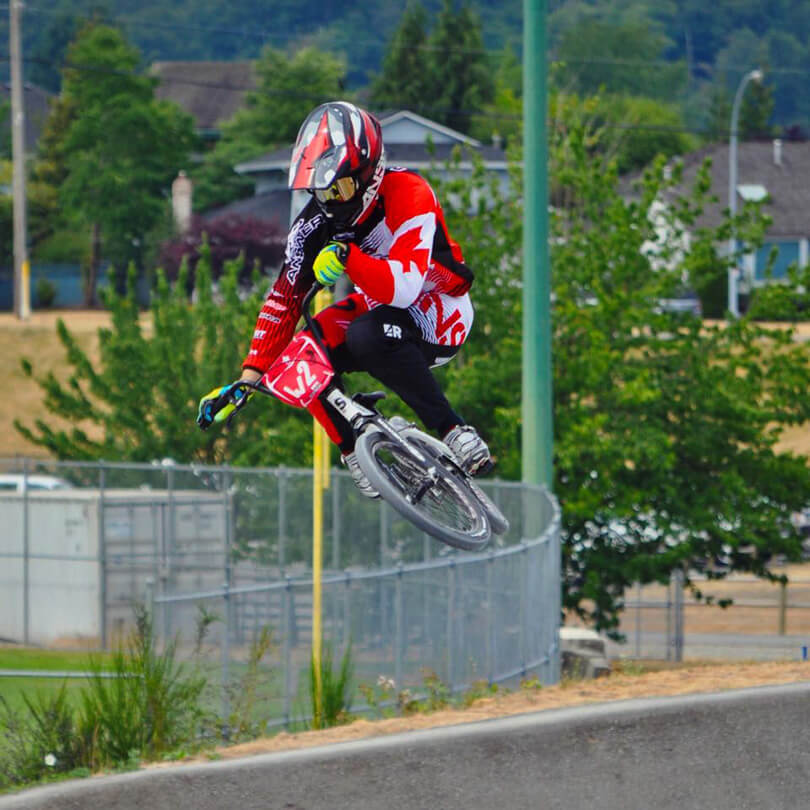 15: We watched the last couple of UCI SX rounds in the USA last year with almost empty stands. What does BMX have to do to draw the crowds and attract outside sponsorship for the events and the riders?

Tory: That’s a hard question.  It’s weird because I feel like BMX is more known now than ever after being in 3 Olympics and its gaining popularity with anybody that watches it, yet the prize money is less and the turnout to those races like you said doesn’t seem to be improving.  Honestly I don’t know the answer, I think if the Organizers got some more support from the local cities and advertised about it more, if we could get on TV, maybe some behind the scenes social media series… Don’t know.  But I think anything like that would help.

‘We all love the sport and do it for enjoyment, but at the end of the day its our livelihood as well.’

15: Another often raised topic … the danger involved in racing SX, do you think the tracks are getting too burley? What direction would you like to see SX track design going?

Tory: I think we hit the limit now and have a pretty good idea with how gnarly the tracks can get and still make for good racing.  In my opinion the only track too dangerous to race on the circuit is Manchester.  We’re simply going too fast and too close to race an indoor track that tight and technical.  It’s sickening when you see so many people being injured and carted off on a track like that, some of the best riders in the world crash there. But the other SX tracks we race, Santiago Del Estero, Papendal, the American ones are all good in my opinion.  I’m not saying tracks should not be technical because I do.  But it needs to be in a way that challenges us without being too dangerous and that’s a hard balance.  I also believe that on a world cup circuit, there should be a variety of tracks ranging from technical to fast and easier because if you’re going to be world cup champion you should be able to do it all.

15: What did you think of the Rio Olympic track, were the crashes due to the track or more to do with the wind?

Tory: I think the track was great, the racing was excellent and the track was open for passes and fast lines.  I think the crashes were due to it being the Olympics and everybody just anxious and hyped to race.

15: Is it too early for you to start thinking about Tokyo and your third Olympics?

Tory:  Nope, of course it’s in the back of my mind.  That’s the next long term goal for me, I’d love to be at my third Olympics and have another crack at a medal.  But between now and then, there is A LOT of racing.  I plan to enjoy it, and do my best every time I’m on the track.  I want to be able to look back at my career after it’s all done and be proud of how I conducted myself and how hard I worked.

15: Is home base for you still Canada? Obviously you spend a lot of time in California … how’s training going in Chula Vista? No France this year?

Tory: Yes I still live in Canada, I’ve been down in Chula Vista this year and I’ll be here until beginning of March.  Then I head home for a couple weeks before we head to Rock Hill for a training camp and race.  No France this year, first time I haven’t been there in years.

15: And finally, the most important issue in BMX today … the little blue tick on Instagram, notoriously  hard to get … tell us your secret?

Tory: We are all social media junkies nowadays aren’t we?  You get it just by being famous of course 😉 haha