The UCI has today, 1st March 2022, followed the Olympic Committee’s (IOC) lead and applied the same restrictions to cycling. In short, and in relation to BMX Racing, the restrictions essentially mean no Russian or Belarusian teams or national selections can take part in events on the UCI International Calendar, The BMX World Cup Series, The European BMX Cup or the BMX World Championships. In addition the National Championships of both Russia and Belarus will not be recognised by the UCI.

See the Full UCI Press Release Below or on the UCI Website:

Photo by the UCI

The UCI has today, 1st March 2022, followed the Olympic Committee’s (IOC) lead and applied the same restrictions to cycling. In short, and in relation to BMX Racing, the restrictions essentially mean no Russian or Belarusian teams or national selections can take part in events on the UCI International Calendar, The BMX World Cup Series, The European BMX Cup or the BMX World Championships. In addition the National Championships of both Russia and Belarus will not be recognised by the UCI.

See the Full UCI Press Release Below or on the UCI Website:

Photo by the UCI 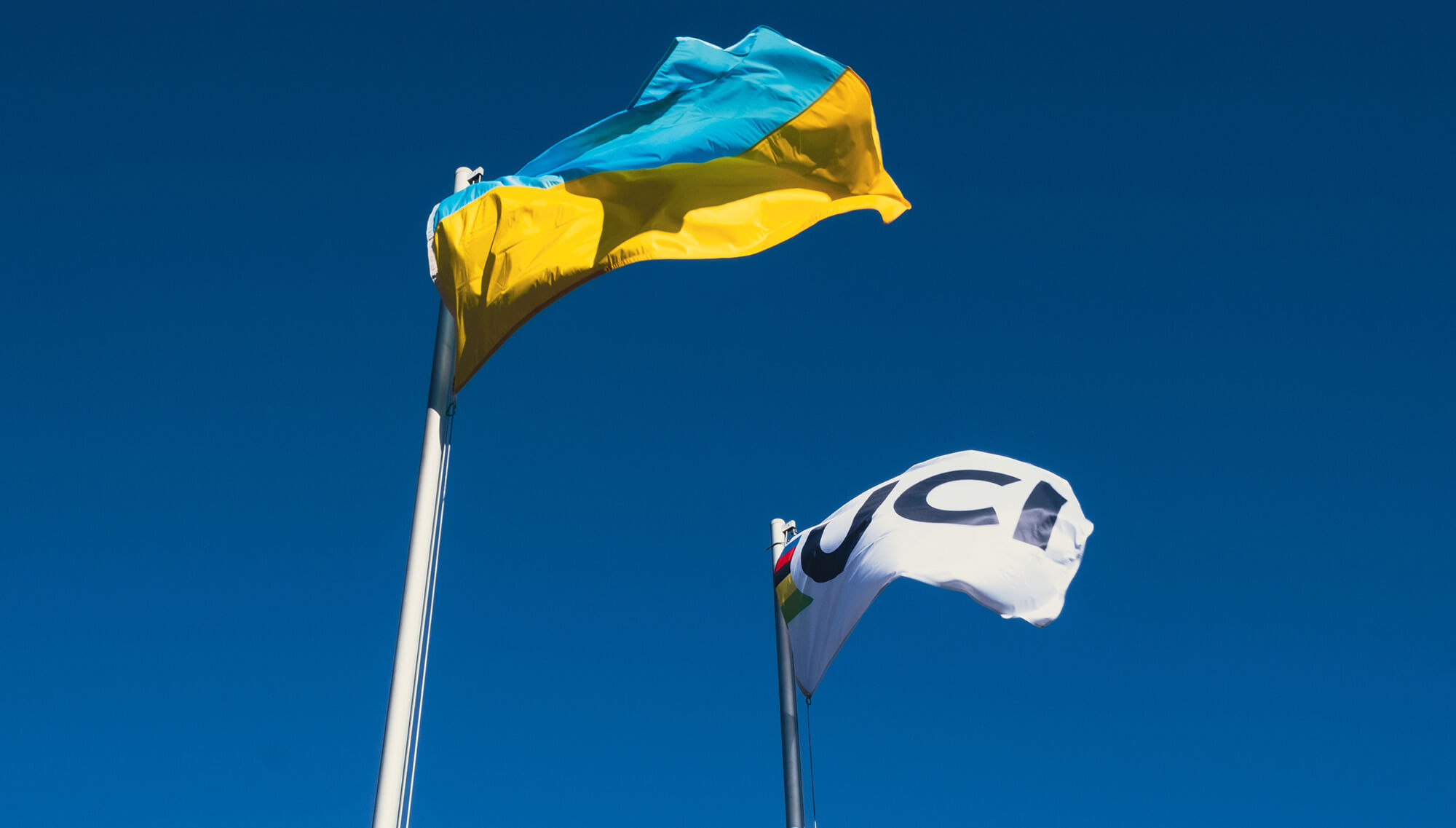 The Management Committee of the Union Cycliste Internationale (UCI) met at an extraordinary session today to discuss the situation in Ukraine and the measures that the UCI means to take in this respect.

The UCI again expresses its very great concern over the situation in Ukraine and firmly condemns the aggression of the Russian and Belarusian governments and their non-respect of the Olympic Truce. The UCI wishes to see a return to peace as rapidly as possible and calls for the respect of Olympic values. Indeed, sport in general and cycling in particular are vehicles of peace, friendship, solidarity and tolerance.

First of all, the UCI has decided to offer its support to the Ukrainian cycling community and has committed to welcoming Ukrainian athletes to the UCI World Cycling Centre (WCC), its education and training centre in Aigle, Switzerland. In this respect, the UCI is in permanent contact with the National Federation of Ukraine. The UCI President David Lappartient, together with the President of the Union Européenne de Cyclisme (UEC) Enrico Della Casa, will meet the President and representatives of the Ukraine National Federation during the UEC Congress in Denmark this weekend to define the procedures for coming to the aid of Ukraine’s cycling community.

Moreover, the UCI welcomes the strong decisions taken by the International Olympic Committee (IOC) on 28 February and has decided to apply them to cycling.

The UCI, which remains a politically neutral organisation, laments that the decisions of their government can impact Russian and Belarusian athletes, but it is necessary to be firm in the defence of the Olympic values.

As pointed out this morning during an emergency meeting of International Federations organised by the IOC and presided over by the President Thomas Bach – with the participation of David Lappartient and UCI Director General Amina Lanaya -, it is a question of taking preventive measures with the objective of ensuring the integrity and security of sporting competitions and the respect of the Olympic values.

In light of the situation, the UCI Management Committee has unanimously taken the following decisions:

Any participation of Russian or Belarusian athletes must be in a neutral capacity, and organisers are requested to withdraw any reference to Russia or Belarus, including the name, emblems, acronyms and flags, and replace them with a neutral reference or denomination on all event-related documents and in line with instructions to be provided by the UCI.

The decision not to impose a blanket ban on Russian and Belarusian athletes at all international events is based on obtaining a balance of all interests. In particular, it is a question of taking into account the contractual rights of the riders and teams concerned, and not to unjustly penalise teams that are not Russian or Belarusian.

The UCI asks organisers, spectators and competitors to respect Russian and Belarusian riders at races in which they would be authorised to participate.

Moreover, the UCI Management Committee has decided to introduce a specific regulation enabling Russian and Belarusian licence-holders with multiple nationalities to request a change to their sporting nationality without any restriction. It will be possible to accelerate the procedure concerning this measure, which already exists in the UCI Regulations.

Specific measures will be studied with a view to allowing riders and staff members of Russian and Belarusian teams to register with a UCI Team that is neither Russian nor Belarusian outside of the registration periods.

Concerning the Russian and Belarusian National Federations, and in line with responses given by the IOC this morning during the meeting with International Federation Presidents, it is not necessary to suspend these because they are not implicated in the violation of the Olympic Truce. In the same vein, concerning Russian and Belarusian members of UCI bodies and commissions, the UCI has chosen to act in line with the IOC’s position presented this morning, which means that they may continue to serve as long as they are not directly implicated in the violation of the Olympic Truce; indeed the priority of the measures taken today is to ensure the integrity and security of sporting competitions.

As part of its decisions, the UCI Management Committee has also taken stance on sponsoring by Russian or Belarusian brands and companies. As it considers that this would damage the image of the UCI and cycling in general, such sponsoring will not be authorised. Teams and event organisers have therefore been requested not to grant any visibility to Russian or Belarusian sponsors at events on the UCI International Calendar.

For the sake of clarity, all measures apply with immediate effect regarding both Russia and Belarus and cover all categories and disciplines. They will remain in effect until further notice. In the coming days, the UCI will publish ad hoc rules providing further guidance on the measures adopted today by the UCI Management Committee. Directives will also be communicated to event organisers concerning the ban on displaying references to Russia and Belarus.

The UCI specifies that in the event of a State decreeing stricter measures regarding the participation of Russian or Belarusian riders or teams at competitions on their territory, these measures would take precedence over the decisions taken by the UCI.

The UCI welcomes the courageous stance taken by Russian and Belarusian cyclists and officials in a bid for peace. It calls for restraint from all sides of the conflict as well as for the protection of civilians and hopes that peace will rapidly be restored.

The UCI’s position could evolve as the situation in Ukraine develops.