First off, things we did not know … one, the ‘USA Cycling National Team’ was only officially launched in December 2017, two, the BMX race section of the team is called the ‘BMX Supercross Team’, and three, Brooke Crain was not already included, which seems crazy to us! There are also other names not on the team list that you might have expected to be there … Nic Long for one … but that, probably, is a discussion for another day … 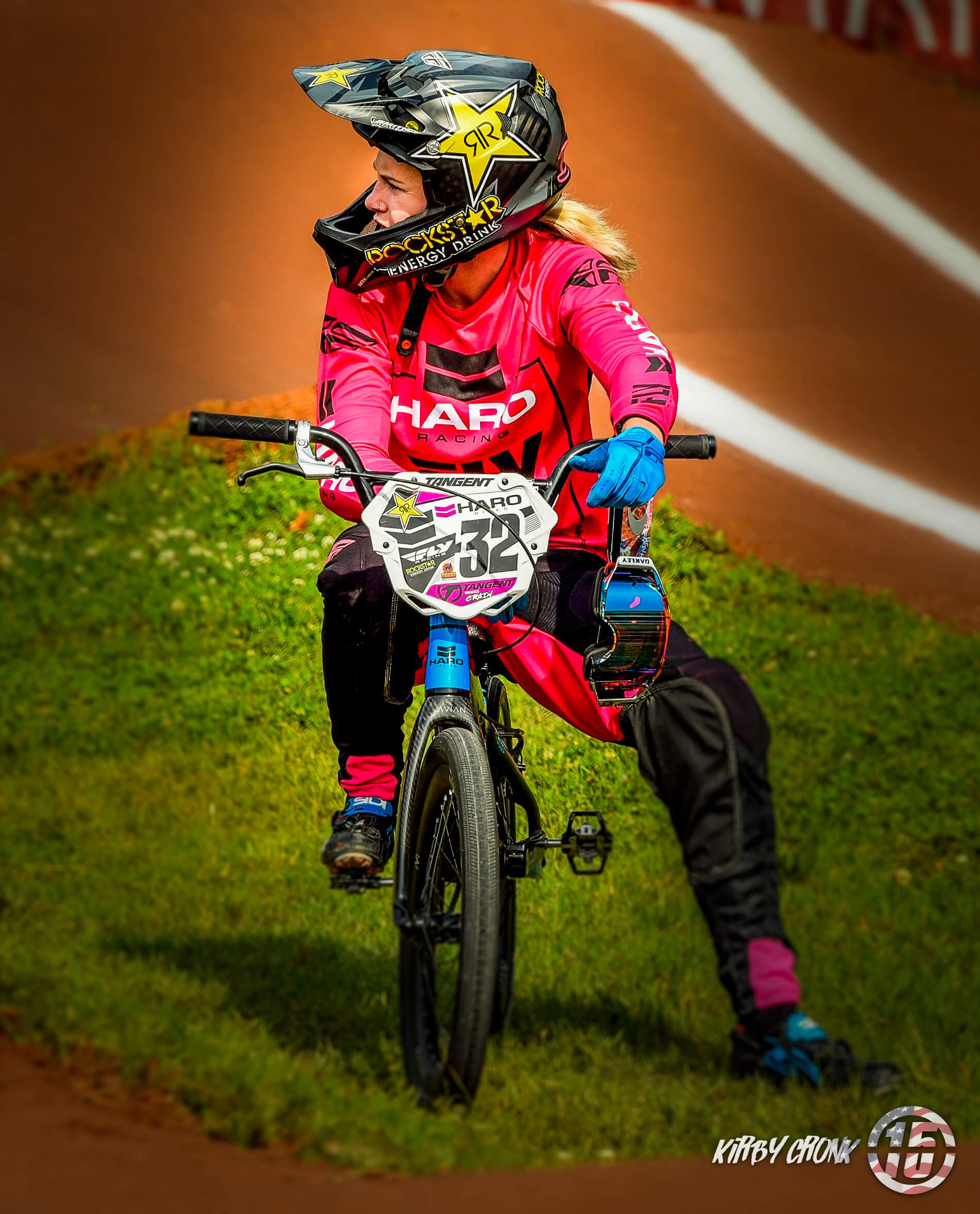 Along with the initial six riders, Crain is now eligible for the benefits that come with selection:

– Support from a USA Cycling Performance Director in partnership with the athlete’s personal coach, professional team, and extended support network.

“We are excited to be able to extend the benefits of the USA Cycling National Team to additional riders.  Having more athletes qualify for support by meeting the challenging objective standards means that our depth as a nation is increasing,” said Scott Schnitzspahn Vice President of Elite Athletics for USA Cycling.

Crain, a two-time Olympian (2012, 2016), finished eighth overall after advancing to the final round at the 2018 UCI BMX World Championships in Baku, Azerbaijan. Her top performance at the World Championship came on the heels of a successful first half of 2018 racing around the U.S. and also qualified her to receive the silver level of support on the National Team.

The 21-year-old Shaw has started the year with two top-5 finishes on the 2018 Mercedes-Benz UCI Mountain Bike World Cup circuit to date. He claimed silver at the Lošinj, Croatia, stop in April, a recorded a fourth-place finish in downhill at the World Cup in Val di Sole, Italy, in the beginning of July. Shaw also took home a bronze medal at the USA Cycling Mountain Bike National Championships in Snowshoe, W. Va. on July 22.

On the road, one male and two females posted performances to qualify for the National Team. For the women, Hall has been collecting jerseys this year, winning the overall titles at the Joe Martin Stage Race, Tour of the Gila, Redlands Bicycle Classic and finally the Amgen Tour of California, which qualified her for a spot on the National Team at the bronze level of support.

Ryan has recorded several top results on the UCI Women’s WorldTour in 2018. Her fifth place finish at the Amstel Gold Race Ladies Edition earned her the bronze level of support on the Team. She also placed second at Women’s WorldTour Ronde van Drenthe, second in Stage 3 of the 2018 Amgen Tour of California and finished fourth in the road race at this year’s U.S. Pro Road National Championships.

Brown made his mark at the 2018 U.S. Championships last month. At 21 years and two months of age, he became the youngest male to win the U.S. Pro Road Race National Championship, claiming the biggest victory of his career in his new hometown of Knoxville and earning him the bronze level of support on the National Team.

In his final race of his 2018 Classics campaign, Phinney crossed the line in eighth-place at Paris-Roubaix. It was the best career finish in the race for the three-time Olympian (2008, 2012, 2016), and he was the first American to finish among the top 10 in the event since 2008. Phinney just completed his second career Tour de France.

In December 2017, USA Cycling announced the launch of the USA Cycling National Team, comprised of individuals who have been identified as top-performing, world-class athletes in their disciplines based on objective performance-based criteria. That criteria is unique to each discipline and is designed to select only those athletes who are performing at the very top of the world in their discipline. The initial National Team announcement featured 51 athletes. Four riders were added in February, and seven more riders join the team now.

Being on the USA Cycling National Team does not provide automatic access to World Championships teams or the Olympics, as those opportunities must be earned according to a clearly defined selection process open to all athletes. However, it does provide year-round access to USA Cycling’s highest level of athlete support, which may include:

USA Cycling has outlined clear athlete development pathways for each discipline to help aspiring athletes of all abilities understand the process and expectations. All information is available on the usacycling.org/team.