Even if you ignore the huge amount of talent it’s hard not to be impressed with Japan’s Yoshitaku 長迫吉拓 Nagasako.

In 2012 Yoshi moved from Japan to join the likes of Renaud Blanc, David Graf and Stefany Hernandez at the UCI World Cycling Centre in Aigle, Switzerland in pursuit of his dream … and for the last two years, along with his Japanese teammates, has travelled the world racking up Olympic UCI points.  For a small BMX nation such as Japan, with little or no Supercross facilities on home soil, it was no easy task but when the gate drops at the Rio Olympics this August, barring disaster, Yoshi will be on it … that’s something to be impressed about!

Yoshi has a busy year ahead, Manchester SX Open, back to Rio to try the Olympic track changes, SX rounds in Argentina and Manchester,  then to Papendal, the UCI Worlds in Colombia and that little race in Rio during August … then Rock Hill and Florida to finish off the SX World Cup. Short rest, then prepare for the circus to arrive in his home nation … Tokyo Olympics 2020.

15: You have just been in Colombia riding the new Medellín Supercross that will host the 2016 UCI World Championships during May. What did you think of  the track? The second straight looks almost trails like, is it more technical than a lot of the tracks on the SX tour? Four jumps in a row on the second straight is a little unusual …

YN: The track was not so bad. The jumps are stiff and some of it a little sketchy but it is the Worlds track. The four jumps on second straight are ok, the 2011 Worlds in Copenhagen had  four jumps as well but this time in Colombia they are bigger for sure! This is the first time we have a track for only the Championship classes,  the challenge track is just across the street.

15: We have a feeling you like the more technical, adrenaline fuelled, bigger jumps tracks. True? Medellín or Rock Hill?

YN: I prefer Medellín. The track is longer and more technical. And yes, I have confidence in my skills.

15: What are the facilities around the track in Medellín like? It will be the first time in that part of the world for a lot of riders. Did you feel safe there?

YN: Yes, the area is not so dangerous. It was safe around the hotel where we stayed. Around the track … I think it would be better not to take your bike outside of the track area. 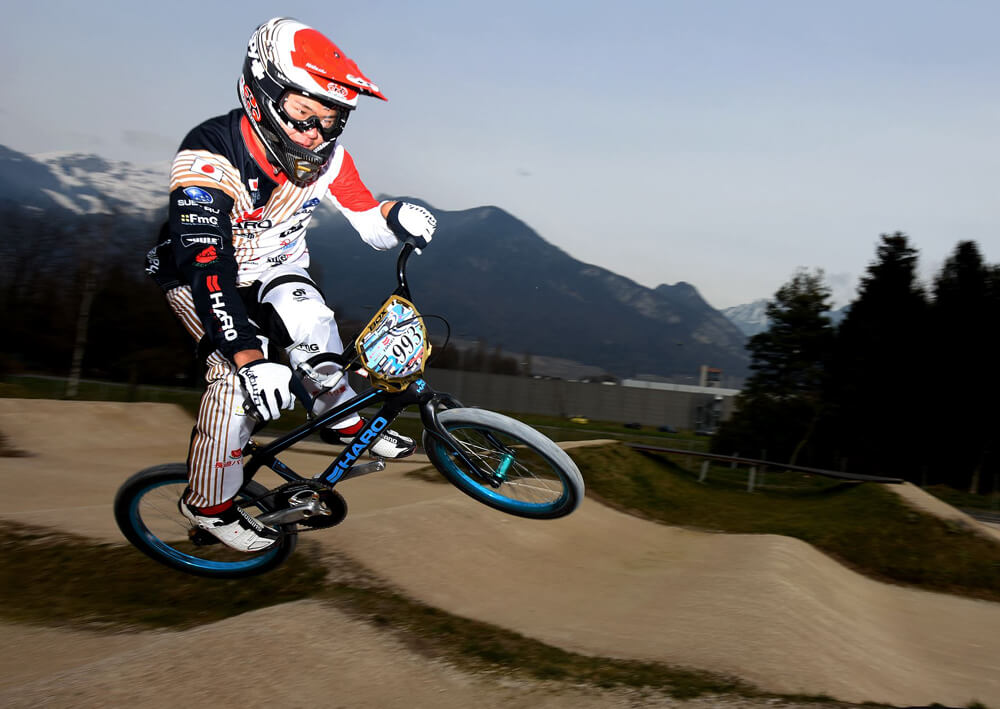 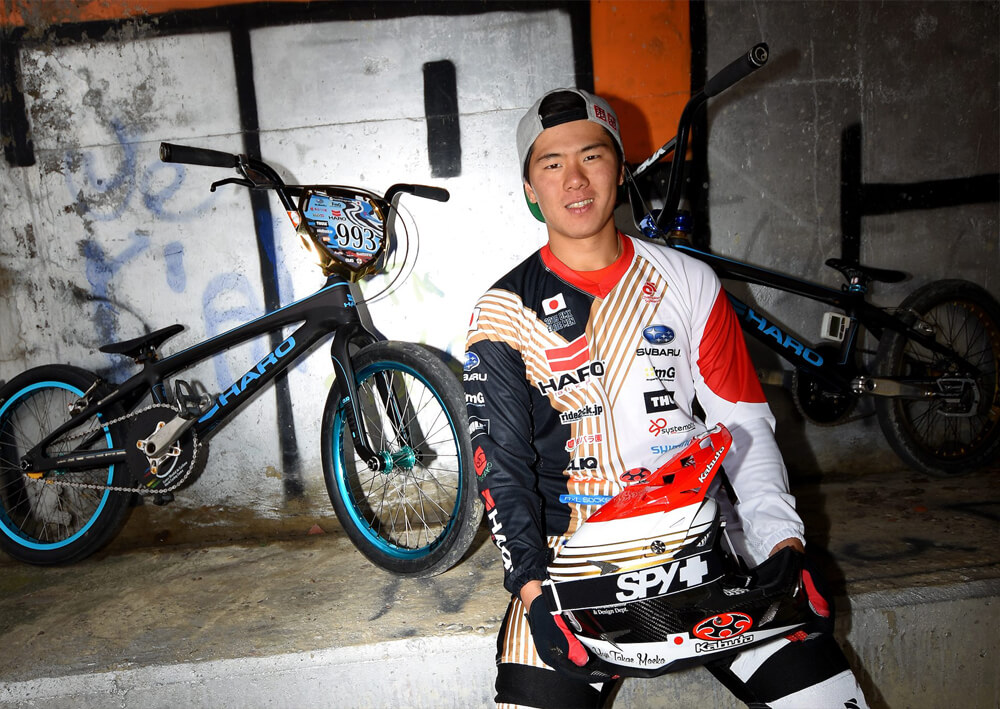 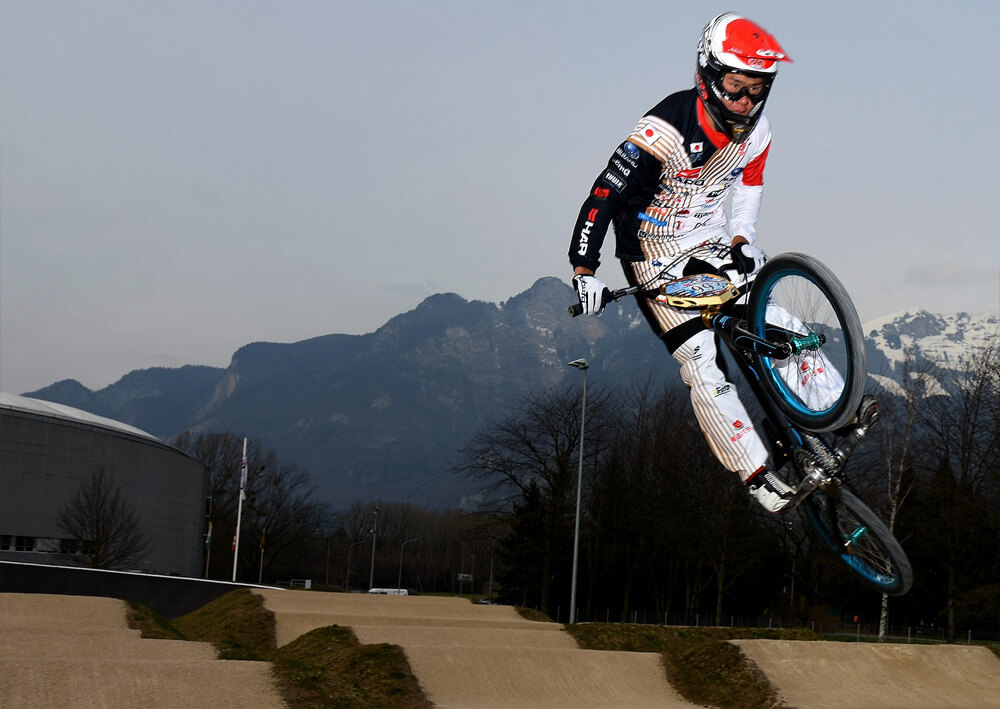 15: Straight after the Worlds comes the big one … Rio 2016. Japan is currently sitting in 12 place in the ranking giving you one spot at the games. Are you guys planning on hitting all the UCI ranking races leading up to the games to hold onto that spot?

YN: Yes of course. Securing a spot by the Nation Ranking gives me more time that I can focus on the Worlds which is a few months before the Olympics. It will not be easy to have your two best races within a few months of each other.

15: How does the ‘Japan Cycling Federation’ allocate the spot for Rio? Is it yours as you are the highest UCI ranked rider?

YN: Yes, who goes is based on who has the most UCI points from Japan.

15: You went to the Rio test event, what did you think of the track?

YN: The track wasn’t perfect, especially the third straight … it was terrible. But we made the best of it at the time. I did like the second straight, it needed skill and you had to be perfect to jump the next one. The first jump on the first straight was a bit weird.

15: When you arrive in Rio next August do you think the track will be massively different after the feedback from the test event?

YN: I will be there in March to test the track again. There is offical open track session between 15th and  19th March … I hope the track is better.

15: You moved to Switzerland in 2012 to train at the UCI World Cycling Centre, how did that come about? Is it something you would recommend to other up and coming riders?

YN: There is probably everything there I need to train on my bike. I can easily race around Europe, bring my mistakes back to Switzerland, fix them and try again. These are experiences I cannot get in Japan.

15: The facilities there look excellent …

YN: The track was rebuilt in 2014 to be bigger and it now has the two different height starting hills,  longer straights and more jumps. It’s one of the hardest tracks to do a full lap on.  It helps me a lot at the races and I definitely don’t get as tired as I did before.

15: Japan dominated the Elite Men’s class at the 2015 Asian BMX Championships with yourself in first followed by your team mates Yoshimura and Matsushita. What’s the race scene in Japan like for an Elite athlete? Do you have a Supercross track there?

YN: Unfortunately we don’t have a full SX track but we have a two person 8m hill and a track for practice. We don’t have much of a budget to travel to races or training camps outside of Japan but what we have there helps a lot, especially the young riders. 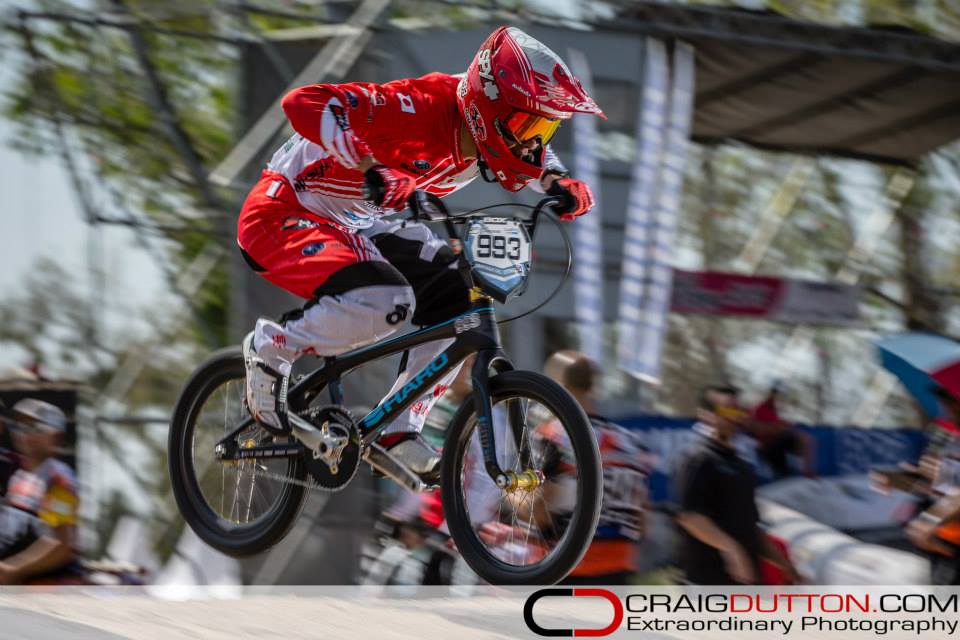 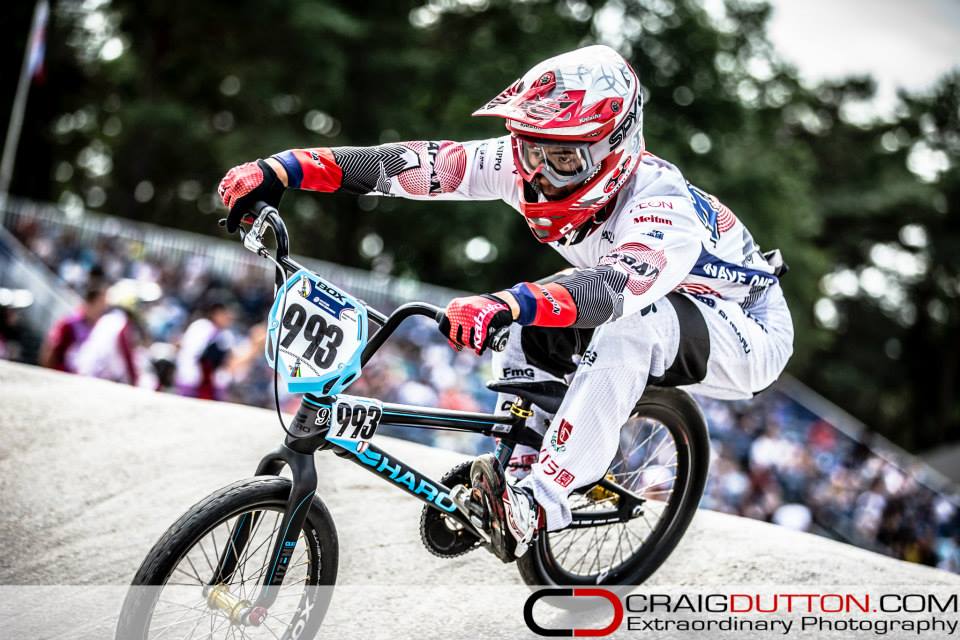 YN: One or two races a year,  the Japan  National Championships and a UCI race. I would like to race more in Japan though.

15: Your best result of 2015 was (we think) your impressive second behind Niek Kimmann at the UEC Euro round in Denmark. Other than the Olympics what are your goals for 2016?

YN: Yes It was one of my good races … 2015 wasn’t the best for me, it wasn’t easy to come back after surgery in February.

My goal for 2016 is of course to get medal at the Rio Olympics but also a top 10 in the UCI rankings.

15: Looking further ahead you must be excited about the 2020 Olympics in your home country?

YN: Yes absolutely! It will be great time to promote BMX to the people at home and time to give everything I have … it’s going to be huge!