​We’re almost afraid to say it but, 2022 is starting to seem somewhat normal in BMX terms, well as normal as we could expect. We have national racing worldwide again, not just Stateside! The UEC are rattling off the Euro Cup rounds with hordes of international riders in attendance and the 2022 UCI BMX World Championships are all set to pick up where the 2019 Zolder Worlds left off, with challenge riders on the gate. What we have yet to see in 2022 though, is the world’s best Elite riders all in one location, at the same event, on the same gate … Pajon, Shriver, Smulders, Stancil, Willoughby … who’s going to win that battle? Well here comes the 2022 UCI World Cup Series, and it may just have an answer …

BMX Racing’s best riders are about to descend en masse in Knightswood Park, on the outskirts of Glasgow, Scotland, for the opening round of the 2022 UCI World Cup, or the ‘BMX Racing World Cup’, to give it its official name.  If 2022 lives up to the tension and excitement of the 2021 series climax, we are in for a treat! 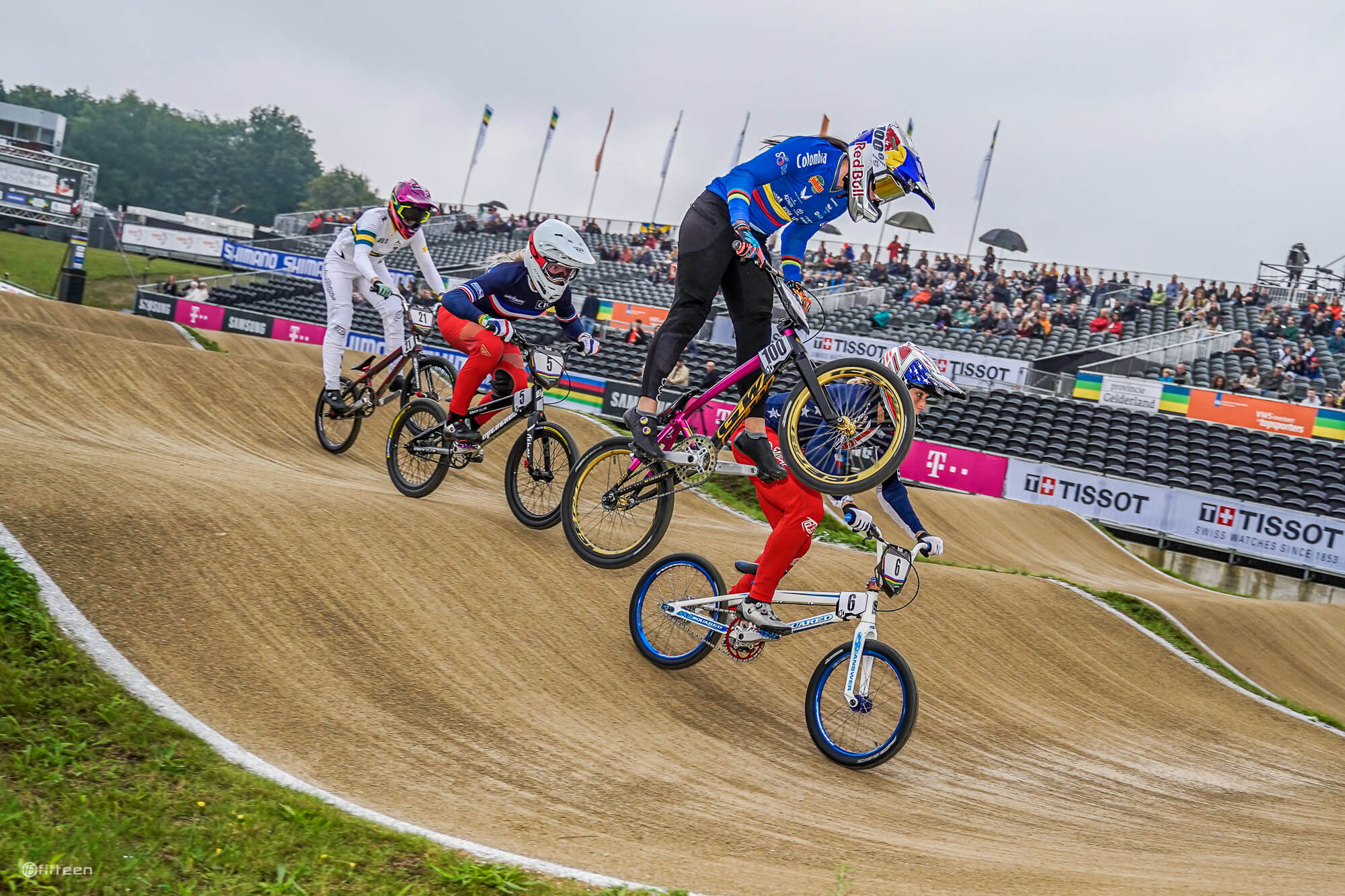 ​The 2021 series titles went all the way to the wire in a very wet, and blue, Turkey. In the Elite Women’s class Pajon had the points advantage going into the final round but Laura Smulders had the momentum. If Laura was to win the final race, which she did, an amazing 23rd World Cup win for her, Mariana needed a seventh or better to claim the title … Pajon wrapped the title up with a third, but it was nail biting stuff!

The 2021 Elite Men’s conclusion was no less dramatic with both Simon Marquart and Carlos Ramírez possible winners … it was a case of who beats who in Round 8! But a collision between both coming down the 8m hill in the semi-final left Carlos on the ground and Simon in the final … the title went back to Switzerland. Simon is going into the 2022 opener hoping he can hold onto that red plate, ‘I really enjoy riding with the red plate, I don’t feel like it adds any extra pressure. I think it’s something special not that many people experienced, so I enjoy it for as long as possible’ he told us, ‘My favorite thing about the series is to finish off the weekend with two good results, preferably a win!’ As you could imagine, Papendal will probably fit Simons particular set of skills, which is going very, very fast … ‘I really like the wide-open track’, he told us. Expect big battles between Simon and his training partner, Niek Kimmann, at the Netherlands speedway. 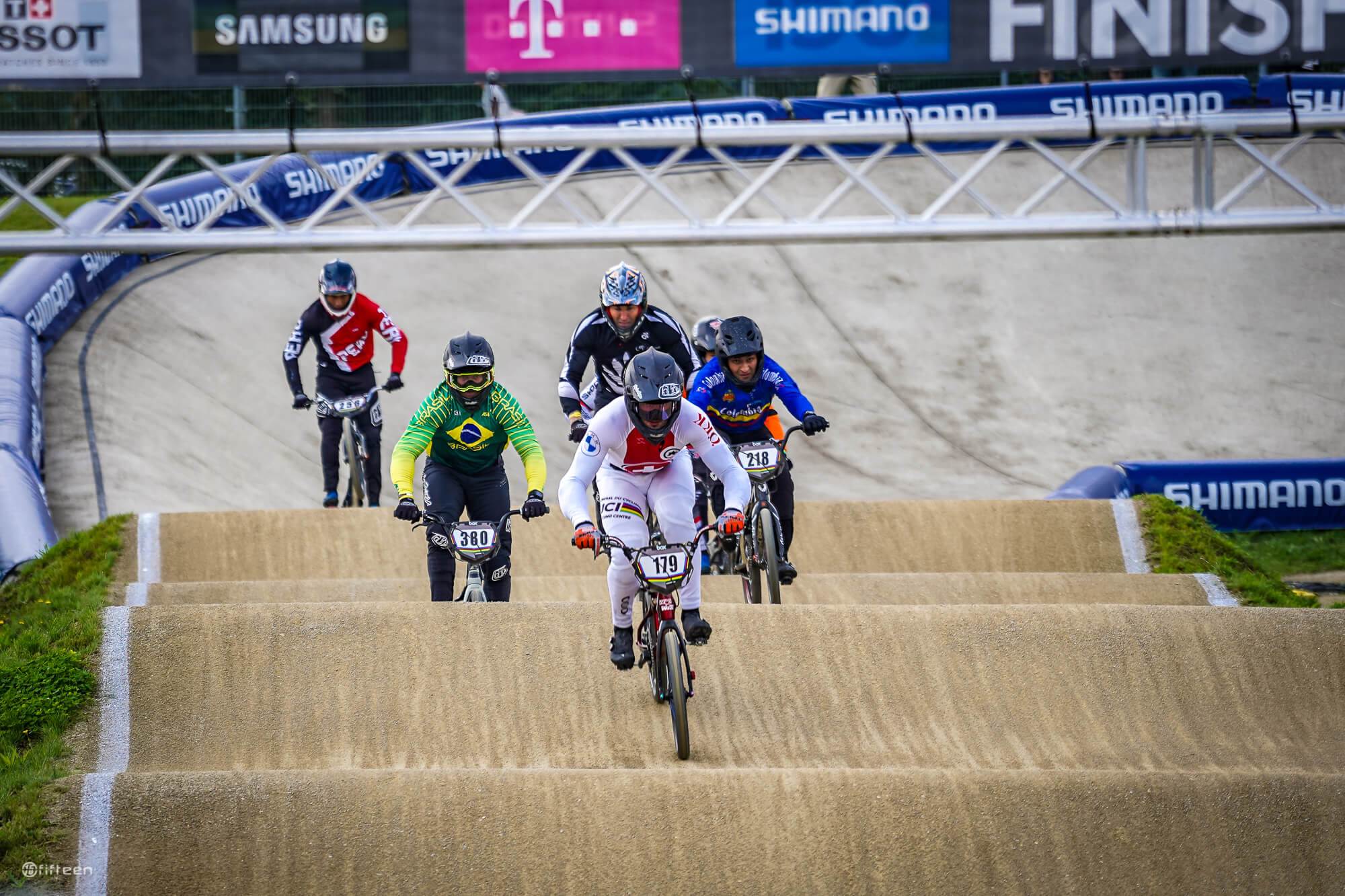 The opening rounds in Glasgow will obviously favour the talented GB squad who will be most familiar with the track and will also have the home crowd cheering for them. All eyes will be on both the Olympic medallist’s Shriever and Whyte, but if we had to pick someone who may just upset the applecart, you only have to glance in Ross Cullen’s direction! ‘I’m really looking forward to racing Glasgow’, he remarked, ‘it’ll be great to have a home country World Cup, and after spending a few days up there training last month I’m really excited!’ Don’t be surprised to see Cullen in some finals this year and then who know what could unfold ‘I’d love to find myself on a few podiums but more importantly just consistently perform to my best ability on the day!’ 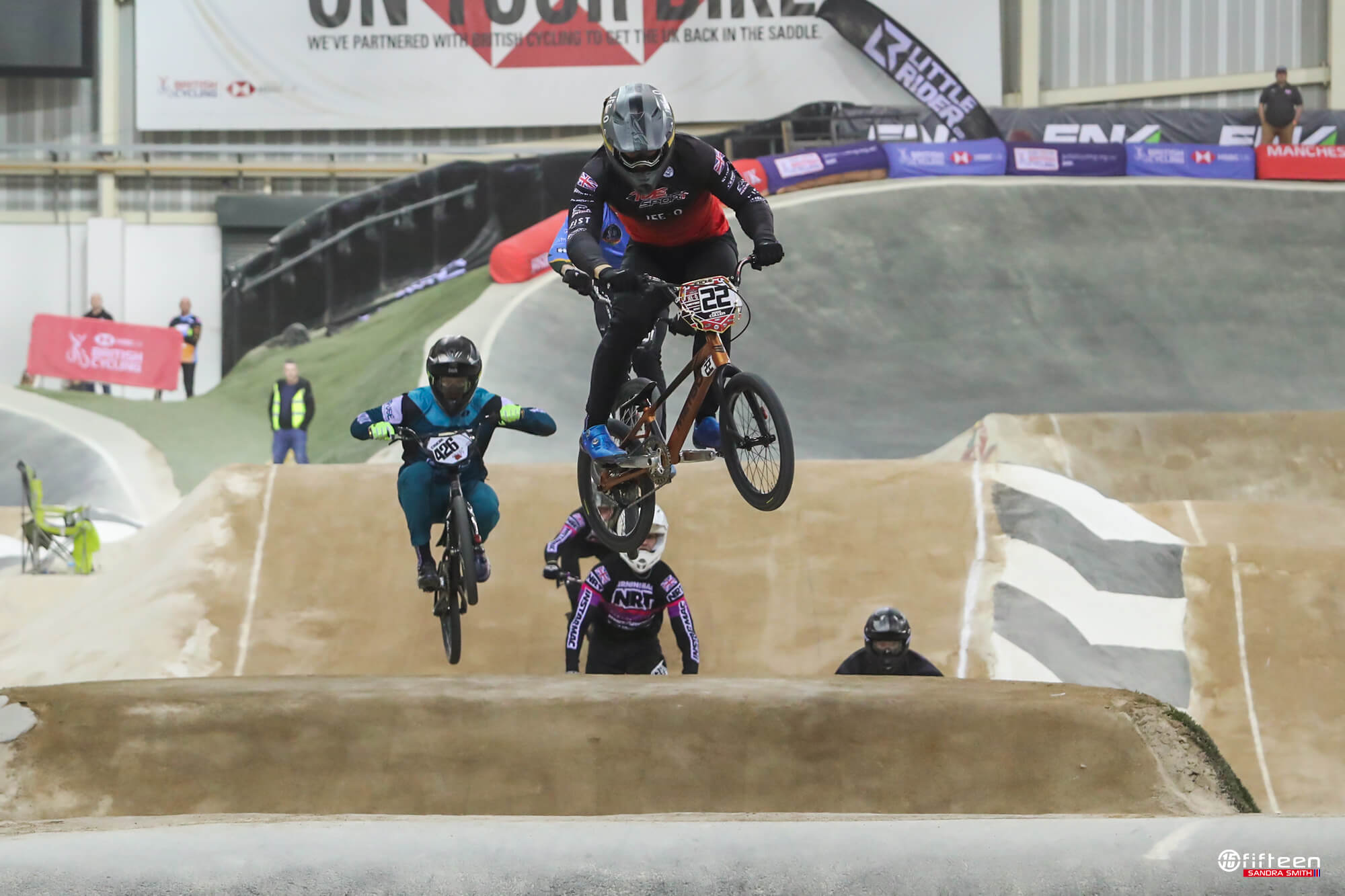 Australia’s Joshua Mclean has been absent from the UCI World Cup circuit for a while now, instead preferring to concentrate on killing it at the USA BMX National Series, but the current US Number 2 is making his World Cup return this year. Josh won’t be in Scotland but will be in The Netherlands and Colombia, when we asked where he’s most looking forward to, he told us, ‘Papendal for sure, but also Columbia as I’ve never been’ but when asked where he thinks the UCI should go next, it was an easy answer, ‘Australia again, it was great to race in my home country!’ Josh’s goal for the 2022 series is to be ‘consistently in mains’ … and if his US form is anything to go by that is exactly what we’d expect. When pressed on who might be making podiums, he was a little coyer, ‘The field of great riders we have is so big so if anyone makes a podium, they probably deserve it, and it wouldn’t be unexpected’. 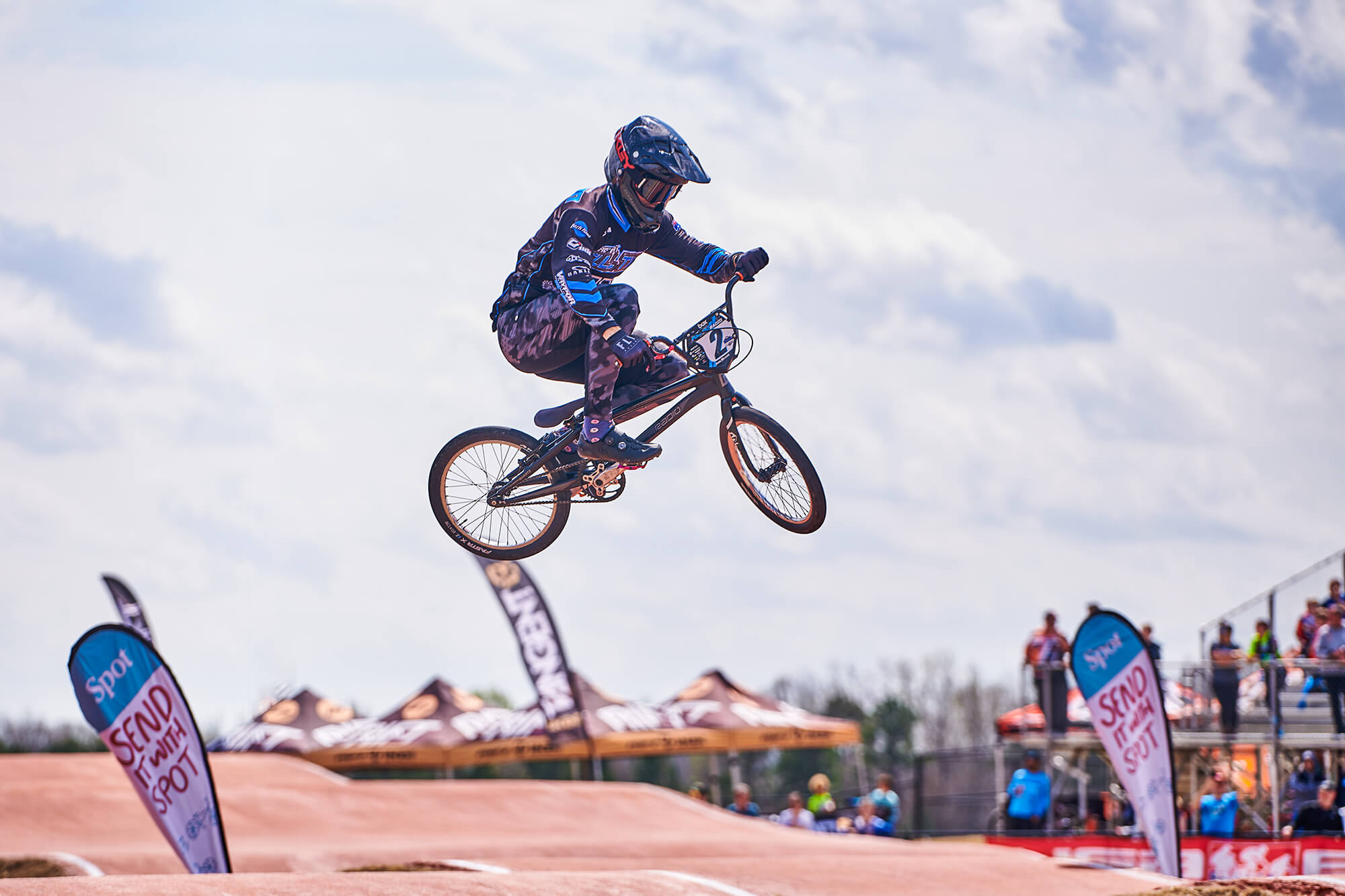 Like we hinted at earlier, we may be most intrigued by the Women’s battle, we haven’t seen them all at the same event so far this year, and when you scratch the surface, we sense real rivalry and tension simmering … Glasgow may just be explosive! Laura Smulders, who has briefly turned her gaze to the US title, where she’s undefeated this year, is back in Europe for the UCI opener and will be looking to pick up the 2022 series where she left the 2021 one, where she won the final three rounds. ‘I’m looking forward to starting the World Cup season,’ Laura told us, ‘I feel like I’ve already done a whole season up until now haha, so much racing! Not used to it anymore but loving it! I think it’s exciting to go to Glasgow, not the first time for us Euro’s but a new venue on the World Cup scene is always good! Of course, I look forward to Papendal the most, home track, the home crowd always gives that extra dimension to a World Cup! I didn’t go to Bogota last year, so first time for me, it’s a bit unfortunate we are racing back-to-back weekends on the same track again, but it is what it is. Definitely good to have South America in there too!’ 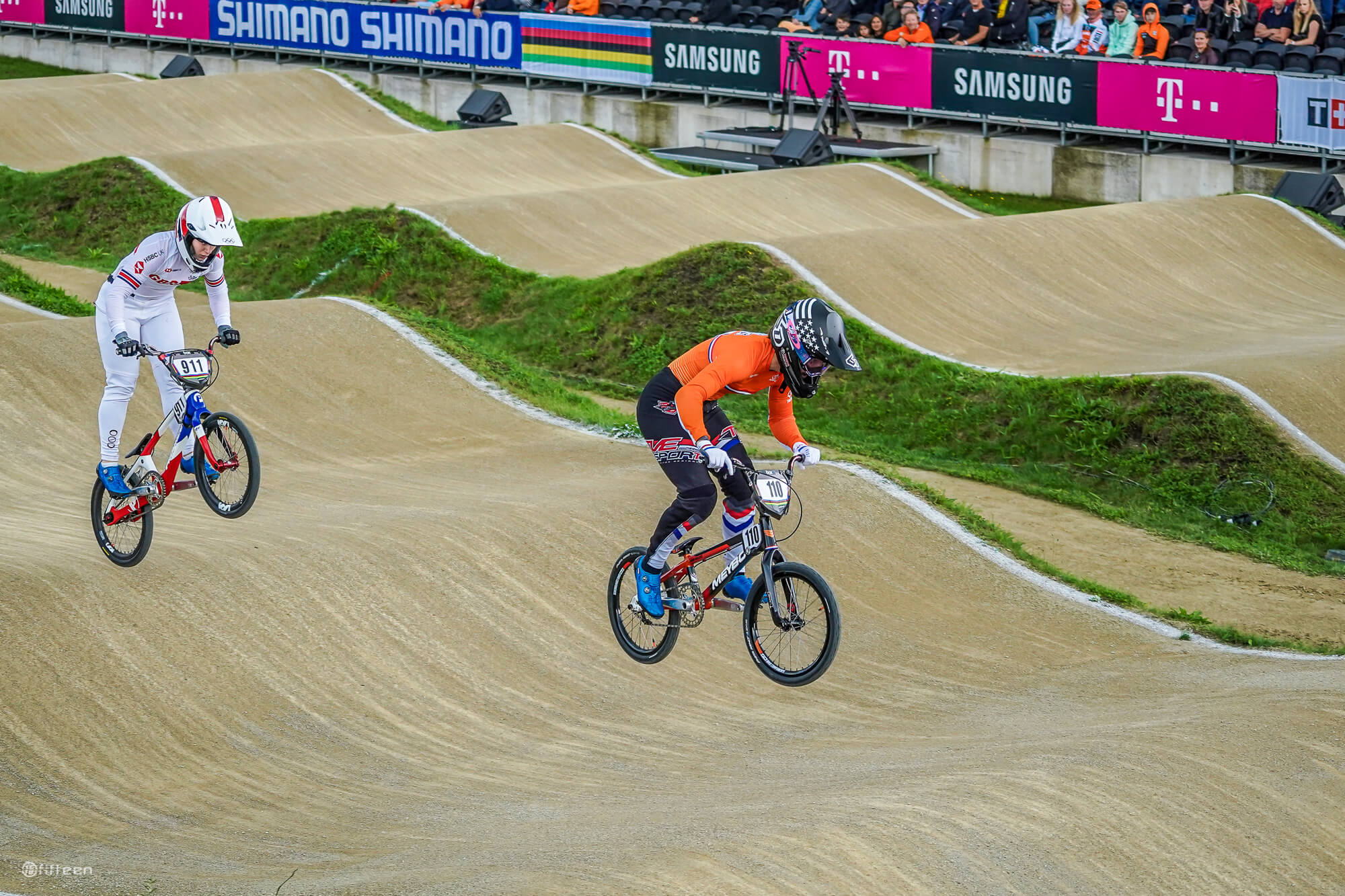 We’re excited to see how this all plays out this year, eight rounds to decide the title before we move into yet another Olympic Qualifying cycle in 2023 including all the pressure and intrigue it brings … for 2023, we’re in agreement with GB’s Ross Cullen, we’d like to see an Olympic preview in France, ‘I’d love to see another World Cup in Paris; I love the track and you always get a big turn out there!’ But 2023 seems a long way off just now … we’re packing for Scotland.